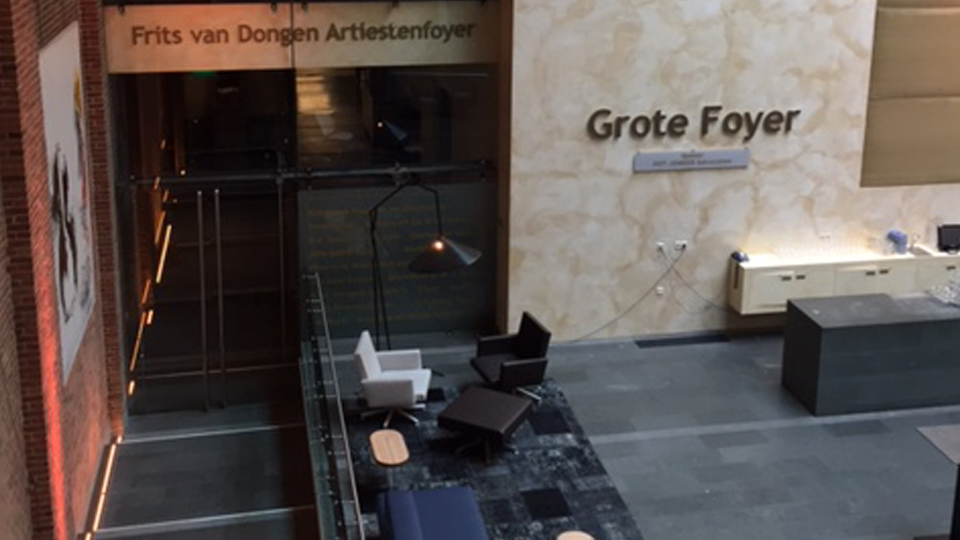 The Stadsschouwburg & Philharmonie is hosting the week-long seminar in Haarlem, the Netherlands

The Stadsschouwburg & Philharmonie is an historic theatre and concert hall which regularly hosts concerts, ballets and orchestras in Haarlem, the Netherlands. For several days this week, it will also host the week-long seminar we are experiencing alongside graduate students from the University of Georgia’s Institute of Higher Education. In addition to the performance space, the Philharmonie also features meeting and entertainment space that may be utilized by individuals or groups.

Representatives from the University of Twente’s Center for Higher Education Policy Studies (CHEPS) secured an area for our group, and we spent the day learning from administrators with expertise in European higher education. We started with Prof. Harry de Boer explaining the history and current state of the European Union (EU) and ended with Prof. Jon File, former CHEPS director, discussing higher education governance among EU institutions.

Although many of the European policies and procedures are different than the United States, there are many similarities. For example, resource allocation, academic reputation and faculty engagement appear to be universal.