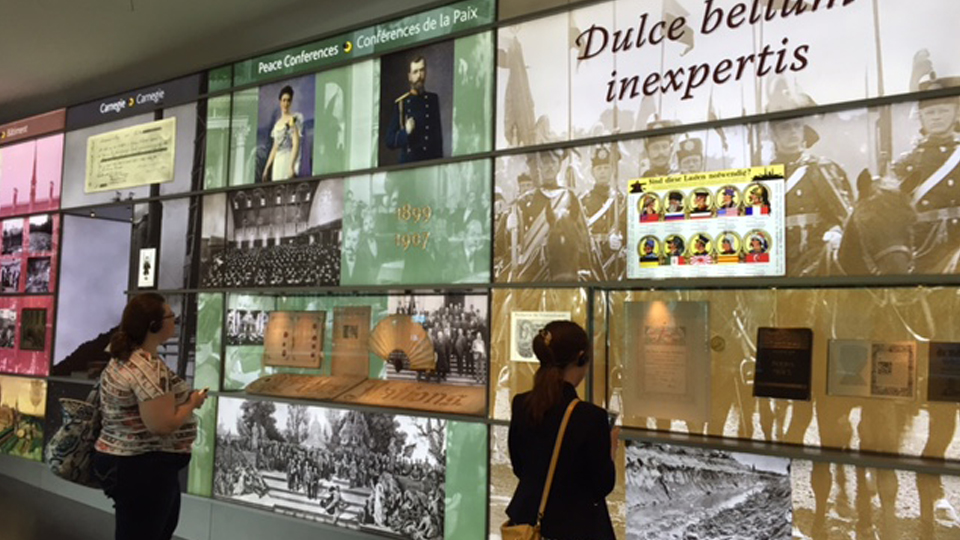 The Peace Palace was completed in 1913, and was a response to the wars and conflicts that plagued society in the 1800s

The students started with a morning seminar that included a lecture and panel discussion. The lecture focused on Leiden University, the oldest institution of higher learning in the Netherlands, and the panel highlighted differences between the former Soviet Union countries of Estonia, Lithuania and the Czech Republic.

Along with the students, we learned the impact of Communism on nations varied greatly, and it uniquely impacted higher education. Many once state-controlled institutions continue to recover more than two decades after their independence. Also, we learned Leiden was founded in 1575 as a “Bastion of Freedom.” It is an international research university with a large medical centre and campuses in both Leiden and The Hauge.

The Hauge is a city on the North Sea, and is home to the Dutch parliament and the Peace Palace. After touring both Leiden University and the surrounding community, we were treated to a special behind-the-scenes experience at the palace. The palace was completed in 1913, and was a response to the wars and conflicts that plagued society in the 1800s. American steel magnate Andrew Carnegie provided funds for the facility, and the Carnegie Foundation continues to support its activities, which are meant to promote peace and justice between and among countries around the world.