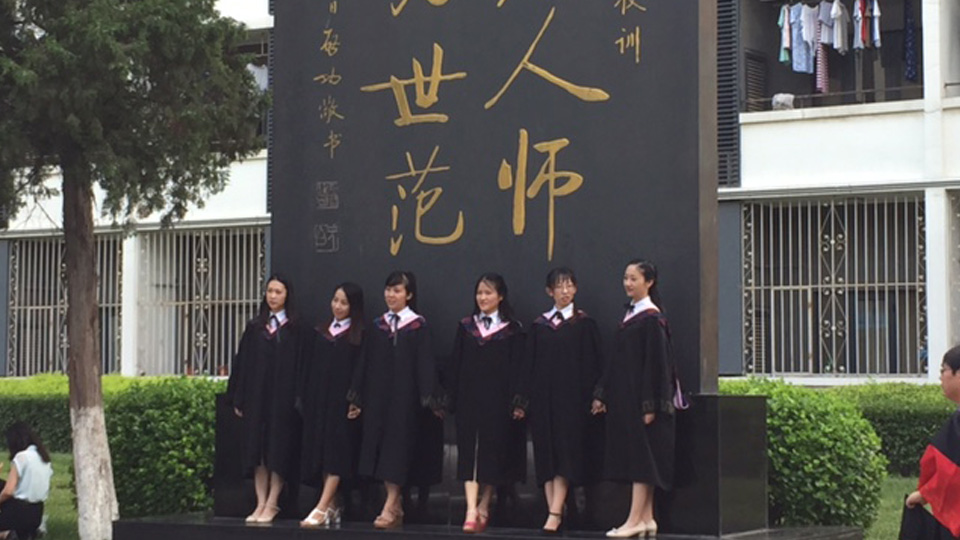 There are some ceremonies and rituals that need no explanation. Today, we, along with students from the University of Georgia’s Institute of Higher Education, saw an example of this first hand while visiting Beijing Normal University on the second day of a week-long education abroad seminar in China. (As an aside, the 2017 SEC Professor of the Year, Dr. James Birchler from the University of Missouri, is an Honorary Professor at this same institution.)

Following an afternoon lecture on the administrative governance of higher education in the nation, our group attempted to tour the city campus that serves as home for more than 22,000 students and 1,700 faculty. However, it was difficult to maneuver through the grounds on this particular afternoon since it was graduation day at Beijing Normal.

Our tour guide was one of the very recent graduates and agreed to show us around before herself heading off to graduate school at Oxford. Although the young lady tried valiantly to direct our focus to important buildings and landmarks, we were all more fascinated by the new graduates, still in caps and gowns.

Several members of our group observed that the experiences for these students were quite similar to those throughout the SEC. There were photos taken at important statues, parents doting on their children and graduates sharing memories with friends.

Although none of us could understand what anyone was saying (No one in the group speaks Mandarin.), the smiles and laughter are part of a universal language that we all could understand.