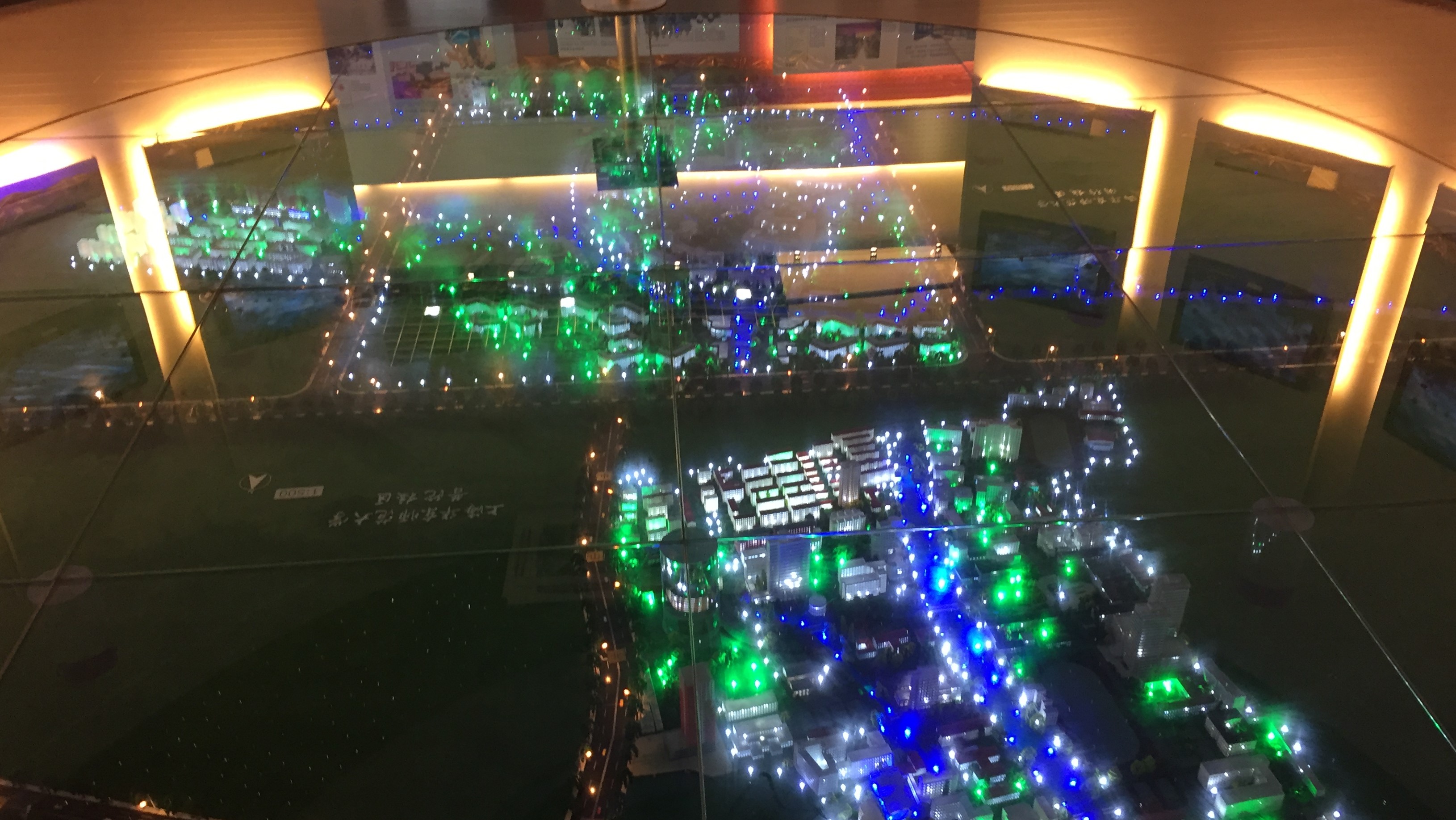 A lighted 3-D presentation of the original and current East China Normal University campus in Shanghai.

Internationalization was the focus of today’s presentations to students from the University of Georgia’s Institute of Higher Education. Our contingent began the Shanghai portion of the week-long seminar at East China Normal University, and we participated in discussions with two administrators about the processes and approaches taking place in China relative to education beyond the nation’s borders.

The presenters mentioned the myriad of ways campuses are becoming increasingly popular for non-Chinese students and faculty. They described education abroad opportunities and exchanges, but spent a significant amount of time explaining a partnership with New York University where the two institutions have formed a campus that grants dual degrees, based in China. The motto of this university implores students to make the world their classroom (as translated from Mandarin).

In addition to the NYU Shanghai campus, East China Normal also fosters internationalization efforts through a global park that provides resources and support for non-Chinese universities to establish centers and institutes in partnership with the Chinese university. According to the presenters, the aim of these and other efforts is to create students who are global citizens.