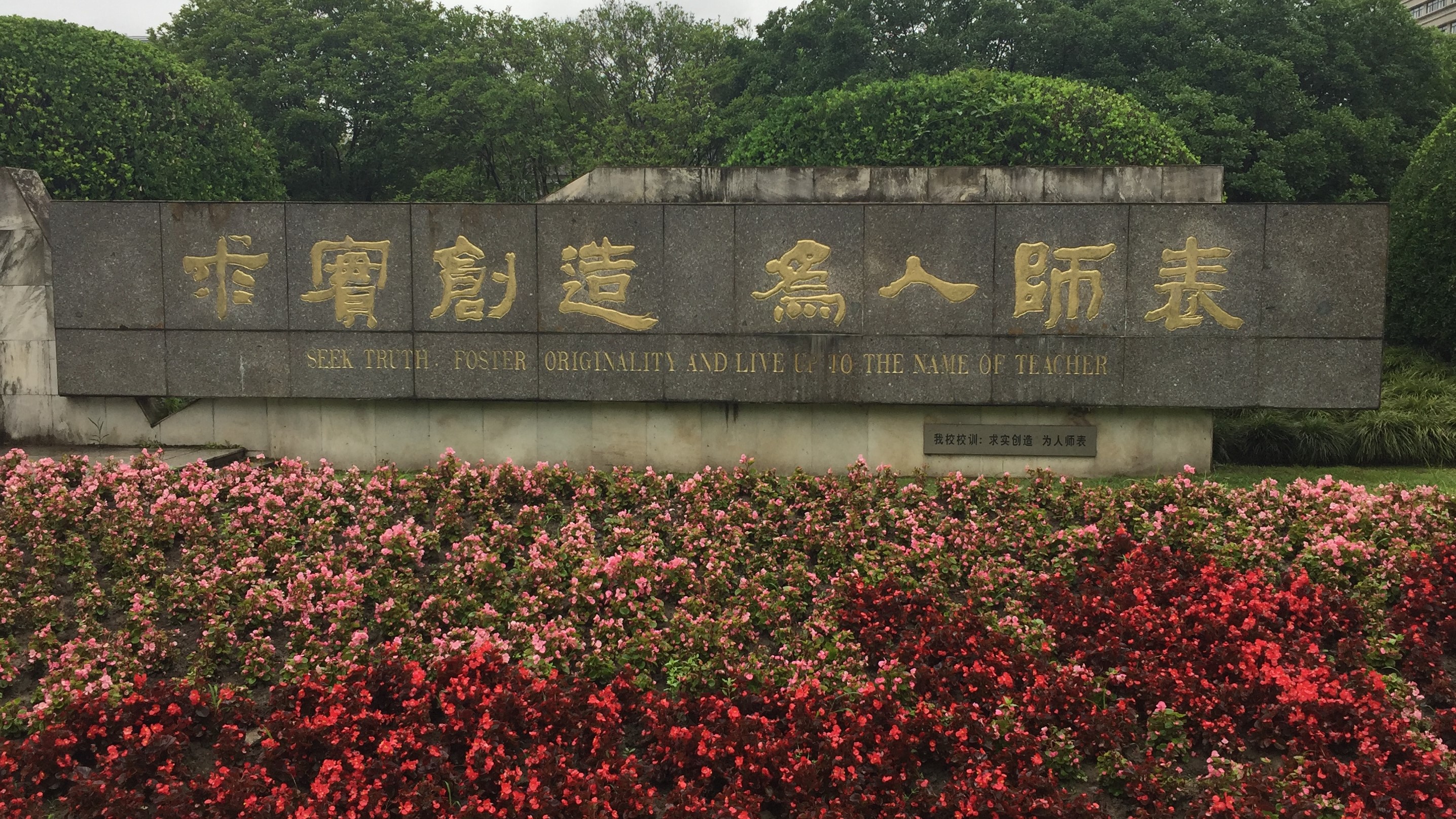 The motto of East China Normal University in Shanghai is to "Seek Truth, Foster Originality, and Live up to the Name of Teacher"

The seminar in China has ended, and we have a few observations after spending a week with students from the University of Georgia’s Institute of Higher Education. Together we learned about Chinese higher education from a variety of faculty and administrators from five universities in Beijing and Shanghai.

First, we had to accept that we would probably not be able to communicate well with anyone other than the people on the trip. Although we had representatives from each university with us in both cities who were able to translate and explain what we were seeing through the bus windows, it was rare to hear English in any non-class session context. (And you may recall from an earlier post that one presentation was actually in Mandarin.)

Second, there were obvious infrastructure differences between the two cities. In Beijing there are still countless, old-world style pagodas in use (at least in the areas we visited), but in Shanghai those types of historic buildings have been replaced by high rises. (As an aside, the traffic was painful in both places — 1:30 minutes to go about 15-20 miles.)

Third, it appeared Shanghai wants foreigners to feel welcomed in a different way than Beijing. In Shanghai the street signs often had English translations and most of the buildings included Chinese characters alongside the English words or phrases. There were few similar “accommodations” in Beijing for visitors or residents who don’t speak and/or cannot read Mandarin.

From an academic standpoint, it was clear the Chinese are proud of the success of their students, and they are working hard to open their doors to students and faculty from around the world. However, they are not satisfied, stating they must improve their students’ critical thinking skills and increase access to higher education for poor students.

As expected, we had an informative trip and travel adventure with a group of 15 future leaders in higher education.