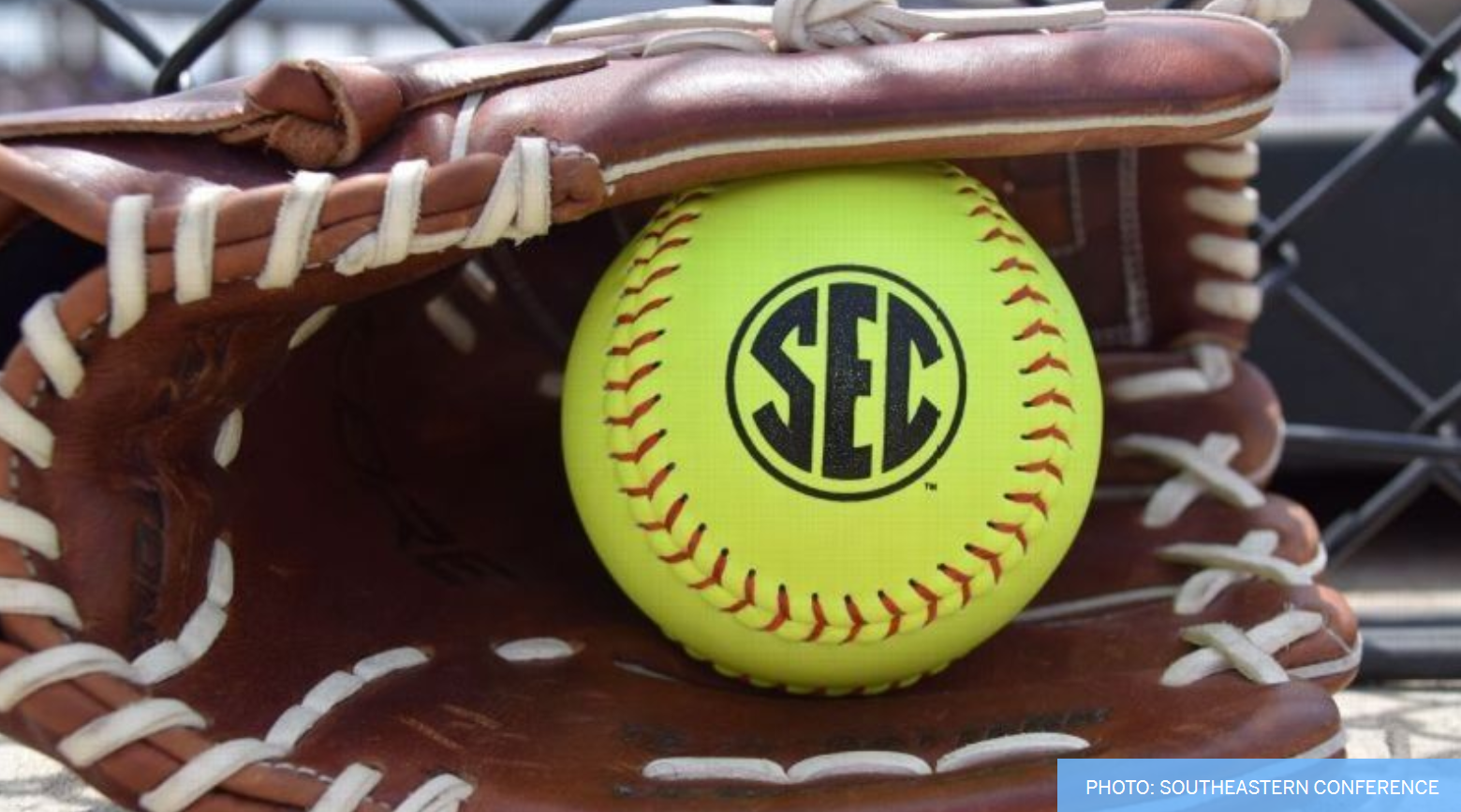 As softball’s representative for the Student-Athlete Advisory Council, Tow is involved in a number of community service initiatives at the University of Alabama. Annual events involving a number of student-athletes include the Halloween Extravaganza event with local children and Project Angel Tree, where student-athletes donate money, shop and wrap Christmas gifts for local children. Additionally, she participated in Just For You Day, an event to honor cancer survivors and those still battling cancer, worked with young children as part of the Alberta Head Start program, volunteered with Habitat for Humanity and the Miracle League of Tuscaloosa.

Gibson has been an instrumental part of the community with her efforts off the field. In the last year, she has participated in over 30 hours of service to the community. Gibson helped cook dinner for local service missionaries and church volunteers. Even during the pandemic, she stepped up by writing letters to the Miracle League and frontline COVID-19 workers and send videos to kids at Arkansas Children’s Hospital. For accumulating the most community service hours of any Razorback student-athlete, Gibson was awarded the Lee Spencer Individual Champion Award at this year’s HOGSPY Awards. Gibson excels in the classroom and earned SEC First-Year Academic Honor Roll honors.

Balancing her demands as Auburn’s team captain and a Division I student-athlete on top of working towards her master’s degree, Perry still finds ways to give back to the Auburn community. Navigating through the COVID-19 pandemic has presented a challenge, but she still found ways to give back. The biggest endeavor was heading up Auburn softball’s donations to Project Angel Tree in December as the Tigers provided Christmas gifts to 11 children in need. Throughout her time at Auburn, Perry has also given her time at Morningside Assisted Living home, the Big House Foundation, Dean Road Elementary School and Storybook Farms. She previously represented Auburn on the 2020 SEC Community Service Team. Perry is a four-time SEC Academic Honor Roll member and was named to the 2020 CoSIDA Academic All-District Team. In 2020, she won Auburn Athletics’ prestigious Virgil Starks III Passion Award, which honors a student-athlete who demonstrates exceptional spirit by encouraging, playing hard and maintaining a winning attitude on and off the field.

The University of Florida Softball Team

Finding the time to serve the community as a student-athlete could be considered a challenge, especially during a global pandemic. Despite the obstacles, the entire Florida softball team found a way to be active. With the 2020 season cut short and social issues at the forefront, team members focused their time and energy to help spread awareness and enact change. Through their social media channels, participating in peaceful Black Lives Matter marches and the use of physical symbols when they take the field such as “BLM” ribbons and helmet stickers. Team members hope that their efforts reach people that might be unaware of issues still affecting society today. The team also focused on

continuing to bring awareness to pediatric cancer with the annual “Yellow Game” and “Sunflower Saturdays”, along with organizing, wrapping, packing and sending Christmas presents to 34 children within Friends of Jaclyn organization. Also, this year, the Gators and every SEC program participated in the “All for Alex” campaign bringing awareness to ovarian cancer. In addition, several members of the team have also been able to make an impact through service by being active in leadership organizations such as the Student-Athlete Advisory Committee, the Black Student-Athlete Council and the PRIDE group. Finally, with the program celebrating 25 years of Florida softball, team members have made an effort to reconnect with every Florida softball letterwinner in program history via sending personal letters.

Avant is the chair of the Social Committee within SAAC. She has spearheaded the student-athletes collection of back packs and supplies for Bigger Vision Community Shelter for the homeless. Avant has volunteered with the Georgia/Auburn challenge collecting toiletries and personal hygiene items for The Cottage, an agency that raises awareness and facilitates the healing of individuals, families, and communities affected by sexual violence and child abuse. She also collected healthy snacks “Food2Kids” for the Food Bank of Northeast Georgia. She has also been a Special Olympics volunteer and Food Bank “Hunger Bowl” volunteer. Avant was a member of the 2019 SEC Softball Community Service Team. Avant graduated in May 2020 with her undergraduate degree in Marketing and became a Double Dawg in May 2021, earning her master’s degree in Marketing Research. Off the field, she was a member of the Kappa Alpha Theta sorority in undergrad, serving on the bi-laws committee as well as fundraising and assisting with Rock the CASA and Boots & BBQ event to benefit Clarke County CASA. Avant served a Terry College of Business Ambassador, member of the UGA Leadership and Education Development (LEAD) program, a SAAC representative, a member of the Alpha Lambda Delta honors society and Order of the Omega. She is a multi-time member of the SEC Academic Honor Roll.

Humes organized a community service trip to Central America in the summer of 2019 where she helped create better conditions for those in lower-level living conditions. She has also worked with God’s Pantry in Lexington, packing bagged lunches for underserved communities and elementary school children in the Lexington area as well as assisting with a Special Olympics camp at John Cropp Stadium. Additionally, Humes has spent time with the Miracle League in Lexington during the softball offseason as well as volunteering countless hours with Kentucky’s Fellowship of Christian Athletes, where she is a very active member of that organization.

Gorsuch is a leader on and off the field for the LSU Softball program. Just this year, she volunteered more than 25 hours in the community. Gorsuch has served as the lead contact on the Hope Under the Tree project, organizing team efforts to fundraise and stuff stockings for families. She participated in the Dancing with Big Buddy program and facilitated LSU’s participation in the St. Jude Virtual walk/run. Gorsuch assisted in the Geaux Teal Ovarian Cancer Walk. Over the years, she has been heavily involved in fostering youth participation in softball as a volunteer coach at practices, games and USA Softball Junior Olympic qualifiers.

A staple in the Oxford-Lafayette Community during her career in a Rebel uniform, Loftin has been a frequent contributor to the Reading with the Rebels program, visiting elementary classrooms in the area to read to students, talk about the importance of good behavior and discuss the collegiate student-athlete experience. In a similar fashion, she has donated her time to Reading Across America for the past several years, while also volunteering for the Valentine for Veterans program. This season, Loftin has also played a key role in several team led initiatives, including Ole Miss’ Adopt-a-Basket program and Feed the Sip, where more than 500 items were donated to those in need. Previously, she has also been a participant in Groovin’ at Move In and the Oxford-Lafayette Morning Drop Off Program.

Fagan leads the Bulldogs in community service hours. She has given multiple presentations to young people on the importance of academics and making good grades if they hope to pursue a collegiate athletic career. Over the

course of the COVID-19 pandemic, Fagan spoke to the New Jersey Witches softball organization on four separate occasions. She also served as a guest speaker for the Birmingham Thunderbolts and has visited her elementary school and a local Little League in her hometown. In Starkville, Fagan used her artistic talents to draw a coloring page for patients at the Children’s Hospital of Mississippi. She also recorded a video to send to the children. Fagan has also participated in both the Pink Dawg Walk for breast cancer awareness and the Geaux Teal Walk for ovarian cancer awareness. In addition to her pre-med studies, she is an avid painter and artist.

Kadlec has served with a variety of outlets since stepping on campus. She has spent time serving with the Harry S. Truman Veteran’s Hospital, the Thompson Center for Autism, the Mizzou Youth Experience, and the Food Bank of Central and Northeast Missouri. During the Covid-19 pandemic, Kadlec spent many hours sewing masks for others. She has also attained her EMT license. Kadlec is a Health Sciences major with an emphasis in pre-professional medicine and a minor in biology. She plans to attend medical school after graduation. Kadlec has been involved with Mizzou’s Student-Athlete Advisory Committee (SAAC). She was named to the SEC Spring Academic Honor Roll in 2019 and 2020 and to the First-Year SEC Academic Honor Roll for the 2017-18 academic year. Kadlec was named an Easton/NFCA All-America Scholar-Athlete during both her freshman and sophomore seasons. She was given the “For the Love of the Game” Award by the Mizzou Made program last spring.

South Carolina’s 2021 Female H. Boyd McWhorter Scholar-Athlete nominee, Oh has served as the softball program’s community service liaison since 2019. Over the course of her career, she has served more than 30 hours of community service including volunteering at the Salvation Army in 2017, teaching a self-defense class at the Epworth Children’s Home in 2018 and volunteering at a local school in Puerto Vallarta, Mexico in 2019. Oh was named to the President’s List (4.0 GPA) in 2018, spring of 2019 and spring of 2020. She is three-time NFCA Academic Scholar-Athlete, was named to the SEC First-Year Academic Honor Roll in 2018 and was named to the Dean’s List (3.5 GPA) in the fall of 2017, fall of 2019 and fall of 2020. Oh is a member of the Student-Athlete Advisory Committing, serving as the marking and public relations senior office since 2020. She is a Gamecock Leadership Academy graduate, a Generation Gamecock Mentorship program member, a Senior Staff Mentorship program member and a member of (S)hero.

Seggern has accumulated over 150 hours of community service during her time on Rocky Top. She has spent hours visiting and spending time with children at the East Tennessee Children’s Hospital. Her volunteering at the hospital was not just limited to spending time with kids, as Seggern also helped the nurses clean and sanitize rooms and provided them with any resources she could. She has also served as a mentor for the Vols HELP (healthy eating, living and playing) program at Pond Gap Elementary School while also being involved with the annual Voloween, community holiday meal and Martin Luther King Jr. Day March. Seggern is majoring in kinesiology with a minor in biological sciences. She has been named a 2017 and 2018 Easton/NFCA Scholar-Athlete, landed on the 2016-17 SEC First-Year Academic Honor Roll and has been on multiple SEC Spring Academic Honor Roll listings. In 2019, Seggern was named to the Google Cloud Academic All-District 3 Team and to the SEC Community Service Team. She was also named a Chancellor’s Honors Award winner for Extraordinary Academic Achievement & Scholar Athlete.

Jatzlau has participated in numerous volunteer activities on campus and within the community. She has participated in clothing drives, recycling drives and trash pick-ups throughout the Bryan-College Station area. Jatzlau is a member of Texas A&M’s Student-Athlete Advisory Committee, and this year, she helped with Aggies CAN, which is SAAC’s canned food drive in the fall semester. She participated in a seminar for National Girls and Women in Sports Day, encouraging the youth to have confidence and motivation in their day-to-day lives. Jatzlau also played an active role at the Bonham Elementary School in multiple Aggies MOVE events, which inspires children to have fun, stay active and to move their bodies. Lastly, she was a PenPal for the local Boys and Girls Club in the Brazos Valley.