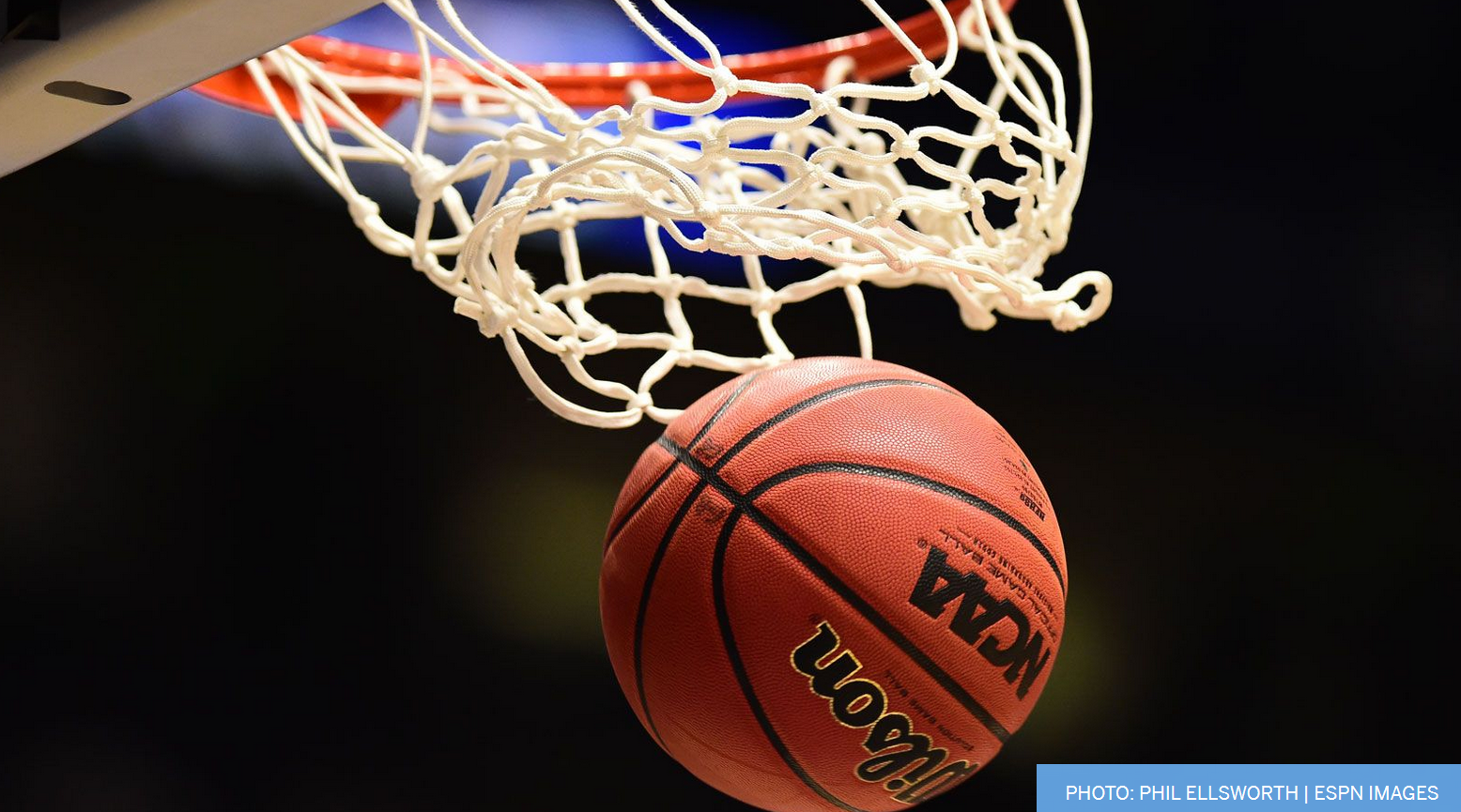 BIRMINGHAM, Ala. – In a continuing effort to recognize the accomplishments of student-athletes beyond the field of competition, the SEC once again highlighted a Community Service Team for men’s basketball for the 2021-22 season.

Keon Ellis led the Crimson Tide in community service hours for the year. Despite being limited due to Covid restrictions, he donated his time during Halloween and handed out candy for children at the Arts and Autism Halloween party. In addition, he participated in a free basketball camp for Embrace Alabama Kids which is a local organization which helps children living in foster care.

In just two short years at Auburn, Dylan Cardwell has easily become a fan favorite due to his infectious and outgoing personality as well as his big heart in the community. Over the summer, he participated in Head Coach Bruce Pearl’s Fore the Children Golf Tournament benefiting Children’s Harbor – an organization that serves seriously ill children and their families in Birmingham, Ala. In the fall, Cardwell assisted with SAAC’s annual food drive which benefited the Campus Food Pantry as well as its Toys for Tots drive during the holidays. This spring, he served as a guest reader for Lee-Scott Academy as part of National Read Across America Day. Additionally, Cardwell attends a weekly service at ONE Auburn – a college ministry at Church of the Highlands. There, he and his small group participates in service projects every first and third Saturday of the month devoting their spare time to Our House Auburn, which is an after-school place for underprivileged kids. He and fellow volunteers help prepare food and snacks, provide tutoring and mentorship, help with upkeep of the facility and grounds as well as play a variety of sports with the children ranging from basketball, kickball and foursquare.

Duruji has been presence in the Gators’ community efforts throughout his time in Gainesville. He has participated in numerous summer and after-school programs at a local school, volunteered at the annual Climb for Cancer event hosted by Florida student-athletes and spent time volunteering at a domestic violence shelter. Duruji has also been a part of the SEC’s Men’s Basketball Leadership Council and was a founding member of UF’s Black Student-Athlete Council.

Since arriving in Athens last summer, Jabri Abdur-Rahim has been a team leader within virtually every community service effort Georgia Basketball has undertaken. Most notably, Abdur-Rahim has led the Bulldogs’ connection with the Athens Boys & Girls Club, where former Bulldog Derrick Floyd, a co-captain of Georgia’s 1983 Final Four team, serves as Director of Operations. Last summer, Abdur-Rahim helped coordinate multiple trips to multiple Boys and Girls Club locations by the Bulldogs to the provide basketball instruction and interact with children. In December, Abdur-Rahim helped with the Bulldogs’ sponsoring for a holiday shopping spree for 30 deserving elementary school Boys & Girls Club members. Abdur-Rahim’s involvement in the community also includes his serving as a team representative on the Student-Athlete Advisory Committee and its numerous efforts to assist within Athens and surrounding areas.

Known for his tenacity on the court, sophomore Lance Ware’s passion has been equally as evident away from basketball as he’s emerged as one of the most engaging and compassionate student-athletes on campus. During his two years at UK, Ware has spent more than 100 hours working with children at basketball camps or volunteering for community engagement projects across the state of Kentucky. This past summer, Ware visited with hospital staff in Covington, Kentucky, which served as the region’s primary COVID-19 hospital, to thank the staff for its work during the pandemic and also visited Pillar in Crestwood, Kentucky, to share in a field day with adults living with developmental disabilities. Throughout this season, Ware has also participated in food packaging and delivery for God’s Pantry and multiple holiday outreach projects through the Salvation Army, as well as helping with UK Athletics’ tornado relief telethon with the Red Cross that raised more than $5 million for those in need in the western part of Kentucky. Ware’s popularity as the emcee of summer basketball camps has also carried over into his work during the season as he’s visited with military families at Fort Knox and visited with elementary students in Fayette County Schools. Last season, with more strict health and safety protocols in place, Ware participated in multiple Zoom sessions to inspire local elementary students and holiday outreach projects through the Salvation Army. He and his teammates also participated in a virtual “Read Across America Day” session.

Efton has been involved in several projects including the Halloween Boo-zar sponsored by the athletic department and student life that allows to players to interact with youngsters in a sports setting for a safe Halloween experience. Efton also helped with Coach Wade’s annual shopping spree for members of the local boys and girls club. Efton and other players took youngsters around a local store helping them purchase Christmas presents for them and their family members. He used his personal previous life experiences to help his young boys club member make great choices that made it a special Christmas for him. Most recently he participated in a Black History Video that our video department put together with the basketball program.

Joiner is a staple in his hometown Oxford community, helping take part in several community service efforts throughout his time at Ole Miss. Among those efforts, he has helped with head coach Kermit Davis’ reading enrichment program, Kermit’s Kids, as well as two different initiatives with the local Court Appointed Special Advocates (CASA) of the United Way chapter in Oxford and Lafayette County – the CASA Superhero Run and the CASA Adopt-A-Child annual holiday project. Joiner has also been instrumental in two programs helping distribute food assistance to communities in need throughout the state of Mississippi: the Feed the Sip initiative and the annual Thanksgiving Adopt-A-Basket project. Joiner is additionally a frequent visitor on trips to Le Bonhuer Children’s Hospital in Memphis.

Stansbury has been involved in numerous community service projects which include a book drive where student athletes are involved in collecting books to donate to the local elementary school in Starkville. He also has written pen pal letters to students at the Partnership School encouraging them to have a successful year in addition to Dawg Duty Program where student-athletes welcome elementary aged students to school in the morning.

A leader on and off the court, Pickett has led Mizzou in its community service efforts this season in a variety of different areas. Pickett has been an active member in the community, working with the Boys and Girls Club of Columbia in a variety of fashions, including a basketball workshop. He has also spent time serving the The Food Bank for Central & Northeast Missouri, helping package and distribute food to the local community. Pickett has spent a considerable amount of time giving back to the campus community as well, volunteering at the Mizzou Halloween Trick-or-Treat event and doing various campus outreach events.

Since arriving on campus in the summer, Wright has been actively involved in different service outreach projects from the get-go. The Fort Mill, S.C., native leads the team in community service hours. He participated in a six-week pen pal program over the summer with a local camp. He has also participated in packing school supplies into backpacks that were delivered to that same camp. Wright also spent time reading for a local school district’s upcoming March Madness reading campaign.

Graduate forward John Fulkerson has racked up more than 75 service hours in his time as a Vol, primarily serving at the Emerald Youth Foundation of Knoxville, the annual Hoops for Hope event and at East Tennessee Children’s Hospital. Through his countless efforts in and around the Knoxville community, Fulkerson has established lasting relationships with people from all backgrounds. The sixth-year senior has also regularly responded to fan requests on social media, making multiple goodwill appearances at events ranging from birthday parties to retirement gatherings and church outings.

Trey Thomas has been a leader in Vanderbilt’s volunteer efforts throughout the season. Helping kick off the school year, Trey volunteered at the Jones Paideia Elementary School back to school event in the fall. He helped assemble grocery bags full of food for community members and delivered them to families who attended the event. Later in the fall, Trey assisted at the lunch for the Friend’s Life Organization on campus. He had lunch and visited with adults from the organization. Friend’s Life helps adults with special needs. The Vanderbilt men’s basketball team has a special relationship with the Vanderbilt University Medical Center. Teaming up with Turner’s Heroes, Trey and his teammates decorated capes for the brave boys and girls at the medical center in time for them to wear at Halloween. Trey and the rest of the Dores walked to the medical center to hand deliver the capes to be distributed.