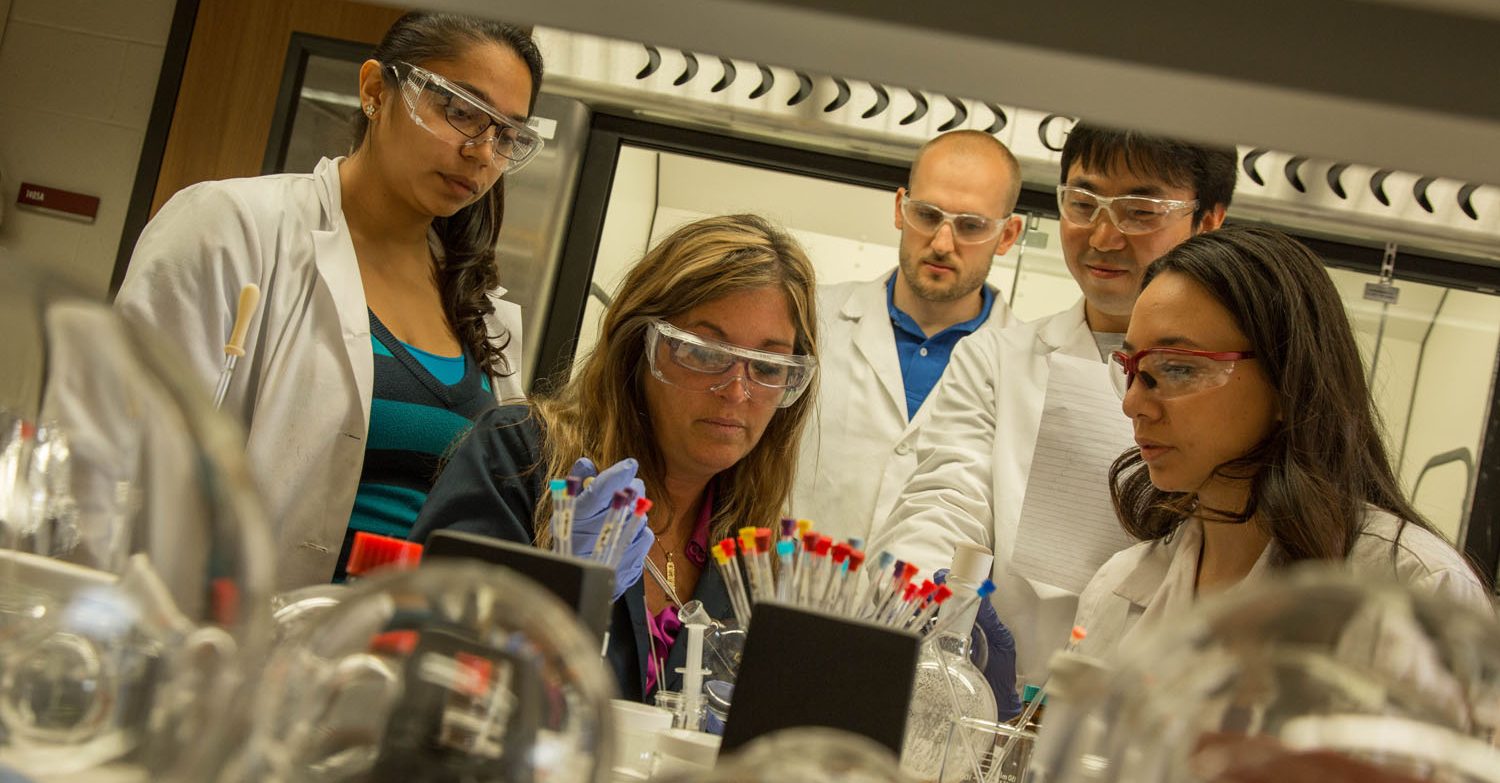 2021 SEC Professor of the Year, Dr. Karen Wooley, with students in her lab at Texas A&M University.

BIRMINGHAM, Ala. – All 14 member universities in the Southeastern Conference have maintained their status as doctoral universities with the highest level of research activity, as designated by the Carnegie Commission on Higher Education, the SEC announced on Wednesday.

This top designation, also known as Research 1 or R1, recognizes the nation’s most elite research universities. According to Carnegie Commission data, fewer than four percent of all U.S. educational institutions are included in the classification, and the SEC is one of only four NCAA conferences with all its members in the top category, for the second consecutive reporting cycle.

“For decades, SEC faculty and students have received numerous grants, awards, and honors for their research, and they, along with our research administrators and staff, are the reason our universities continue to be among the most prolific in the nation,” said SEC Commissioner Greg Sankey. “It is rewarding to see the broad reach of our research recognized through the Carnegie Commission’s Classification.”

Combined, SEC universities’ research and development expenditures total nearly $6 billion and their economic impact is approximately $80 billion. Research from SEC institutions is wide-ranging, including agricultural advances aimed at improving the human condition, medical discoveries that save lives, and technological breakthroughs that protect the nation and its infrastructures.

Since 2013 the SEC has supported several research-focused endeavors for its universities. Past activities include the SEC Symposium, which was designed to address a significant scholarly issue by utilizing the disciplinary strengths of all SEC universities; the SEC Academic Conference, which showcased SEC research in an area of scholarly interest to a range of stakeholders; and the SEC Faculty Travel Program, which continues to enhance collaboration by establishing an opportunity for SEC faculty to exchange ideas, develop grant proposals, and conduct research together.

Recently, the SEC announced formation of an artificial intelligence and data science consortium for workforce development, which is designed to grow opportunities in the fast-changing fields of AI and data science. The Conference also created the SEC Emerging Scholars program to support the next generation of SEC educators and scholars.

“The 14 members of the Southeastern Conference have fully embraced the tri-fold mission of the American research university: to teach, research, and serve,” said Jere Morehead, President of the University of Georgia and the SEC. “Throughout the Southeast and across the country, our discoveries, innovations, and expertise are improving quality of life and unlocking opportunity, and I commend our faculty, staff, and students for their commitment to the noble purpose of higher education.”

According to its website, the Carnegie Commission on Higher Education developed the Carnegie Classification in 1970 to support its program of research and policy analysis, and it is believed to be the most comprehensive review of educational institutions in the U.S. In making its periodic designations, the Commission considers research funding, research staff and the number of doctoral graduates.