Dr. J. Marshall Shepherd from the University of Georgia Named 2022 SEC Professor of the Year 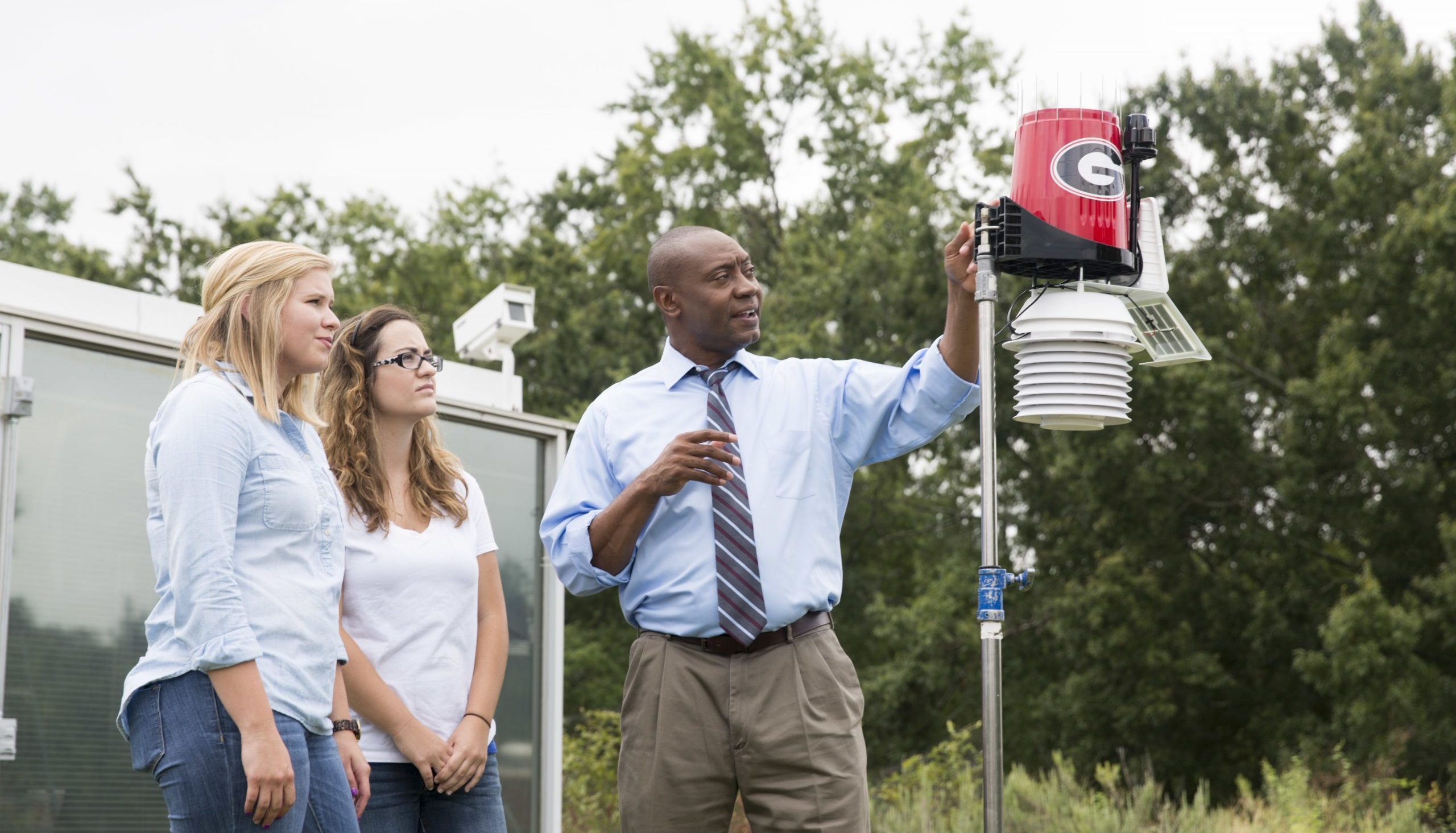 BIRMINGHAM, Ala. – Dr. J. Marshall Shepherd, the Georgia Athletic Association Distinguished Professor of Geography and Atmospheric Sciences in the Franklin College of Arts and Sciences at the University of Georgia, has been named the 2022 SEC Professor of the Year, SEC Commissioner Greg Sankey announced Wednesday. Dr. Shepherd is the second recipient from the university since the award was established in 2012.

“The SEC Professor of the Year award is a unique opportunity for us to recognize one of the many faculty members whose commitment to students remains undeterred, even as they make groundbreaking contributions to their fields,” said Sankey. “Dr. Marshall Shepherd  is a pioneer, and he embodies all that we expect a faculty member to be in the Southeastern Conference. We are pleased to bestow upon him our highest faculty honor.”

Dr. Shepherd is a member of the National Academy of Sciences, National Academy of Engineering, and the American Academy of Arts and Sciences, the only person in UGA history to be elected to all three distinguished associations. He is Director of UGA’s Atmospheric Sciences Program, previously served as Associate Head of the Department of Geography, and he holds a joint appointment in the College of Engineering. Dr. Shepherd is a Fellow of the American Meteorological Society (AMS), and in 2013, he served as its president, becoming the second African American to hold the position.

His research focuses primarily on hydrometeorological extremes, urban climate, and the intersections of atmospheric sciences with society. Dr. Shepherd’s TED talks have been viewed nearly three million times; he has more than 100 peer-reviewed publications; and he has been supported with $30 million in grants and awards. He hosts The Weather Channel’s award-winning “Weather Geeks” show/podcast, and he routinely appears on programs and media outlets such as CBS Face the Nation, NOVA, the Today Show, CNN, and Fox News, among others.

“Dr. Shepherd is a celebrated teacher and scholar who has shaped a generation of atmospheric scientists, and his professional leadership and public engagement – in Georgia and nationally – are unrivaled,” said Jere W. Morehead, President of the University of Georgia. “He is deeply committed to fostering diversity in climate-related fields, as evidenced by his personal recruitment and mentoring of African American students in his department. Dr. Shepherd combines extraordinary instruction with pioneering scholarship and an unwavering commitment to applying his expertise for the benefit of communities across the nation and beyond.”

Dr. Shepherd moderated the White House Champions for Change event and is an alumnus of the SEC Academic Leadership Development Program. President George W. Bush honored him with the Presidential Early Career Award for pioneering scientific research in weather and climate science, and he is frequently sought to advise Congress, the White House, and broader institutions.

Dr. Shepherd’s additional honors include the Friends of the Planet Award from the National Center for Science Education and the American Geological Institutes Award for Engagement in the Geosciences. He has received the UGA Franklin College Sandy Beaver Award for Excellence in Teaching, and he continues to serve on numerous committees and advisory boards on campus and in his professional associations.

The SEC Professor of the Year Award is given annually to one SEC faculty member whose record of teaching and research places him or her among the elite in higher education. Winners are selected by the SEC Provosts from among the 14 SEC Faculty Achievement Award recipients. In recognition of the honor, the SEC will provide Dr. Shepherd with a $20,000 honorarium.

The SEC Faculty Achievement and SEC Professor of the Year Awards are foundational programs designed by the SEC to support and promote the academic endeavors and achievements of its students, faculty, and administrators.

HERE is a list of past SEC Professor of the Year Award winners, including UGA’s first winner, Dr. Loch Johnson in 2012.