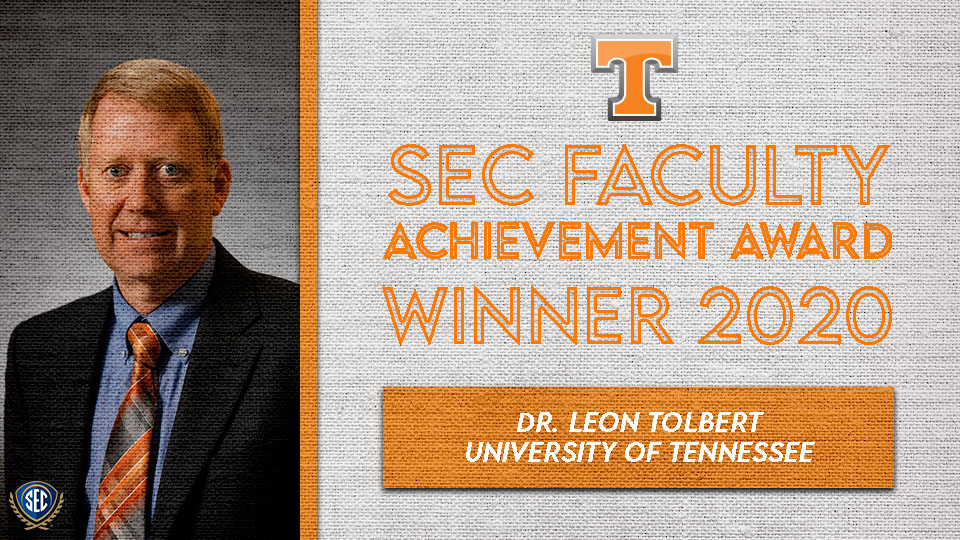 BIRMINGHAM, Ala. – Dr. Leon Tolbert, Min H. Kao Professor of Electrical Engineering and Computer Science in the Tickle College of Engineering, has been named winner of the 2020 SEC Faculty Achievement Award for the University of Tennessee, the SEC announced Wednesday, April 15.

Dr. Tolbert is a registered professional engineer in the state of Tennessee and a Fellow of the Institute of Electrical and Electronics Engineers. He joined Oak Ridge National Laboratory in 1991 and has worked on several projects there for the U.S. Department of Energy. Dr. Tolbert is a founding member and thrust leader for CURENT, the National Science Foundation/Department of Energy research center established to develop technologies for the future electric grid. He has received several awards from his peers, such as the National Science Foundation CAREER Award, and at the University of Tennessee, including the Chancellor’s Citation for Professional Promise in Research and Creative Achievement, twice.

“The holder of nine patents, Dr. Tolbert is an accomplished researcher and leader who is implementing his academic findings in the area of power electronics and electric machinery design in the field every day,” said Dr. David Manderscheid, Provost and Senior Vice Chancellor at the University of Tennessee. “He has received countless awards and is a tireless champion of diversity, excellence and the field of electrical engineering locally, nationally and globally.”