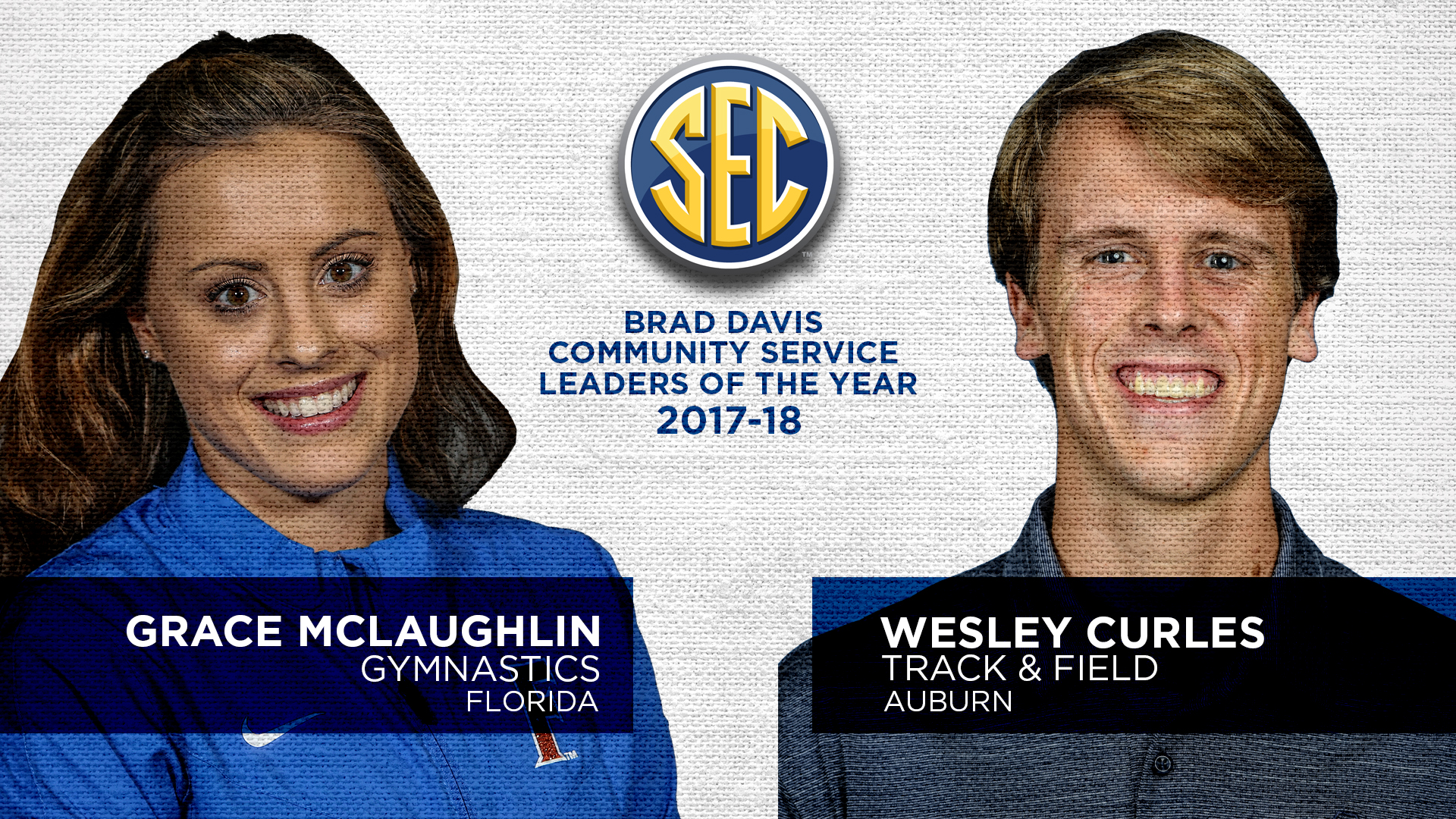 McLaughlin and Curles were chosen by a committee of Faculty Athletics Representatives from SEC universities. Each will receive a $10,000 post-graduate scholarship, provided by the SEC.

“Grace McLaughlin and Wesley Curles epitomize the spirit of the SEC’s commitment to service and they prove through their work in their communities that the young people of our conference really do have the ability to change the world in which they live,” said Sankey.  “Grace and Wesley are outstanding representatives of their respective institutions and the many student-athletes in the SEC who have chosen to make their world a better place.”

The SEC Community Service Post-Graduate Scholarship is named for former Associate Commissioner Brad Davis.  Davis succumbed to cancer on March 2, 2006.  He had been a member of the SEC staff since 1988, first serving as an assistant commissioner until 1994 when he was promoted to associate commissioner.

In addition, the recipients for the Brad Davis SEC Community Service Award from the other Conference schools will receive a $5,000 scholarship, provided by the SEC.

Quotable: ‘From the beginning, I knew that I would dedicate myself to helping the lives of others through either education or medicine.’

Quotable: ‘My relationship with my “little brother” has become the most powerful experience of my time in college. I have had many honest, difficult conversation with him about race, inequality and my childhood.’