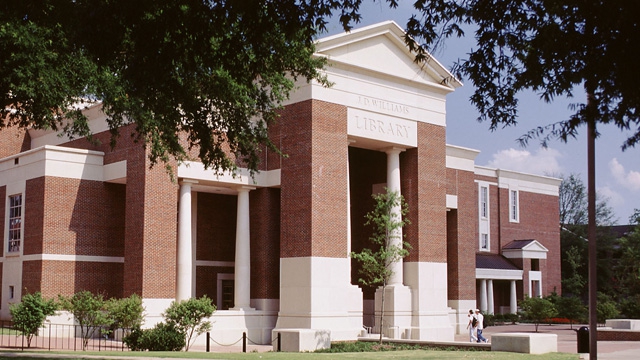 Dr. Robert Khayat has been a part of the University of Mississippi, a charter member of the SEC since its creation in 1933, for more than a half-century. He was a student-athlete from 1956-60, faculty member starting in 1969 and Chancellor from 1995 until his retirement in 2009. His book, The Education of a Lifetime, tells in part, the story of his years in Oxford as an administrator dealing with some of the most tumultuous times in the university’s history.

“I wanted to tell the current story of Ole Miss and change the perceptions that lingered from the past,” said Khayat. “For years, we’ve had difficulty changing the perception, even though the demographics, policies and university have changed.”

One thing that has not changed is the passion for sports, which can become all-consuming if proper perspective is lost.

“The key to having high-profiled academics and athletics is keeping balance,” said Khayat. “In my 14 years as Chancellor, I worked really hard to take care of my business in athletics while never forgetting the reason we are all here is to provide academic opportunities for students and faculty. And if you look around the SEC, you’ll find schools that have fine athletic and academic programs.”

Khayat went on to say he believes having integrity-based, high quality athletic programs can attract people to a university because athletics are so captivating.

A gifted athlete in his own right, Khayat was part of some of the most successful football teams at Ole Miss, and kicker for the Washington Redskins. While playing football professionally, he also earned an advanced degree which helped him understand the need for university faculty to prepare student-athletes for a career outside of sports.

“When I arrived at Ole Miss, I came to play football first but quickly learned I had to be successful academically if I was going to be successful in athletics,” said Khayat. “The hardest message to communicate to student-athletes is that a very low percentage of them will go on to play professionally. So as they arrive and begin to mature, they need guidance to develop strong academic records in their discipline of choice because their athletics days will end.”

Khayat admires the work of SEC Commissioner Mike Slive, especially his focus on SECU, the academic initiative of the Southeastern Conference, which was established in 2005 while Khayat was still the Ole Miss Chancellor. SECU is the primary way the SEC promotes and supports academic achievement of its 14 member institutions.

“I am a big supporter of Commissioner Slive,” said Khayat. “Although his primary responsibility is to athletics, he would always discuss academic quality, integrity and honesty in his meetings with the SEC Presidents and Chancellors.”

During his time as Chancellor in Oxford, where he still resides, Khayat has developed a legacy at Ole Miss away from the gridiron that can arguably match the ones left by Archie and Eli Manning, two of Ole Miss’ football heroes.

“In his 14 years as Chancellor, Dr. Khayat led Ole Miss through unprecedented growth in many meaningful areas,” said Charlie Hussey, Associate Commissioner of the SEC, Oxford native and Ole Miss graduate. “He was responsible for modernizing economic infrastructures, beautifying the campus and enhancing the academic profile of the university with the creation of the Barksdale Honors College and landing a Phi Beta Kappa Chapter. His legacy will last for many generations.”