Fourteen on the 14th with Florida’s Dr. Michael McDonald 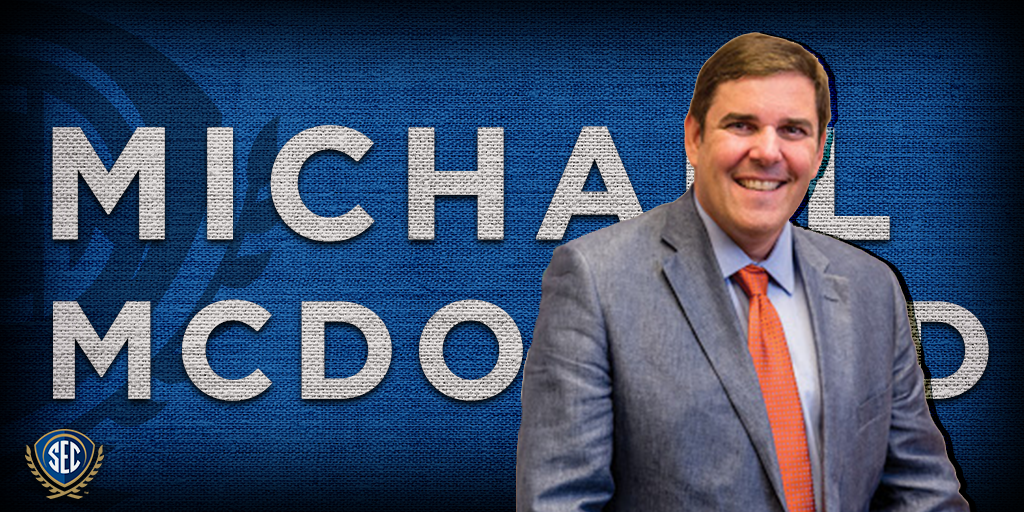 You know the SEC. You know its 14 member universities, their school colors, chants, and slogans. But do you know the people? The faculty? The staff? The students? The administrators? Maybe you caught a glimpse of someone walking around campus and wondered, “Who’s that?” You’re curious, and you want more insight. More stories, more advice, and more favorites. Well, we have you covered.

Dr. Michael McDonald is a Professor of Political Science at the University of Florida, and a highly sought- after election expert. A consultant to the U.S. Election Assistance Commission, Dr. McDonald has also served in capacities ranging from expert witness in the courtroom to media consultant for ABC and NBC. An esteemed author, he has written several books and frequently pens opinion pieces in The Washington Post and Politico.

Keep reading to learn more about Dr. McDonald; how he got his political start; how he unwinds after a long day of data collection; and what he hopes to see after this year’s general election in our October edition of Fourteen on the 14th.

1. How did you know you wanted to research politics from a position in higher education?

I first got involved with election related work after I graduated from the California Institute of Technology. I worked with a political consulting firm that managed an elections database, and I was working with some prominent political scientists as a data grunt doing the analyses for their litigation. They were going into the courtroom and presenting my work, and I was like, “I want to be that guy! I don’t want to be in the background doing the data work, I want to be in the courtroom.” At that point, I realized I would need a degree in political science and a dissertation in redistricting, so I went back to school. I’m lucky I’ve managed to live my dream. 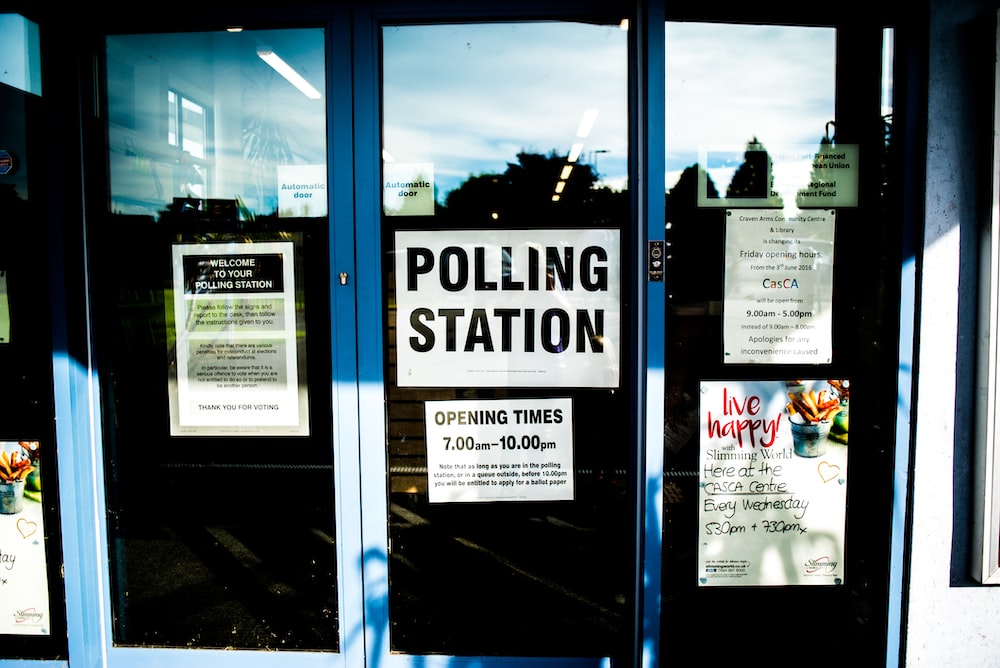 2. How would you describe your research to someone whose vantage point is what they see or read in the media?

I study elections! That’s the easiest thing to say. I do a lot of work on redistricting, so once we get past this election, I’m going to take off my election hat and put on that hat since we’ll be in a redistricting year. I expect next year will be a high-pressure time for me as well. I also tell them I created the U.S. Elections Project website to disseminate my research on voter turnout rates for the country, which is now used by a lot of sources, and it is in some textbooks.

3. How have recent election cycles influenced your research?

Early voting is probably the biggest thing I’ve become interested in recently. When I first started tracking early voting working with the National Exit Poll Organization and the Associated Press, we were collaborating to compile those numbers in 2008. Since that was a historic election, you could see a lot of enthusiasm in the data, and a million hits later, I knew I would do this forever. What’s jumped out this election cycle is the number of people voting early and with mail-in ballots. We knew there would be a large number of people voting early, but we didn’t know how many. As of today, we’re at six million early voters. That’s more than ten times what we saw in 2016, and even that was a record pace. 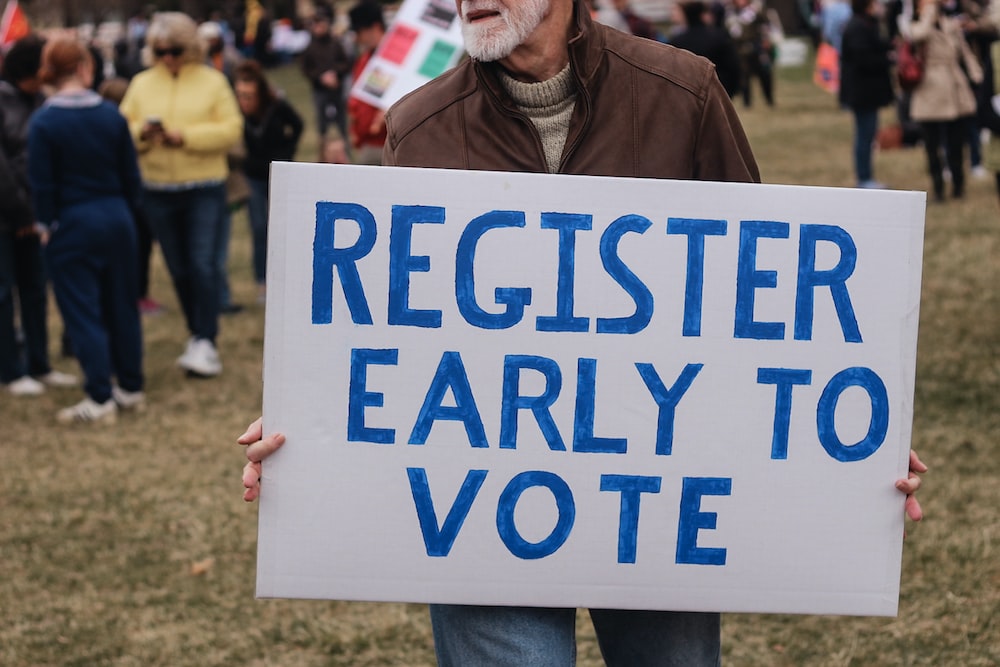 4. What advice do you have for Americans who may be unsure about where to start in the democratic process?

I’ve done some research on what affects voter turnout and citizenship, and I think it begins with good civic education. That’s our starting point. We’ve sanitized our schools because we’re so concerned about STEM – and to some extent STEAM – that we’re not including that civic piece. [Editor’s Note: STEM stands for science, technology, engineering and mathematics while STEAM adds arts to the equation.] I’ve really been interested in pre-registration programs that allow 16-year-olds to register so that when they turn 18, they’re able to vote. I’ve done some studies based on Florida and Hawaii – the first two pre-registration states – and it does seem to help turnout.

5. How do you prefer to do your data collection?

I can’t work out of a coffee shop or anything like that, so I’m usually at home with my headphones singing along to my favorite music. I listen to alternative music pretty regularly while I’m coding and doing analysis. I will say, because I do a lot of data crunching in my home office, sometimes I probably annoy my wife singing out loud. 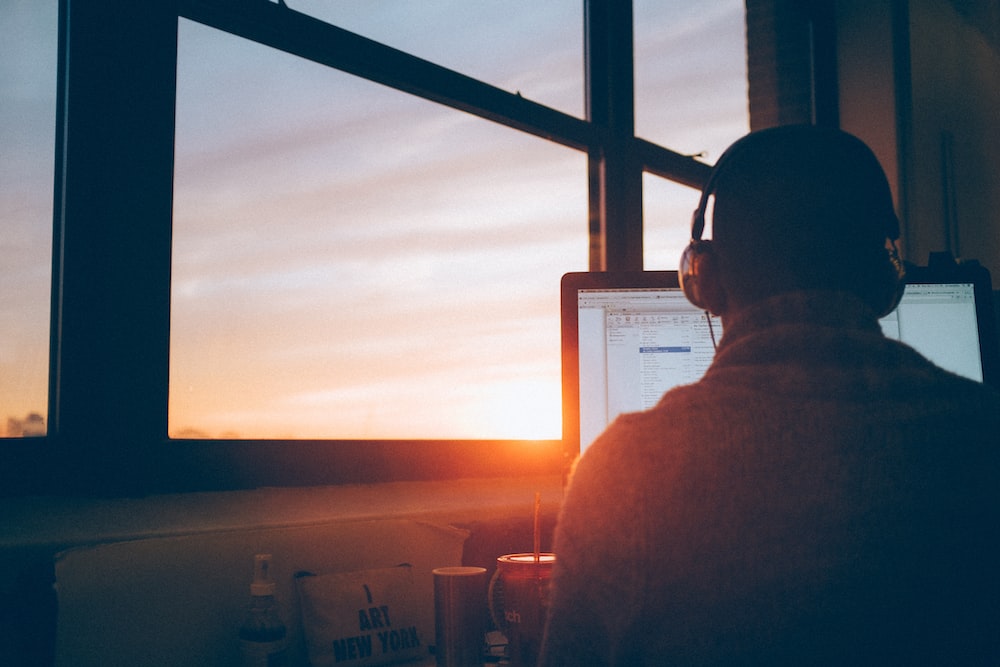 6. What’s been the most gratifying part of your teaching and research experience at the University of Florida?

As most professors would likely say, you’re proud to see your students working after becoming graduated alumni, and you hope you’ve had a positive impact on their success and training. I’m never going to claim someone else’s brilliance, but it’s satisfying to see them be successful in the world.

7. Are you a morning or a night person?

Right now, I’m both. I’m getting about four hours of sleep. When it’s not election season, I do my best work in the evenings because I’m not getting as many calls, so there are fewer distractions. I hope this election is decisive, so I can have a nice nap right after it’s over.

8. What do you want to be remembered for?

I’m kind of lucky to get to help people. I want to be remembered for helping build a better government and democracy here and internationally. I’d like to think I’m improving democratic accountability through transparency and public participation.

9. Who is your biggest inspiration?

Bruce Cain. He was one of my professors. He’s now at Stanford, but he guided me throughout the beginning of my career. He helped me make the most of my career and figure out how I wanted to make an impact. Cain’s influence has been huge, and I can point to so many monumental opportunities in my career that are in part because of him. I still get chills thinking about sitting next to John Lewis at the Department of Justice to fight for voting rights in Georgia, and my professors sent me down the path that made that moment possible. 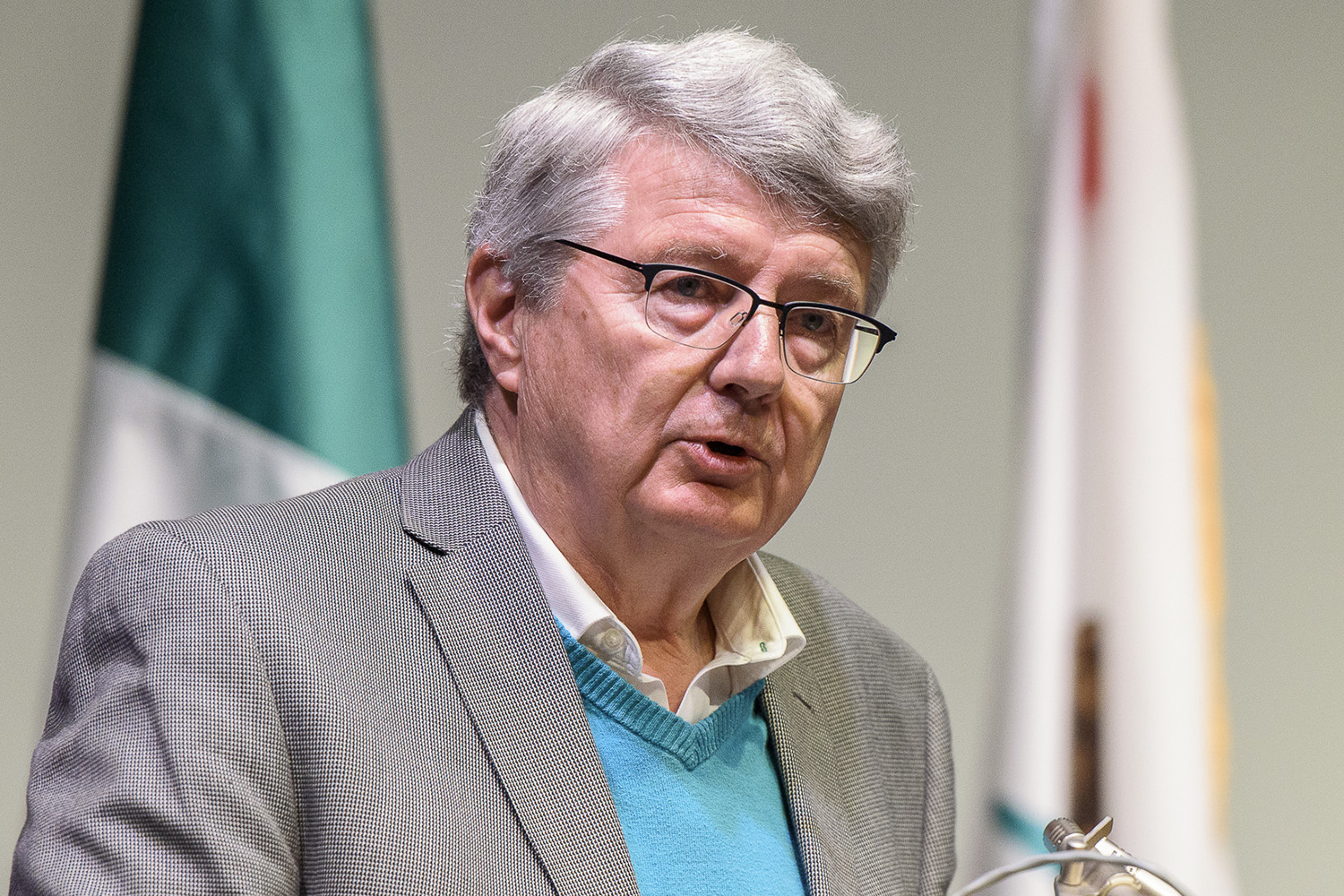 10. How would your best friends describe you?

They would probably say I’m dry-humored. If you see me on Twitter, I’m definitely sarcastic about some things happening in the world. I check myself in the classroom though because I know my students don’t always appreciate it, but it’s who I am.

Reading, for sure. After I finish working, and I’m trying to get to sleep, I usually read fiction or science fiction. Right now, I’m reading a few books by James Corey. I watched a TV show based on his books, and I decided to read through his novels. I also sing and play the guitar. I’ve been playing for about 25 years. 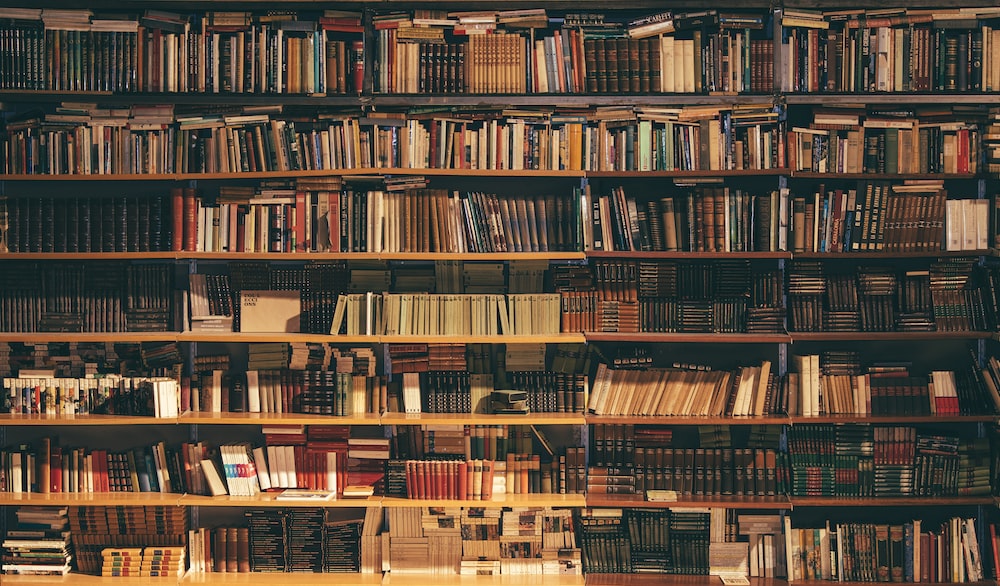 Let’s hope we don’t have a close election. I call it the doomsday scenario. I’ve been jokingly tweeting about the doomsday clock, but I’m nervous about a recount situation where we could witness an undermining of the democratic process.

A lot of people would point to the museums at the University of Florida. They’re a great place to start. I really like hiking, and we’ve got some nice trails in the area. I always take visitors to the Devil’s Millhopper sinkhole. It’s so deep that it has a south Florida tropical environment at the bottom. There are waterfalls and things of that nature, so it’s interesting to walk down and see it in its entirety. 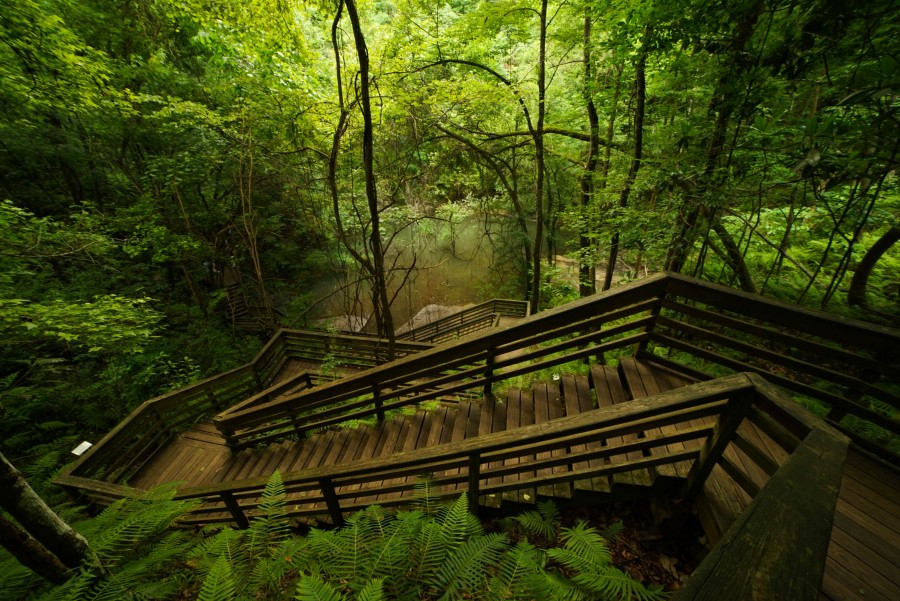 Barack Obama comes to mind. I know a little bit of his background, but I would want to ask him about his journey – the deeper story.

We’ll be back on November 14 with 14 more SEC questions and answers! In the meantime, learn more about Dr. McDonald’s election data at the United States Election Project!