ItJustMeansMore.com: Meet the Texas A&M Professor Who continues to do it All 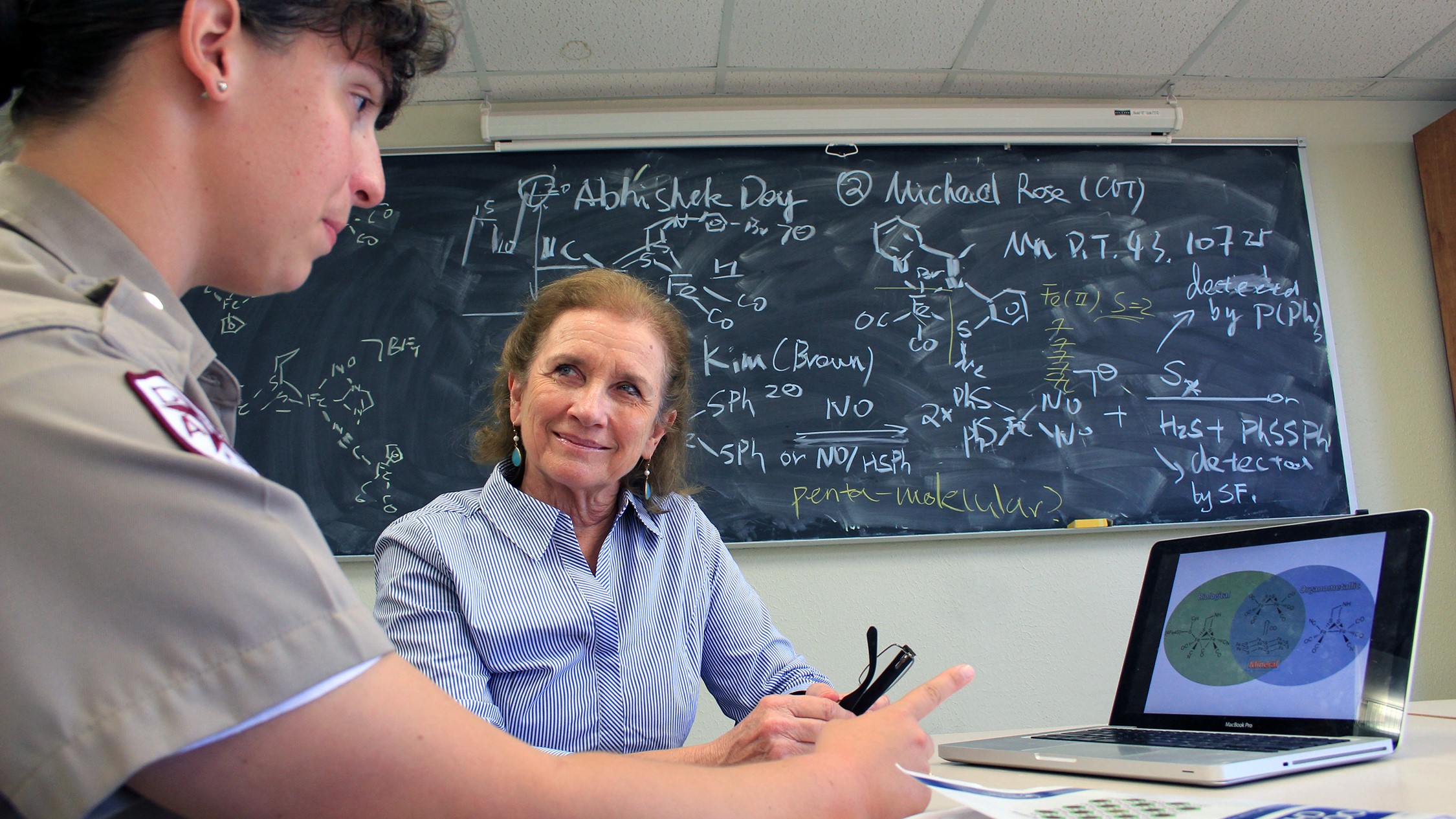 Want to know who’s putting the “more” in “It Just Means More” down in College Station, Texas? Enter Texas A&M University Distinguished professor Dr. Marcetta Darensbourg. She’s a chemistry teacher, researcher, National Academy of Sciences member, and equestrian enthusiast. And, she’s the 2018 SEC Professor of the Year. This is of course no surprise since she’s been taking “more” to the next level her entire life.

Dr. Darensbourg decided she would teach before she could actually spell the word “teacher.” At just four years old, she was no stranger to college classes, attending them with her mom, who was earning her degree with Marcetta in tow. What she “learned” during those lectures, later combined with inspiration from a high school teacher, led her to pursue this chemistry-filled teaching career.

And after 30 years, her love for chemistry and College Station is as strong as ever. She puts it like this: “It is impossible for me not to teach. I want young people to see and admire, as I do, the intricacies of nature all around us — through the atoms and molecules that are the building blocks of the universe.”

Speaking of building blocks, Dr. Darensbourg’s contributions to the scientific community (so far) have covered a lot of ground. This professor/researcher/dynamo is a global leader in developing methods to enable sustainable, hydrogen-powered fuel cell technology.

But if you think making scientific breakthroughs is her one and only specialty, think again. Dr. Darensbourg has been as much a teacher as she has been researcher. Along with her work focused on stainability, she teaches classes in organometallic and inorganic chemistry and directs student dissertations.

SEC Commissioner Greg Sankey is probably nodding along as he reads this. When announcing her as the SEC Professor of the Year, the first recipient from Texas A&M, he recognized the excellent balance Dr. Darensbourg has found in being both a researcher and an educator, saying she “exemplifies all that we hope and expect a faculty member to be in the Southeastern Conference.” He went on to add, “She has dedicated her career to conducting transformative research while maintaining a firm commitment to instructing students at both the graduate and undergraduate levels.”

It goes without saying that we’re not surprised Dr. Darensbourg has already been recognized on several occasions for going above and beyond (and beyond). She’s received nearly every teaching and student-mentoring award offered by the university, plus numerous awards for her research, and she was the first woman to receive the American Chemical Society Distinguished Service in the Advancement of Inorganic Chemistry Award.

But, even the greats need downtime! When she’s not accepting nationally recognized honors or rethinking eco-friendly energy options as we know them, Dr. Darensbourg can be found riding horses with her husband, Don, who is also a Distinguished Professor at Texas A&M. After testing different sports like tennis, golf, swimming, and dancing, she stopped testing when she discovered riding. And to this day, she is mesmerized by the process of developing horses’ muscles and minds through proper riding techniques.

She pays attention to the details — and beauty — in everything. So we had to ask her, “What does ‘It Just Means More’ mean to you?” And it’s easy to see she’s been a part of the SEC for some time now:

“It Just Means More to be a part of a broader and shared vision of a mission to develop responsible, educated, healthy citizens — who will be leaders and value our country and planet; who will value our human needs for beauty and for wilderness.”

– By Lauren Nail, The Richards Group