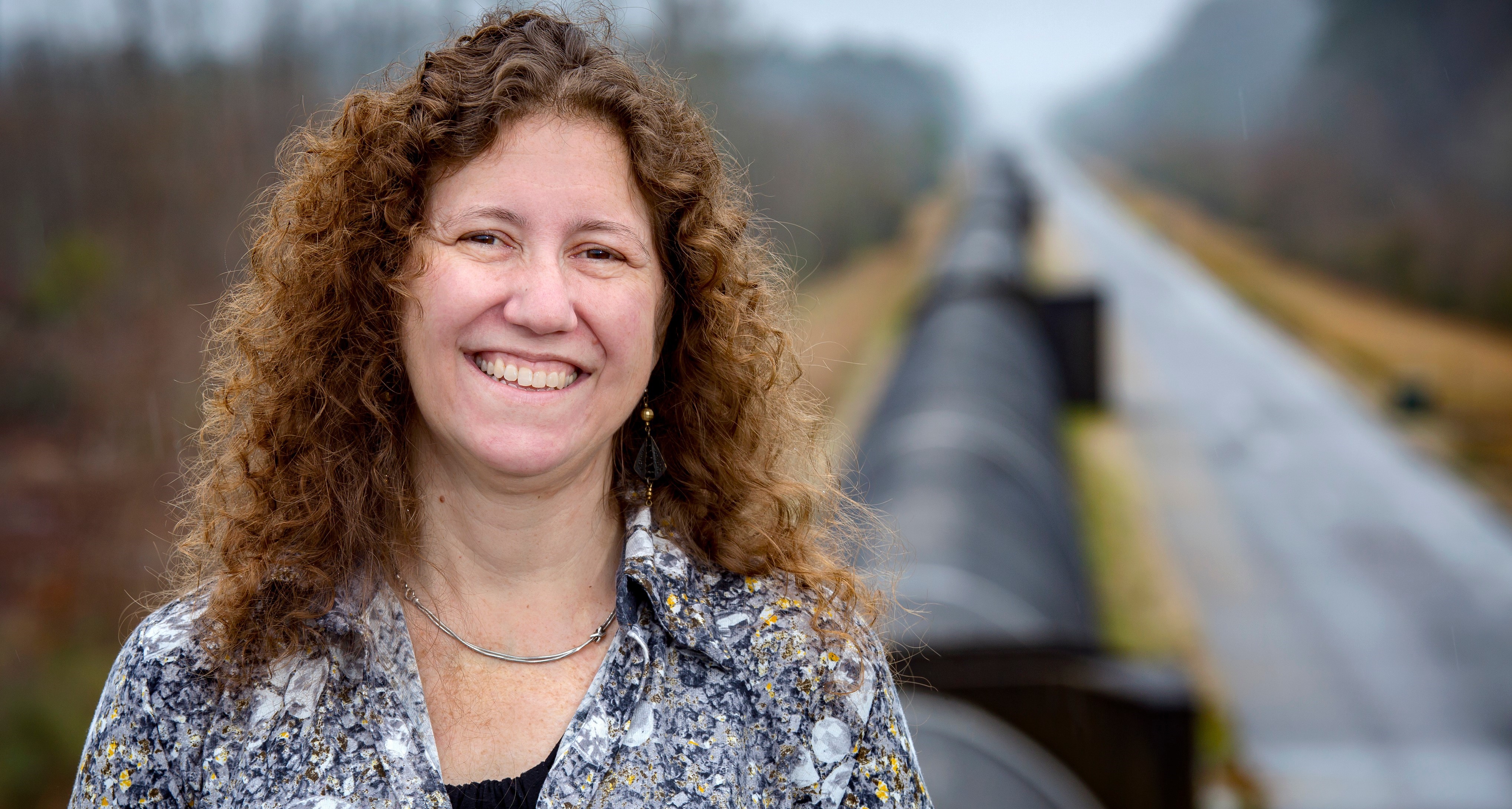 Dr. Gabriela González at the LIGO observatory in Livingston, La., an LSU property.

BIRMINGHAM, Ala. – Dr. Gabriela González, Professor of Physics and Astronomy at Louisiana State University, has been named the 2019 SEC Professor of the Year, SEC Commissioner Greg Sankey announced on Wednesday. González is the second professor from LSU to win the honor.

A native of Argentina, Dr. González is a leader in gravitational wave research, including having served as the global spokesperson for the LIGO (Laser Interferometer Gravitational-Wave Observatory), Scientific Collaboration, a program that includes more than 1,000 scientists around the world. In 2017 LIGO leaders were awarded the Nobel Prize in Physics after proving predictions made by Albert Einstein nearly 100 years ago.

“Faculty members guide our students through meaningful learning experiences at each of our 14 member universities,” said Sankey. “As the 2019 SEC Professor of the Year, Dr. González is as an example of the caliber of educator encountered by students at SEC institutions throughout their college experience. She exemplifies all that we expect a faculty member to be in the Southeastern Conference, and we are pleased to bestow upon her our highest faculty honor.”

Dr. González’s research focuses on LIGO instrument development and LIGO data calibration and diagnostics, which are critical to increasing the astrophysical reach of data analysis methods. She helped make the worldwide announcement that gravitational waves had been discovered and has since been elected to the National Academy of Sciences, among other distinguished societies.

In addition to her groundbreaking research, Dr. González has mentored doctoral students and post-doctoral fellows as well as spearheaded a local school outreach initiative that has received more than $1 million for K-12 students in the Baton Rouge area.

“The caliber of Dr. Gonzalez’s body of research, combined with her many accomplishments and exceptional leadership, attest to the extremely broad impact she has contributed to her field,” said Dr. F. King Alexander, LSU President. “She embodies the criteria set forward for the SEC Professor of the Year, and we are all thrilled she is being recognized by the Southeastern Conference for her contributions to the academy and the world.”

The SEC Professor of the Year Award is given annually to one SEC faculty member whose record of teaching and research places him or her among the elite in higher education. Winners are selected by the SEC Provosts from among the 14 SEC Faculty Achievement Award recipients. In recognition of the honor, the SEC will provide Dr. González with a $20,000 honorarium, and she will be formally presented with the award during the annual SEC Awards Dinner in May.

The SEC Faculty Achievement and SEC Professor of the Year Awards are foundational programs designed by the SEC to support and promote the academic endeavors and achievements of its students, faculty and administrators.

Below is a list of past SEC Professor of the Year Award winners.