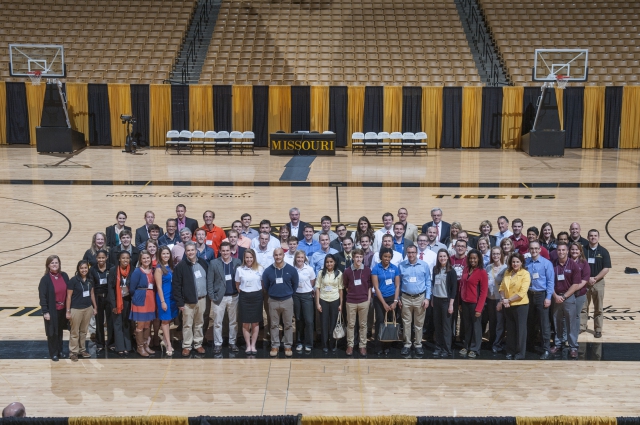 BIRMINGHAM, Ala. -The University of Missouri will host the inaugural SEC MBA Case Competition April 11-13 in Columbia, Mo. The event is one of several activities of SECU, the Academic Initiative of the Southeastern Conference.

Each of the 14 SEC member universities will send a team of four MBA students to evaluate a real-time business case from event sponsor AT&T, create a proposal for the company and compete to identify the best solution. A panel of judges, including corporate executives and academicians, will hear the proposed solutions and give first, second and third-place awards, among other recognitions. (Due to competition regulations, media are not permitted to attend the event.)

“The SEC MBA Case Competition is an exciting addition to the SECU menu as it is our first foray into the graduate level of studies,” SECU Executive Director, Torie Johnson said. “We are thrilled to be able to provide a forum for this type of education for our business students. And, we appreciate the support from across the University Missouri campus for this event.”

With approval from the SEC Presidents and Chancellors, the SEC made a three-year commitment to help launch and sustain the MBA Case Competition. In addition, Mizzou Athletics, AT&T and Missouri’s Trulaske College of Business also committed personnel and financial resources.

In communicating his support for the MBA case competition, Mizzou Director of Athletics Mike Alden said the event will provide a unique opportunity for partnership with the conference, university, college and intercollegiate athletics.

His perspective was echoed by Joan Gabel, Dean of the Trulaske College of Business.

“The SEC MBA Case Competition shows collaboration, team spirit and strong support for academics in the Southeastern Conference,” she said. “We’re incredibly grateful for the support of Mizzou Athletics and the SEC, as well as AT&T, and we are thrilled to work with our new counterparts.”

Several other SEC universities have already expressed an interest in hosting future SEC MBA Case Competitions, and the SEC will soon announce the 2014 location.