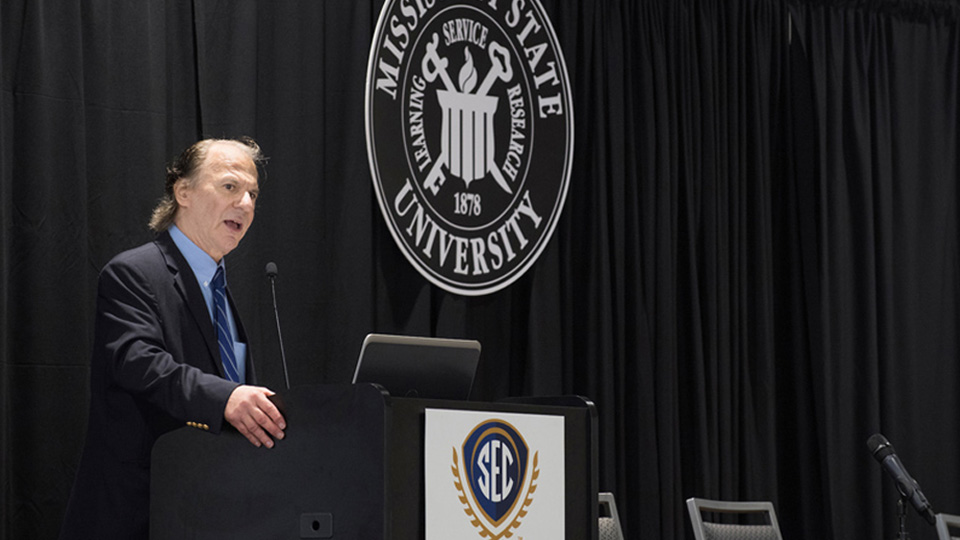 The two-day conference, hosted by Mississippi State University, focuses on “The Future of Water: Regional Collaboration on Shared Climate, Coastlines and Watersheds.” Barry helped kick off the conference by delivering a speech on his experience working to protect Louisiana’s coastal lands following Hurricane Katrina.

Barry told conference attendees he has always motivated himself by asking a simple question: “So what?” He said that question helps him set priorities and work toward important results.

“The level of intensity will often determine what happens,” Barry said. “That is true with most public policy issues.”

Barry’s 1998 book, “Rising Tide: The Great Mississippi Flood of 1927 and How It Changed America,” won the Society of American Historians’ prestigious Francis Parkman Prize for the year’s best book of American history and was a continuing inclusion on the New York Times’ non-fiction best-seller list. Beyond his successful career as an author, Barry has served as an adviser to the Bush and Obama presidential administrations, as well as the United Nations and World Health Organization, in his varied areas of research expertise.

During his speech, Barry noted the complex nature of water policy issues. For example, flood control measures can have an adverse impact on communities and economies downstream. States have continued to argue over increasingly scarce water resources, which Barry said is often a “zero-sum game.”

“There are 40,000 dams on the Mississippi river systems,” Barry said. “However, seven dams retain 100 million tons of sediment that used to come to the coast.”

He also encouraged the academics from the SEC’s 14 universities to use their power to help make the region a better place.

“A lot of you in this room are moving toward solutions, not just basic research,” Barry said. “People in this room have more power than you realize. Use your power.”