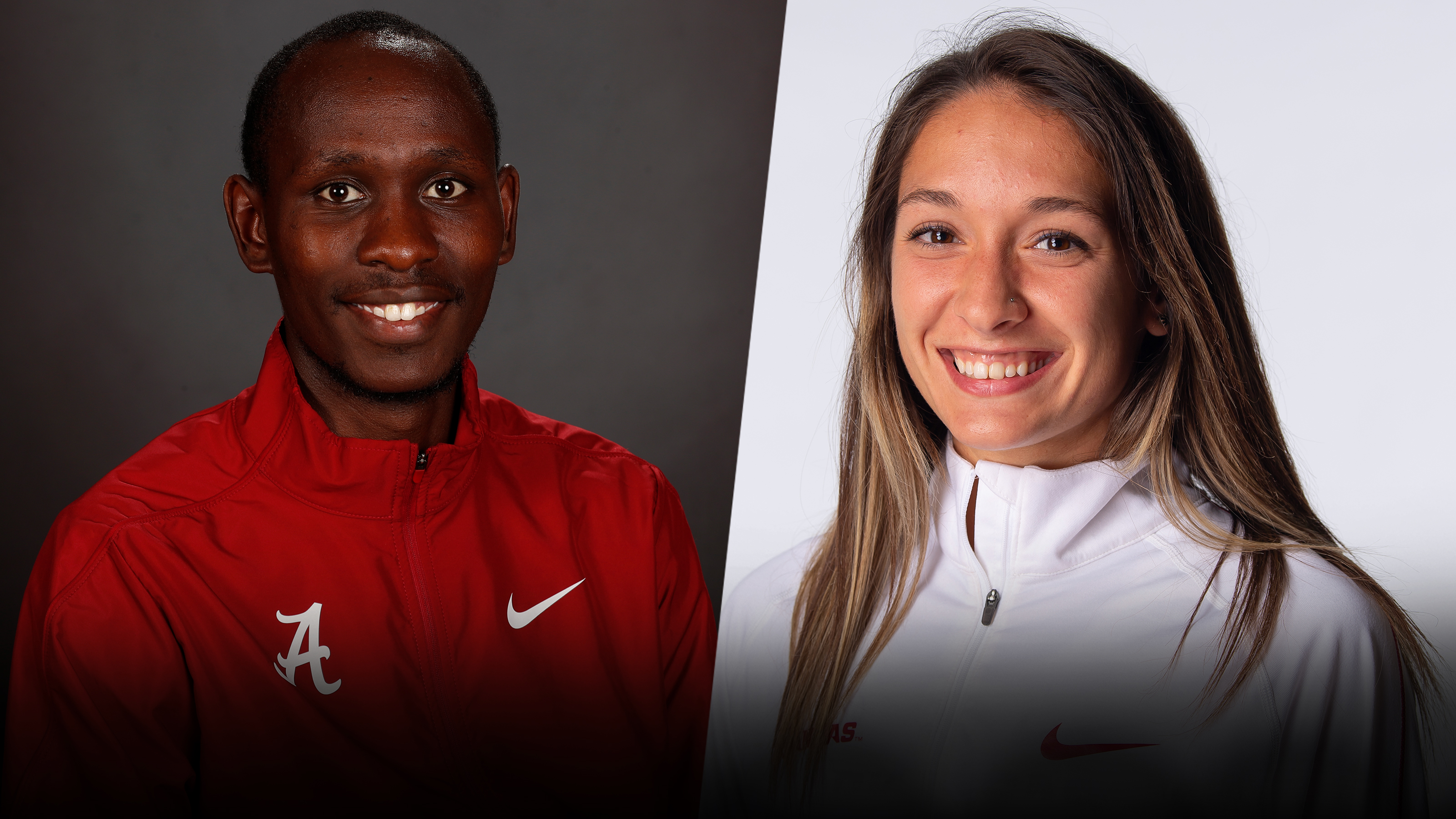 Kiprop, a graduate student from Kericho, Kenya, has a 4.0 graduate school grade point average in health education and promotion. A member of the SEC Academic Honor Roll, he earned his undergraduate degree from Alabama with a 3.87 GPA in public health. At the Joe Piane Notre Dame Invitational, Kiprop crossed the finish line first and was named the SEC Men’s Runner of the Week following his achievement. Kiprop was also named USTFCCCA National Athlete of the Week, and was the first Alabama runner since 2015 that had been awarded the honor during the cross country season.

Werner, a senior from Ste. Genevieve, Mo., holds a 3.967 grade point average in kinesiology: exercise science. She is a member of the SEC Academic Honor Roll and is the first female athlete to twice be named SEC Cross Country Scholar-Athlete of the Year. She was also named SEC Scholar-Athlete of the Year in 2018-19 for cross country, indoor track and field and outdoor track and field. Werner has a pair of first place finishes this season at the Chile Pepper Festival and the John McNichols Invitational. She has helped lead her team to a No. 1 national ranking.