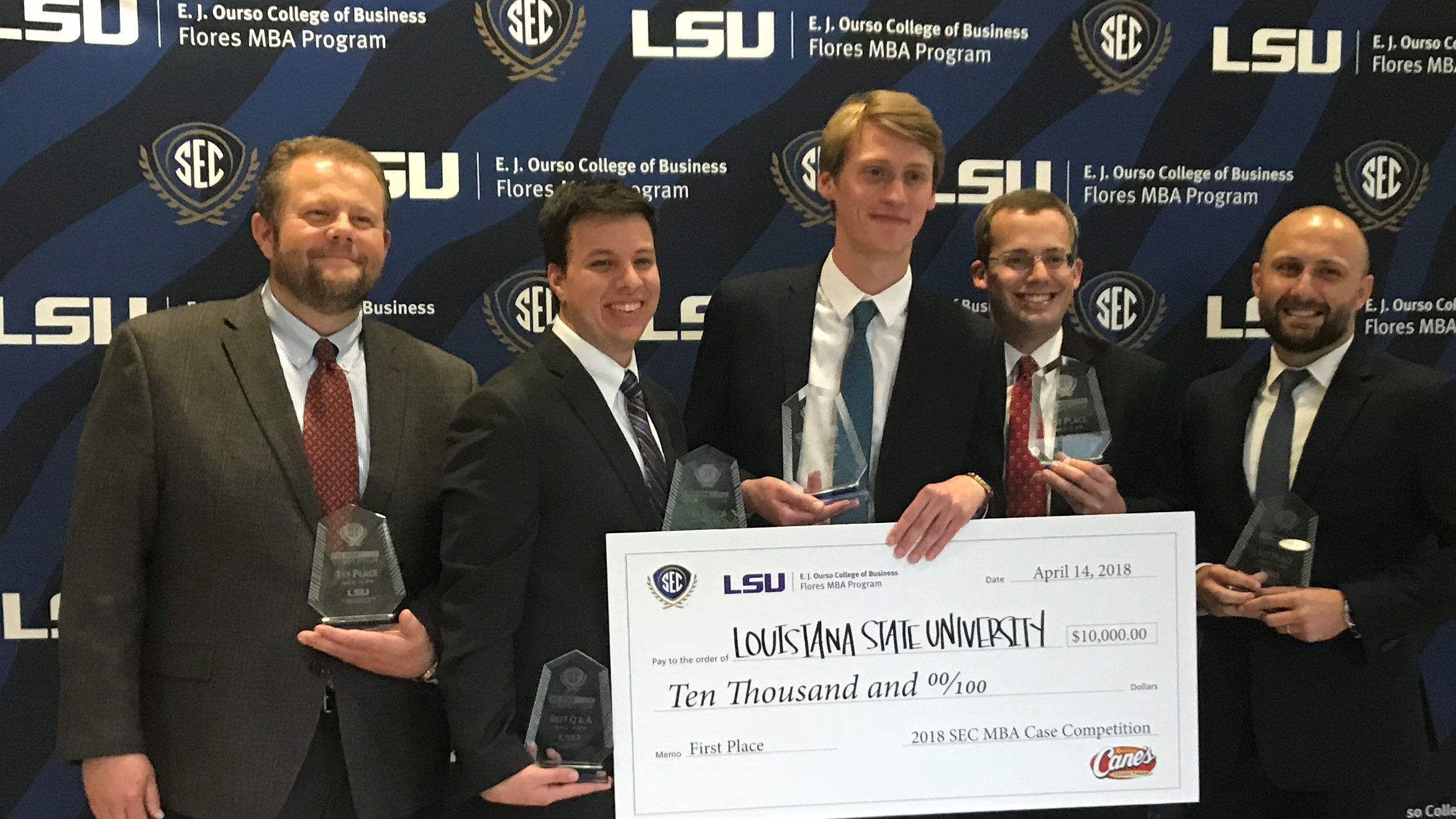 Members of the LSU team following the 2018 SEC MBA Case Competition. It was the first title for the Tigers.

BATON ROUGE, La. – LSU won first place in the 2018 SEC MBA Case Competition held at the E.J. Ourso College of Business in Baton Rouge, La., on Saturday. The winning team was comprised of Jack Anjier, Daniel Hofmann, Michael Lacombe and Roman Lantukh, and it was the first SEC championship for the university.

“This year we came with a different approach, and I can’t give enough credit to the rest of my team, said Lacombe. “It was a full team effort. It wasn’t just one of us, it was all of us. But, in a word, this is utter shock.”

Business executives from Raising Cane’s Chicken Fingers, a Louisiana-based restaurant, presented all 14 SEC teams with a problem currently facing the company. The four-person teams were randomly drawn into four divisions, had approximately 24 hours to outline a solution to the problem and to organize a related presentation. A panel of judges from Raising Cane’s considered each presentation and the top four teams advanced to the finals.

The University of Tennessee finished second in the competition, followed by the University of Missouri and Vanderbilt University. This was only LSU’s second time to reach the finals, and it was the first time the SEC MBA Case Competition was won by the host university.

“I am honored and humbled to be a part of this team of young professionals who put forth the effort, dedication, time and commitment to win this competition,” said Cashen. “These types of events connect industry with academia, and it is critical for students to receive a realistic preview of what these challenges are and how to approach them under pressure. Sometimes your recommendation isn’t chosen, and that is reflective of corporate America.”

The SEC MBA Case Competition began in 2013 and provides opportunities for SEC business schools to showcase their students’ skills at solving simulated, real-world problems. The 2019 competition will be held at the University of Tennessee in Knoxville.

A full list of winners from the 2018 SEC MBA Case Competition is below.