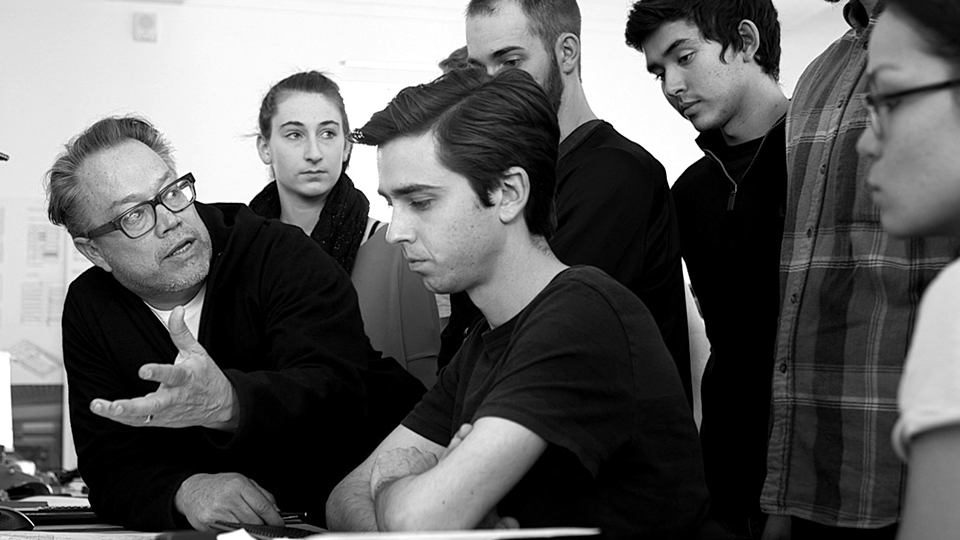 Professor Marlon Blackwell, FAIA, (L) with a group of students from the Fay Jones Department of Architecture.

BIRMINGHAM, Ala. – Marlon Blackwell, Distinguished Professor and the E. Fay Jones Chair in Architecture at the University of Arkansas, has been named the 2020 SEC Professor of the Year, SEC Commissioner Greg Sankey announced Monday. The award is the Southeastern Conference’s highest faculty honor.

“The SEC Professor of the Year Award provides a special opportunity to recognize one of the many SEC faculty whose commitment to students remains undeterred, even while they also make meaningful contributions in their fields,” said Sankey. “Professor Blackwell is a shining example of the caliber of educator encountered by SEC students, and he exemplifies all that we expect a faculty member to be in the Southeastern Conference.”

Professor Blackwell has been an educator and professional architect for nearly 30 years, and he recently received the 2020 American Institute of Architects Gold Medal, the Institute’s highest honor. He was inducted into the National Academy of Design in 2018 and served for six years as department head at Arkansas.

He was named among the “30 Most Admired Educators” for 2015 by DesignIntelligence, and in 2017 he received the E. Fay Jones Gold Medal from the Arkansas chapter of the American Institute of Architects. In practice, Professor Blackwell is co-principal of Marlon Blackwell Architects, which was ranked No. 1 in Design in the 2016 Architect 50 – a national survey of architecture firms – and was recognized as the 2011 Firm of the Year by Residential Architect.

“Across every area in which a faculty member can contribute to our mission – teaching, research, service – Marlon sets the standard and exceeds expectations,” said Joseph E. Steinmetz, Chancellor at the University of Arkansas. “His contributions to the field of architecture, dedication to students and service to the campus and community are truly extraordinary. He has received the highest honor in his field as a professional architect while providing life-changing opportunities for students through architectural education.”

The SEC Professor of the Year Award is given annually to one SEC faculty member whose record of teaching and research places him or her among the elite in higher education. Winners are selected by the SEC Provosts from among the 14 SEC Faculty Achievement Award recipients. In recognition of the honor, the SEC will provide Professor Blackwell with a $20,000 honorarium.

The SEC Faculty Achievement and SEC Professor of the Year Awards are foundational programs designed by the SEC to support and promote the academic endeavors and achievements of its students, faculty and administrators.

Below is a list of past SEC Professor of the Year Award winners.