Mays, Seidt are McWhorter Scholar-Athletes of the Year 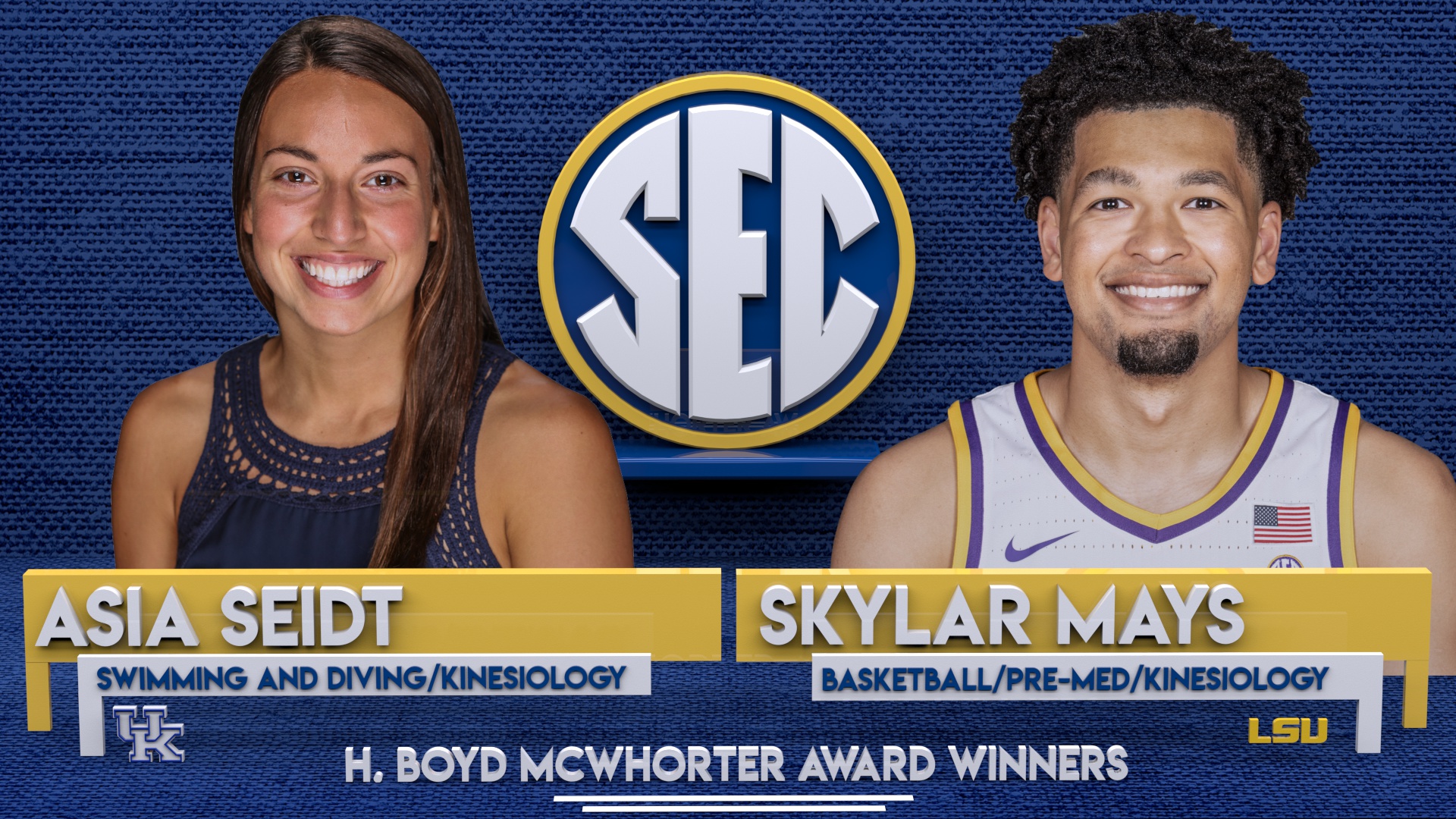 The two were chosen by a committee of Faculty Athletics Representatives from SEC universities and each will receive a $20,000 post-graduate scholarship.

“Asia and Skylar are outstanding representatives of student-athletes from across the SEC. They made a commitment to the total student-athlete experience, which resulted in their excellence in competition and in the classroom,” Sankey said. “The H. Boyd McWhorter Award is the highest honor earned by a student-athlete in the SEC and I congratulate both of them along with their families and universities on their outstanding achievements.”

Mays graduated in pre-med/kinesiology and was named the CoSIDA Basketball Academic All-America of the Year in 2020. He was also named SEC Scholar-Athlete of the Year in both 2019 and 2020 seasons. He was a first team All-SEC selection after averaging 16.7 points, 5.0 rebounds, 3.2 assists and 1.8 steals in 2020.

Mays finished in the top 10 after four years in nine LSU career categories. He is the fourth player in the Southeastern Conference since 1992-93 to finish his career with at least 1,600 points-400 rebounds-300 assists and 200 steals. He is the only player in the SEC since 1992-93 to average in a season 17.5 points, 5.0 rebounds, 3.0 assists and shoot 40 percent from three-point range in conference play.

The senior from Baton Rouge, La., was also a member of the SEC Community Service Team.

Seidt is a 21-time All-American, the most in program history. She is a four-year NCAA Championship qualifier and recipient of the prestigious NCAA Elite 90 Award, given to the student-athlete with the highest GPA at their respective sport’s national championship.

The senior from Louisville, Ky., who maintains a 4.0 grade point average in kinesiology, was named 2019 SEC Scholar-Athlete of the Year in swimming and diving. She is a four-time SEC gold medalist and three-year member of the All-SEC First Team.

Seidt is a both a CoSIDA and CSCAA Academic All-American, as well as a recipient of the Arthur Ashe Female Sports Scholar of the Year. She is a member of the UK Athletics Society of Character and has volunteered over 200 hours to community service, including The Hope Center, Kentucky Aquatics and Big Brothers Big Sisters of the Bluegrass