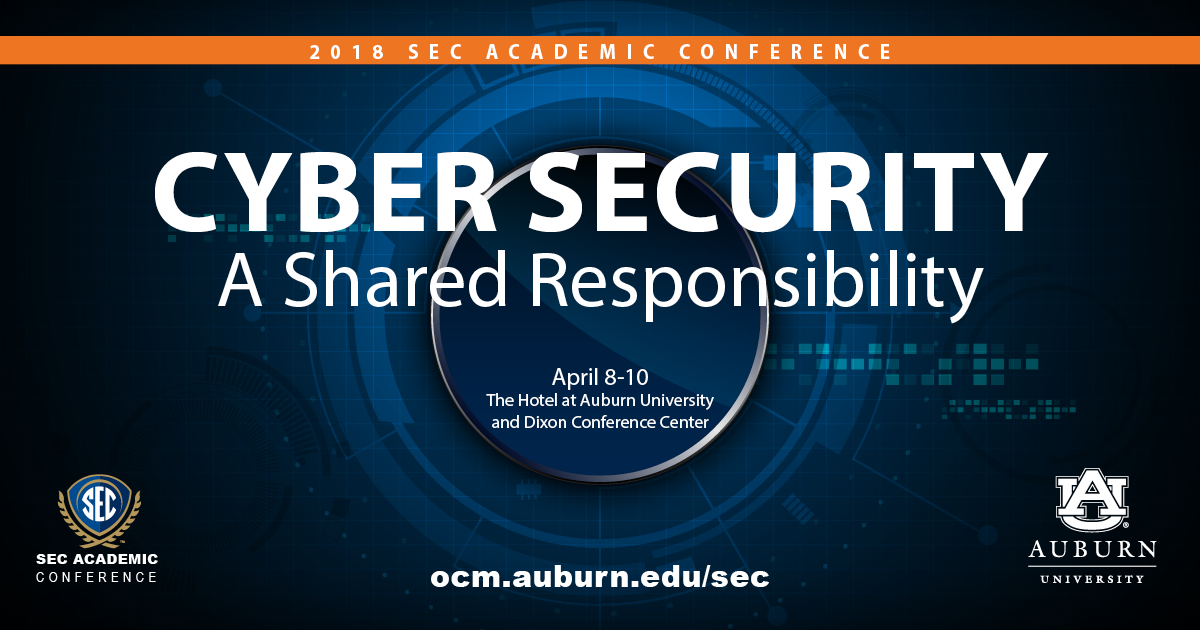 Mike McConnell, former United States director of national intelligence and Navy vice admiral, has been added to the speaker lineup for the 2018 SEC Academic Conference hosted by Auburn University. He will speak on “Privacy vs. Security.”

The conference, titled “Cyber Security: A Shared Responsibility,” is set for April 8-10 and will bring together top military and industry leaders along with representatives from the 14 SEC universities, each of whom works to protect our nation’s cyber infrastructure.

McConnell will speak in place of Navy Adm. Mike Rogers who had a conflicting engagement.

During his naval career McConnell served as director of the National Security Agency from 1992 to 1996. His civilian career includes serving as the U.S. director of national intelligence from 2007 to 2009.

McConnell will join a renowned list of cyber experts speaking at the conference, including Glenn Gaffney, executive vice president of In-Q-Tel Inc.; Ray Rothrock, CEO and chairman of RedSeal Inc.; Andrew Case, director of research at Volexity; and Bill Newhouse, deputy director of National Initiative for Cybersecurity Education at the National Institute of Standards and Technology.

The speakers will address computer and communication technology; the economic and physical systems that are controlled by technology; and the policies and laws that govern and protect information stored, transmitted and processed with technology.

For more information or to register, visit the event website.