New Series: Around the SEC in 14 Questions

You know the SEC. You know its 14 member universities, their school colors, chants, and slogans. But do you know the people? The faculty? The staff? The students? The administrators? Maybe you caught a glimpse of someone on the sidelines of a game or in a campus building, and wondered, “Who is that?” You’re curious, and you want more insight. More stories, more advice, and more favorites. Well, we have you covered.

Keep reading as we show you who the SEC is in our new series, “14 on the 14th.” We’ll ask 14 questions to individuals from around the Conference who are making a difference and living out the many meanings of It Just Means More.

Up first – representing the SEC office – Devin Cosper. Devin is a former University of Arkansas student-athlete who turned her love of competition into an internship with the Conference. A women’s basketball star from Coffeyville, Kansas, Devin has already made a name for herself. She’s quick-witted, a great planner, and always willing to lend a helping hand. Want to learn more? Here are her 14 Questions.

1. Are you a beach or mountains person?*

The beach! I grew up in Kansas, so I go to the beach because there’s no such thing at home. I’m all about the oceanside weather, and I love to swim.

*Just before Devin was asked this question, she was researching cruises… 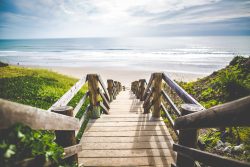 2. Are you a morning or night person?

Morning. You can get a lot done in the mornings, and you have the rest of your day to do as you please. Plus, I like breakfast – food’s a priority for me.

3. Do you want a window or aisle seat?

My alarm goes off, and I hit snooze twice. I usually check my phone notifications. I’ll scroll through Twitter until I see something that irritates me or makes me laugh enough to get out of bed. Depending on the day, I’ll pick out my outfit in the morning. Sometimes I try to pick an outfit the night before, but then I wake up, and I don’t want to wear it anymore. Finally, I make breakfast (eggs and sausage, a bagel, oatmeal, fruit, or a biscuit), and head out the door!

Probably Bud, Not Buddy! I think that was the first book I read that spoke to the history and struggles of African Americans. It follows Bud’s journey to find his father during the Great Depression. I read it for the first time in third grade, and I’m sure I’ve read it at least six times now. It’s probably time to read it again. 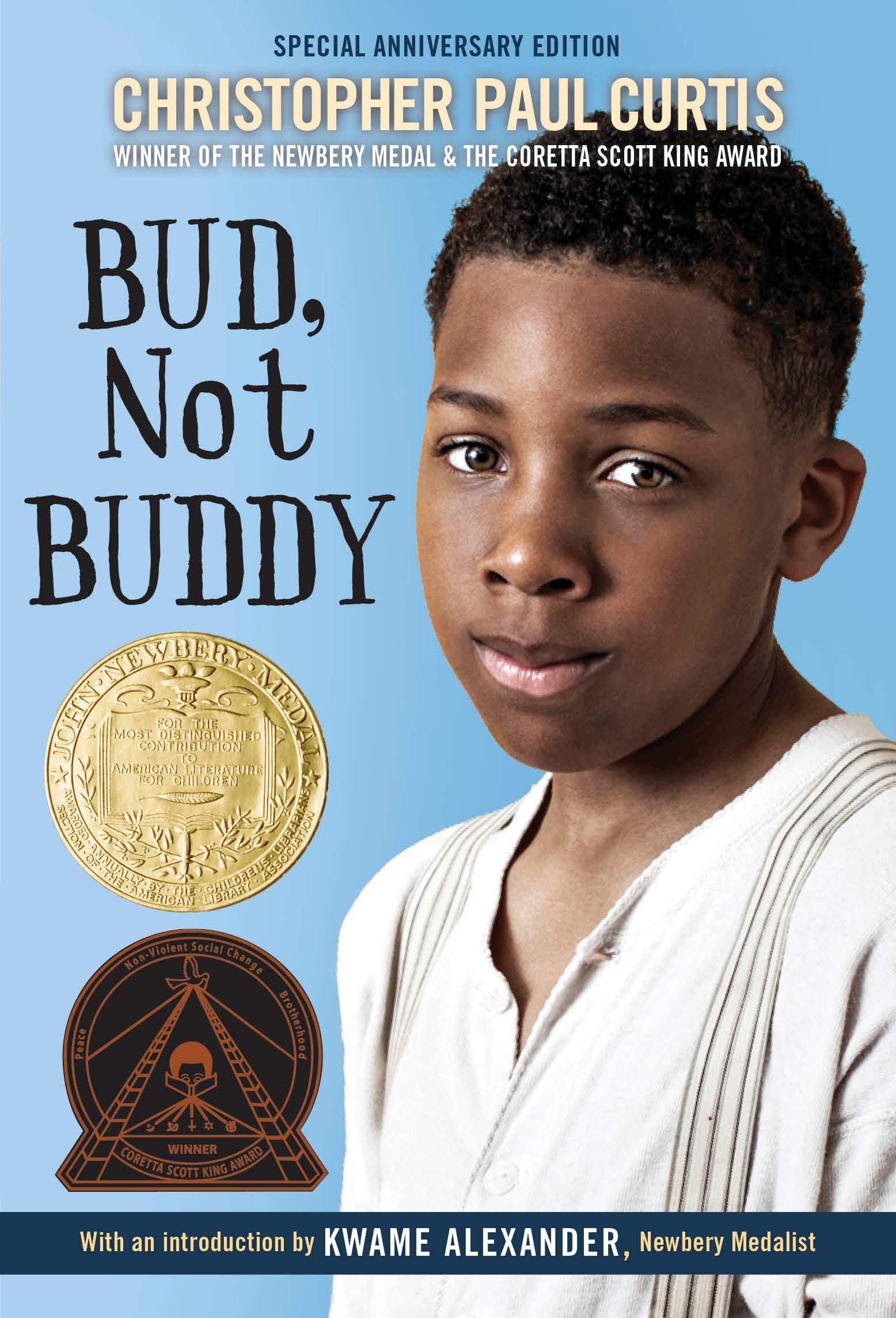 6. What animal would you be on a carousel?

I’d be the horse pulling the sleigh because people are more likely to sit on the sleigh than me. 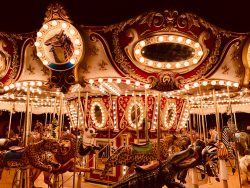 7. How do you define leadership?

A leader is someone who is inclusive, isn’t demeaning, and understands that people have different skill levels. They should work to help people build their knowledge, and leaders should put in work rather than always delegating.

8. Who is your biggest inspiration?

My sister, who was dying while I was going through a concussion, is my inspiration. During that difficult time, I learned you can’t get through things without faith. I had to learn to lean on my faith rather than people, and it was one of the biggest testaments of my life. One Christmas, I gave my nephews dog tags engraved with a picture of them and their mother. Now I consider them my inspiration too.

9. What is your favorite quote?

“I can be changed by what happens to me, but I refuse to be reduced by it.” – Maya Angelou

10. How do you define personal success?

Success is when I look back at a task and can say genuinely that I put all my effort into it. Regardless of the outcome, I want to know I did my best. Four years ago, that answer would’ve been totally different. It would’ve been outside validation.

11. What’s the best gift you ever received?

MOON SHOES. When I was younger, I wanted them, and I got them for Christmas. They were a let down, to be honest. They weren’t the same as the commercials. They probably lasted a couple of weeks, and I stopped because it wasn’t fun. I thought they would be like the trampoline, but it was actually a lot of effort. 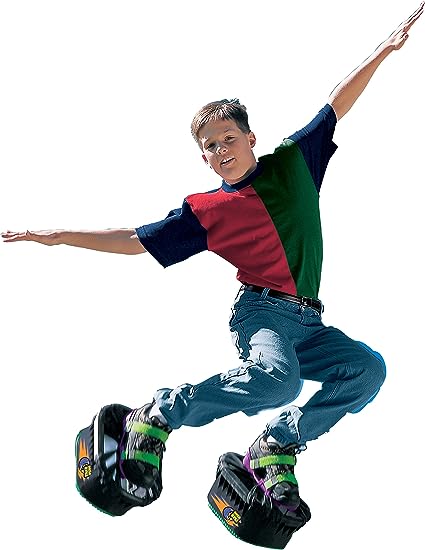 Devil’s Den – It’s an overlook. The hike up is about three miles, and the view at the top is beautiful. Arkansas has incredible forests, and there are tons of streams and things to see on the way up.

Catfish Hole – In the past, recruits who are visiting campus have eaten there. People wear their Razorback gear, and we “Call the Hogs” there. It’s good food, but mostly it’s a really good University of Arkansas environment. 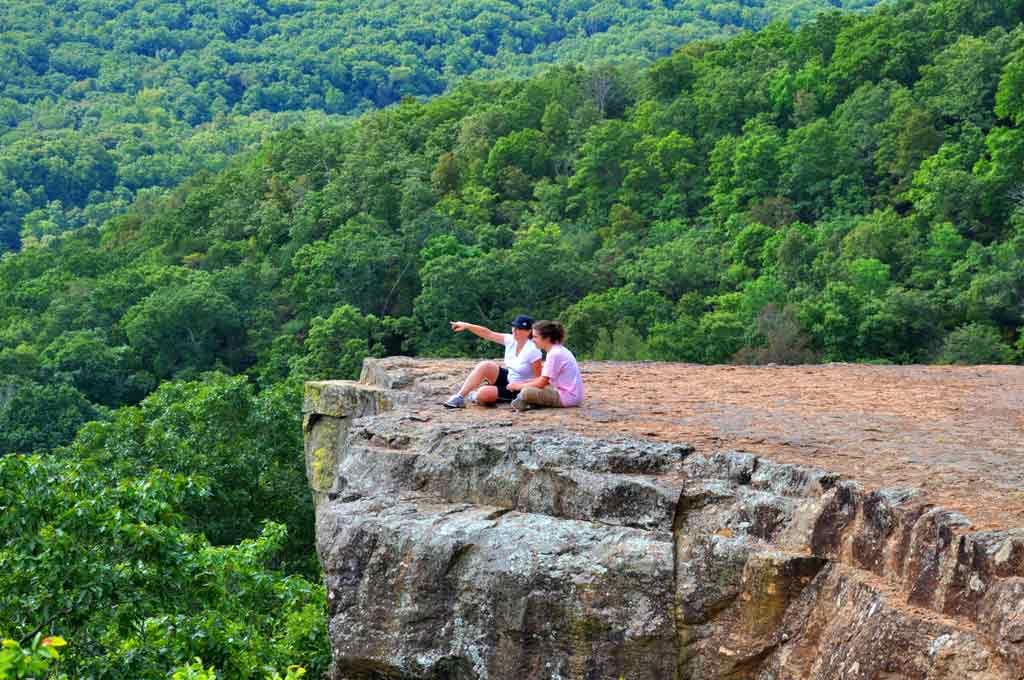 Image courtesy of Arkansas Outside

13. How do you want to be remembered?

By my service to my community. Nothing else matters outside of the people that you’ve been able to help. Knowing that you’ve left an impact on someone else’s life is enough.

We’ll be back on February 14 with 14 more SEC questions and answers!