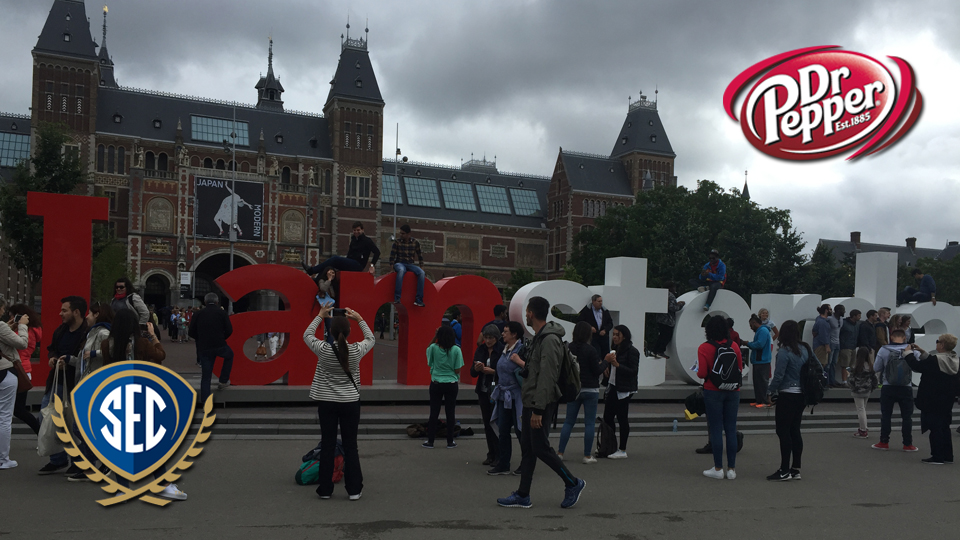 Twenty-eight students from SEC universities will study abroad during the 2016-17 academic year, the result of a contribution to the league by Dr Pepper.

Twenty-eight students from Southeastern Conference universities will study abroad during the 2016-17 academic year, the result of a contribution to the league by Dr Pepper. In 2015, the SEC corporate sponsor allocated $100,000 to the conference to provide study abroad opportunities for SEC students who excel in the classroom, demonstrate financial need and represent non-traditional study abroad participants.

“We are enthused to expand upon the SEC’s commitment to education by giving deserving students a chance to study abroad through the SECU academic initiative,” Jaxie Alt, Senior Vice President of Marketing for Dr Pepper said when the program was established. “Dr Pepper has continued to fund one-of-a-kind dreams since 2008 through our tuition giveaway program, and now we are able to support the great work the SEC is doing.”

Each SEC university identified two students to participate in a faculty-led program occurring during either the summer, fall or spring terms of the 2016-17 academic year.

“Increasing the amount and type of education abroad opportunities available to SEC students has been an SECU goal for more than a decade,” said Torie Johnson, Executive Director of the SECU Academic Initiative. “It’s exciting to know that thanks to Dr Pepper’s generosity, more SEC students than ever will have a life-changing experience in another part of the world.”

SECU was established in 2005 as the SEC Academic Consortium, and one of its original focal points was education abroad. In response, the consortium secured an Institute for Study Abroad Foundation grant to provide scholarships for SEC students to study at Queen’s University in Belfast, Ireland. In addition, by utilizing a cooperative agreement, students from SEC universities now have access to programs offered at other SEC universities. Finally, the SEC also has an exchange partnership with the Politecnico di Torino which gives SEC engineering students the opportunity to study in Torino, Italy, each spring and Italian students opportunities at several SEC universities.

Below is the list of SEC students, their universities, majors and destinations abroad.