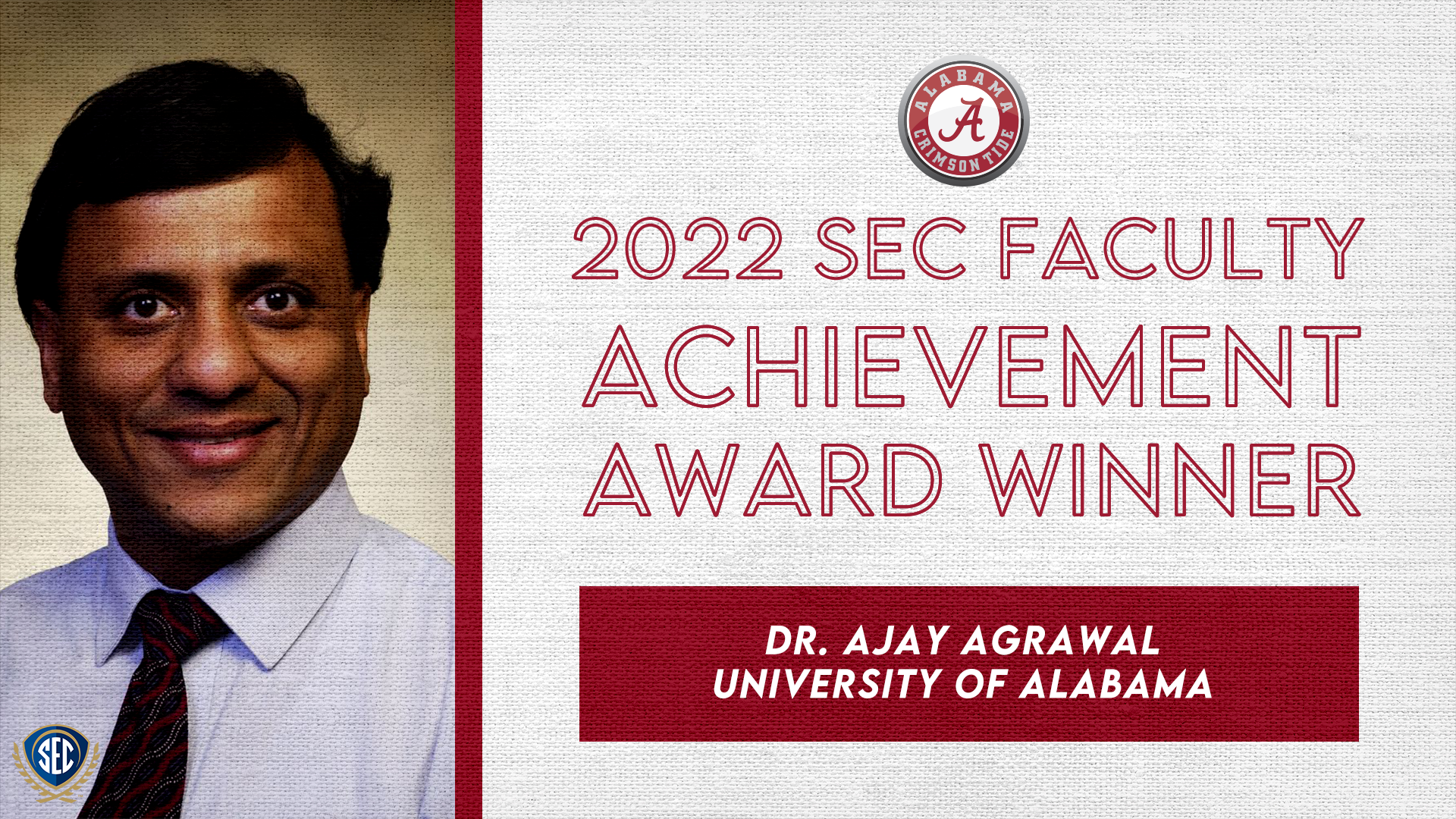 BIRMINGHAM, Ala. – Dr. Ajay Agrawal, Professor of Mechanical Engineering in the College of Engineering, has been named winner of the 2022 SEC Faculty Achievement Award for the University of Alabama, the SEC announced on Monday.

Dr. Agrawal has held the Robert F. Barfield Endowed Chair since 2005, and his research focuses on clean combustion to reduce the harmful effects of fuels for sustainable energy utilization, and it has influenced industries such as gas turbines, jet engines, diesel engines and industrial burners. Dr. Agrawal has recruited and mentored undergraduate and graduate students from historically underrepresented groups with grants from the U.S. Department of Education, and other funding for his work comes from the U.S. Department of Energy, NASA, the National Science Foundation, and multiple branches of the U.S. military. Dr. Agrawal is a Fellow of the American Society of Mechanical Engineers, and he has received the university’s Burnum Distinguished Faculty Award for excellence in teaching, research and scholarship.

“Dr. Agrawal is one of the most prominent and influential scholars in the area of combustion science worldwide, and he is well-deserving of this award,” said Dr. Jim Dalton, Executive Vice President and Provost at Alabama. “The discoveries emanating from his laboratory have raised the University of Alabama’s reputation in the field and helped establish the university among the top combustion research institutions in the country.”

To receive an SEC achievement award the faculty member must have achieved the rank of full professor; have a record of extraordinary teaching, particularly at the undergraduate level; and have a record of research that is recognized nationally and/or internationally. University winners will receive a $5,000 honorarium from the SEC and will become their campus nominee for the SEC Professor of the Year Award, which will be announced later this month.