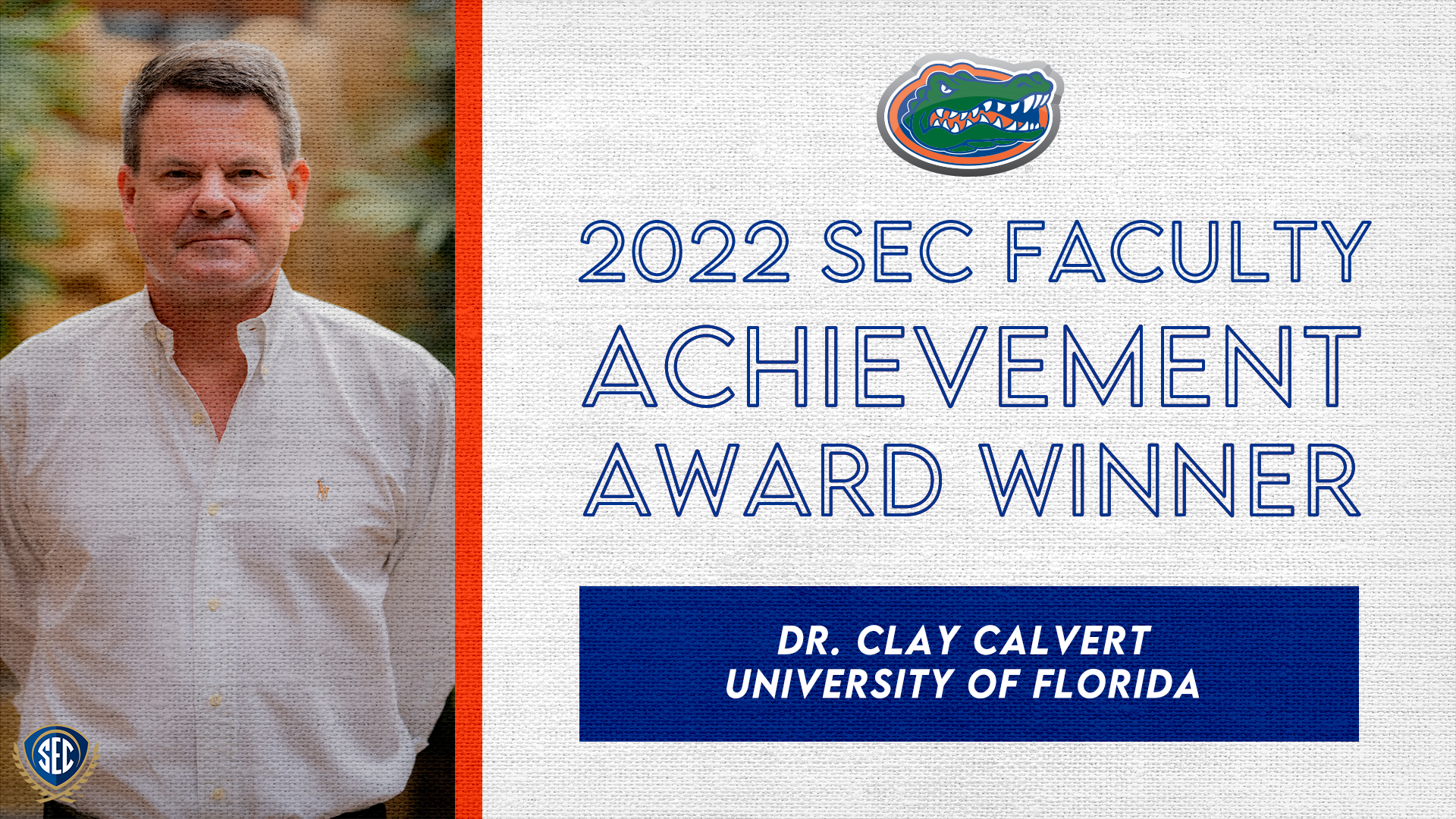 BIRMINGHAM, Ala. – Dr. Clay Calvert, Professor of Law in the Levin College of Law, has been named winner of the 2022 SEC Faculty Achievement Award for the University of Florida, the SEC announced on Tuesday.

Dr. Calvert is also the Joseph L. Brechner Eminent Scholar in Mass Communication and Director of the Marion B. Brechner First Amendment Project at UF. He holds a joint appointment in the College of Journalism and Communications, and he has authored or co-authored more than 150 journal articles on freedom of expression-related topics. He is also co-author of the leading undergraduate media law textbook, Mass Media Law. Dr. Calvert, who earned a Ph.D. in addition to a J.D., has filed multiple friend-of-the-court briefs with the United States Supreme Court, and his commentaries have appeared in Fortune, Huffington Post, and Newsweek, among others. He has also been quoted in The New York Times, The Washington Post, and Rolling Stone.

“Dr. Calvert is a noted First Amendment scholar who has demonstrated a strong commitment to his students, his colleges, and the University of Florida,” said Dr. Joe Glover, Provost and Senior Vice President at Florida. “He is an active authority on freedom of expression, and no one is more effective at clearly, methodically, and unemotionally parsing the complexities of the First Amendment and its implications for higher education and the American democracy. He is one of the most exceptional professors at the university.”

To receive an SEC achievement award the faculty member must have achieved the rank of full professor; have a record of extraordinary teaching, particularly at the undergraduate level; and have a record of research that is recognized nationally and/or internationally. University winners will receive a $5,000 honorarium from the SEC and will become their campus nominee for the SEC Professor of the Year Award, which will be announced later this month.