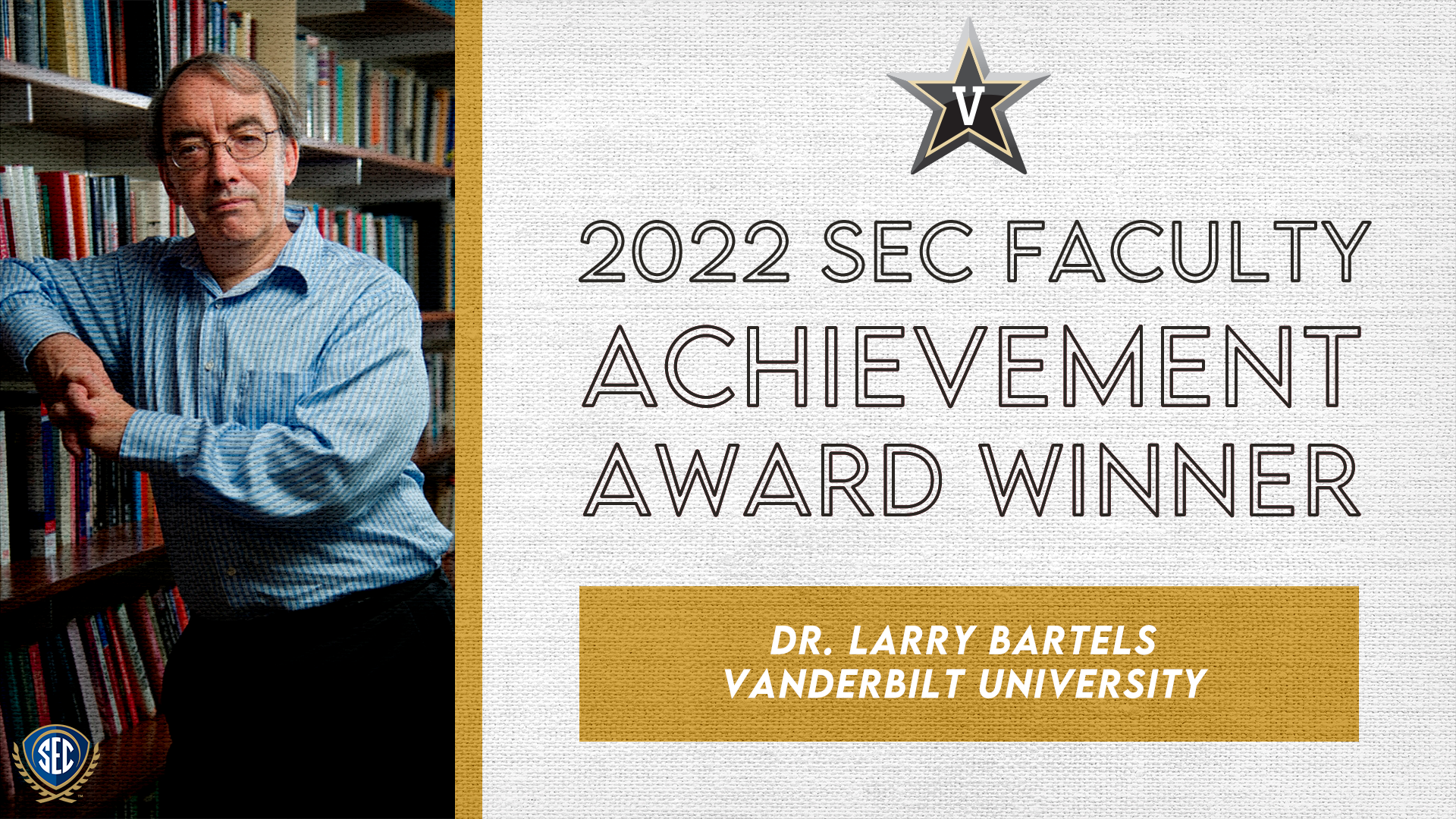 BIRMINGHAM, Ala. – Dr. Larry Bartels, Professor of Political Science in the College of Arts and Science, has been named winner of the 2022 SEC Faculty Achievement Award for Vanderbilt University, the SEC announced on Tuesday.

Dr. Bartels holds the May Werthan Shayne Endowed Chair in Public Policy and Social Science, and his research focuses on public opinion, electoral politics, public policy, and political representation. He has been supported by the National Science Foundation, Carnegie Corporation, the Guggenheim, MacArthur, and Russell Sage Foundations, and the Pew Charitable Trusts, among others. He is a member of the National Academy of Sciences and the American Philosophical Society. Dr. Bartels has published seven prominent books, more than 30 peer-reviewed journal articles and numerous chapters and essays, and he has presented his research globally to more than 100 academic and layperson audiences.

“Professor Bartels is one of the most influential political scientists in the world, and his research has helped to shape our collective understanding about the ways that voters in the United States and abroad respond to political information and engage with society,” said C. Cybele Raver, Provost and Vice Chancellor for Academic Affairs at Vanderbilt University. “Recognized for his ability to convey key insights regarding the efficacy of democracy to scholarly and nonacademic audiences alike, Professor Bartels continues to dedicate his life’s work to what is arguably one of the most vital issues of our time.”

To receive an SEC achievement award, the faculty member must have achieved the rank of full professor; have a record of extraordinary teaching, particularly at the undergraduate level; and have a record of research that is recognized nationally and/or internationally. University winners will receive a $5,000 honorarium from the SEC and will become their campus nominee for the SEC Professor of the Year Award, which will be announced later this month.