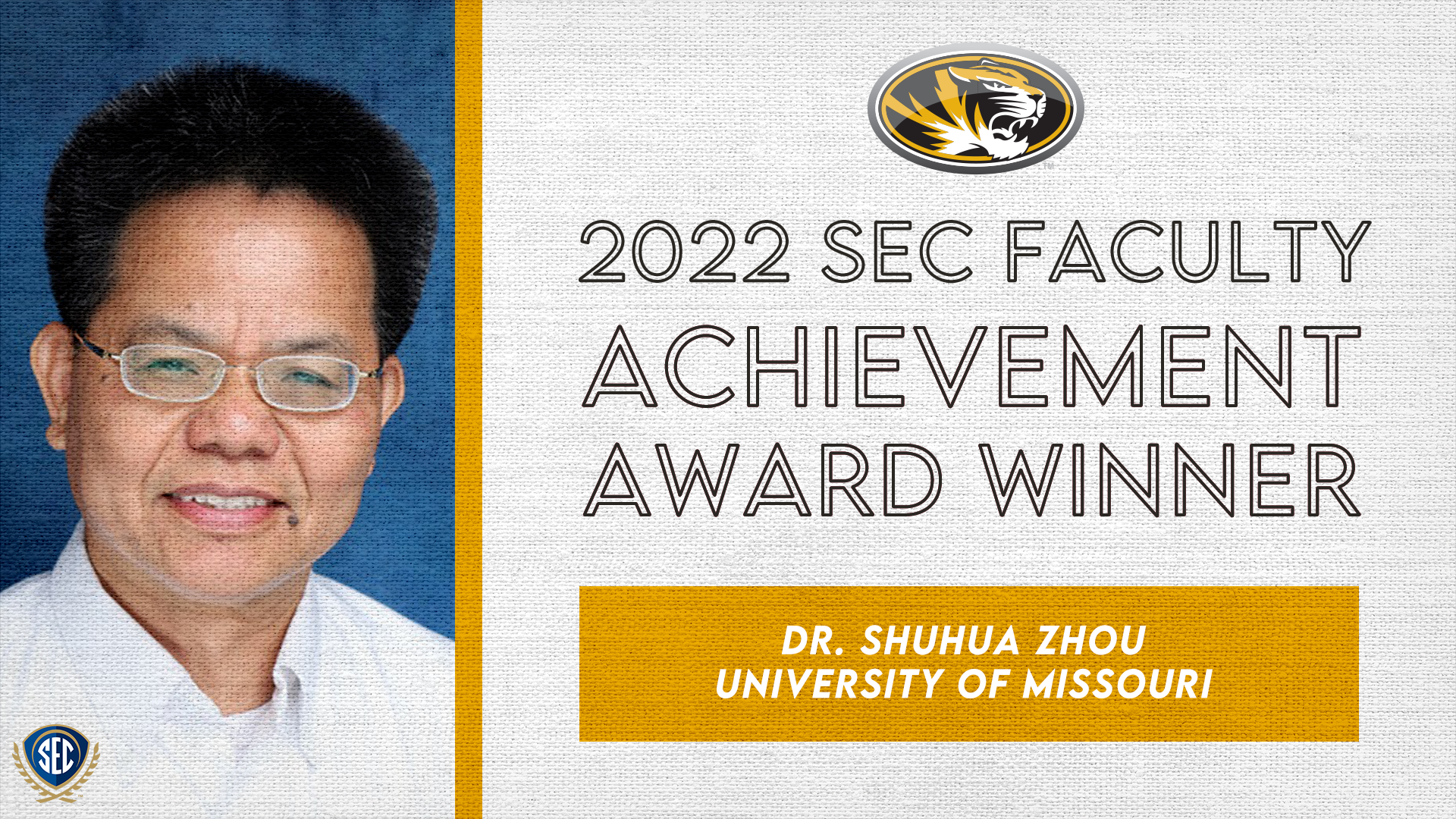 BIRMINGHAM, Ala. – Dr. Shuhua Zhou, the Leonard H. Goldenson Professor of Radio and Television in the School of Journalism, has been named winner of the 2022 SEC Faculty Achievement Award for the University of Missouri, the SEC announced on Friday.

Dr. Zhou’s research focuses on how people learn from television news, focusing on the basic processes of news cognition, which includes perception, attention, and memory, as well as individual and situational differences in cognition. He has published numerous articles in flagship publications such as Media Psychology, Communication Research, and Journalism and Mass Communication Quarterly, among others. He has co-authored three edited volumes, and he is editor in chief of the Journal of Broadcasting and Electronic Media. Dr. Zhou was recognized by the Guangdong TV Artists’ Association as one of the 100 Best TV Hosts for his work as anchor and director of the English News program at Guangdong TV Station in Guangzhou, P.R. China. He is a frequent speaker in many foreign universities, including a position as Senior Fellow at Nanyang Technological University in Singapore.

“The University of Missouri is internationally known for its School of Journalism, which is due to the activities and passion of faculty such as Dr. Zhou,” said Dr. Latha Ramchand, Provost and Executive Vice Chancellor at the University of Missouri. “Dr. Zhou is a prolific researcher in a fast-changing and critical area of inquiry considering the global challenges we currently face. His research activity, national and international reputation, and extensive professional service provide his students unique benefits that enrich their education and future professional work.”

To receive an SEC achievement award, the faculty member must have achieved the rank of full professor; have a record of extraordinary teaching, particularly at the undergraduate level; and have a record of research that is recognized nationally and/or internationally. University winners will receive a $5,000 honorarium from the SEC and will become their campus nominee for the SEC Professor of the Year Award, which will be announced later this month.