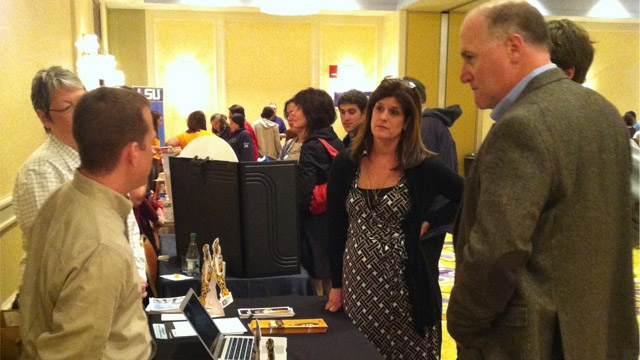 The 2014 SEC College Tour is set to make three stops in southern California, April 22-25. The tour, in its sixth year, will make stops in Santa Monica, Irvine and San Diego with the goal of introducing Southeastern Conference universities to local high school students, parents and counselors.

As part of SECU, the academic initiative of the Southeastern Conference, the College Tour aims to advance the merit and academic reputation of conference universities in a region of the country that is not geographically near SEC campuses. Previous tour stops have included Chicago, Seattle and Stamford, Conn.

“The purpose of the SEC College Tour is to get the word out about the schools in the Southeastern Conference because people know us athletically, but we have really phenomenal academic programs,” said Stephen Barnett, Associate Director of Admissions at the University of Kentucky. “It is a chance for us to showcase our universities to areas that may not be as familiar with what we offer academically.”

Recruiters from SEC universities will be able to meet with high school students and parents during a college fair event in the evening. The next morning, high school counselors will receive brief presentations from each university.

Below is a list of the dates and locations for the 2014 SEC College Tour.