SEC Commissioner, Professor of the Year to Speak at SEC Symposium 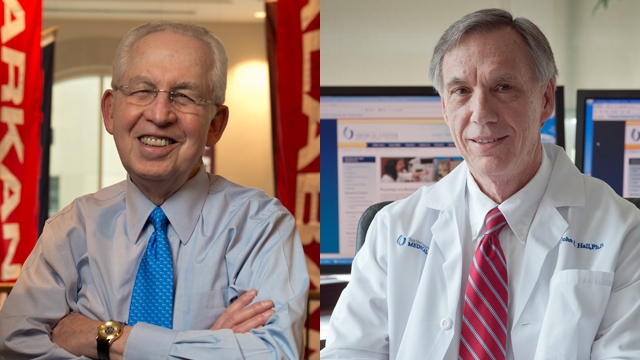 SEC Commissioner Mike Slive and 2014 SEC Professor of the Year Dr. John Hall will speak on the opening day of the 2014 SEC Symposium

Southeastern Conference Commissioner Mike Slive and 2014 SEC Professor of the Year Dr. John E. Hall of Ole Miss will speak on the opening day of the second annual SEC Symposium, to be held September 21-23 at the Hyatt Regency Atlanta.

Designed to address a significant scholarly issue by utilizing the range of disciplinary strengths of the SEC’s 14 member universities, the 2014 SEC Symposium is entitled Prevention of Obesity: Overcoming a 21st Century Public Health Challenge and is led by the University of South Carolina.

“The addition of Commissioner Slive and Dr. Hall to the SEC Symposium program is an important step in our growth,” said Torie Johnson, Executive Director of the SECU Academic Initiative. “Commissioner Slive had the vision for SECU more than decade ago, and his support has made it possible for the SEC to recognize outstanding faculty like Dr. Hall.”

Slive, named the seventh commissioner of the SEC in July 2002, has overseen perhaps the greatest era of success since the league was founded in 1933, while helping shape the landscape of intercollegiate athletics as a leader in higher education.

“Most of the attention given to the SEC is about athletics and we want to have a component of the Conference that has an academic focus,” Slive said. “We see the Symposium as a forum for the exchange of ideas that are significant to the nation.”

“Obesity is the greatest challenge to our health care system, particularly in the Southeast,” Hall said. “It is a major risk factor for cancer, liver disease and many other diseases.”

The keynote speakers for the 2014 SEC Symposium, as previously announced, are Nancy Brown, Chief Executive Officer of the American Heart Association, and Dr. Michael Lauer, Director of the Division of Cardiovascular Sciences at the National Heart, Lung, and Blood Institute.