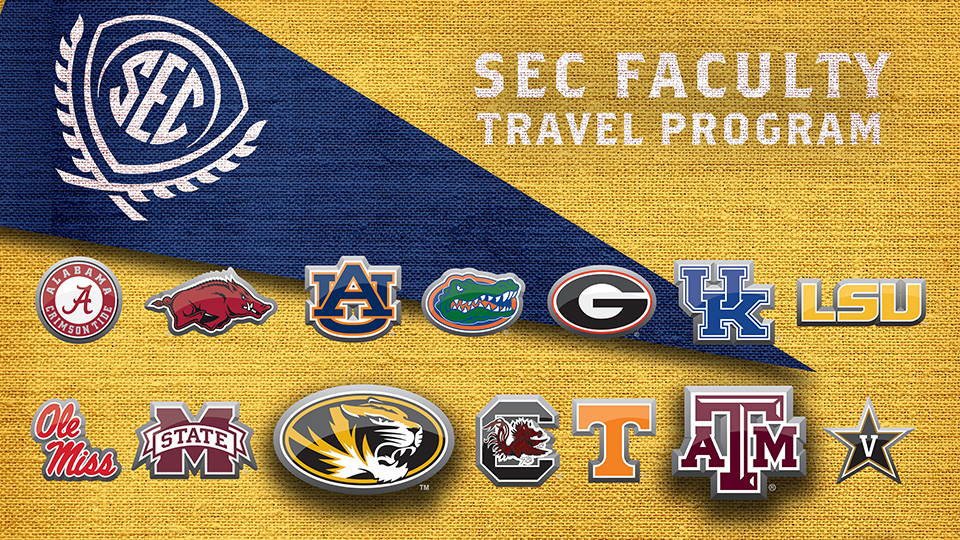 Dr. Kramer’s and Dr. Mize’s visit was supported by the SEC Faculty Travel Program, which is administered by SECU, the academic initiative of the Southeastern Conference.

For centuries, humans have uncovered pieces of literature, art and other relics from the past and strived to understand their meaning. Whether translating the artifact through research or simply from stories passed down from generation to generation, our curiosity pushes us to comprehend history in a familiar context.

On a recent SEC Faculty Travel Program visit, Dr. Johanna Kramer, Associate Professor of English at the University of Missouri, collaborated with Dr. Britt Mize, Associate Professor and Associate Head of the Department of English at Texas A&M University, to edit, translate and add commentary to the full contents of the Vercelli Book, a 10th century Christian devotional manuscript written in the Old English language.

“The Vercelli Book contains some of the most well-known homilies and poems ever written in Old English, which was used from around 500 A.D. to 1100 A.D.,” said Dr. Kramer. “And although the homilies and poems have been edited separately, the complete manuscript has never been translated in a single publication.”

According to Dr. Kramer, the complete contents of the Vercelli Book, which was discovered in Italy in the 19th century, have never appeared between two covers in any form other than photographic facsimile.

“The week-long visit was instrumental because we were able to spread out several drafts and dissect them line by line,” said Dr. Mize. “This allowed us to ensure our decisions on editing and translating the content were compatible.”

In addition to meeting about the manuscript during her visit to College Station, Dr. Kramer gave a workshop to Texas A&M graduate students and faculty members on early medieval homilies and preaching.

Dr. Kramer and Dr. Mize both characterize the effort as a long-term project that will require several more meetings like the one at Texas A&M.

“The next step is to polish the text we went over and make presentable samples,” said Dr. Kramer. “We would like to send out a book proposal to publishers later this year so we can gather some feedback on our progress.”

Dr. Kramer’s and Dr. Mize’s visit was supported by the SEC Faculty Travel Program, which is administered by SECU, the academic initiative of the Southeastern Conference. The SEC supports and promotes the academic endeavors of the students and faculty at its 14 member institutions.