SEC Grants Membership to Oklahoma and Texas Starting in 2025 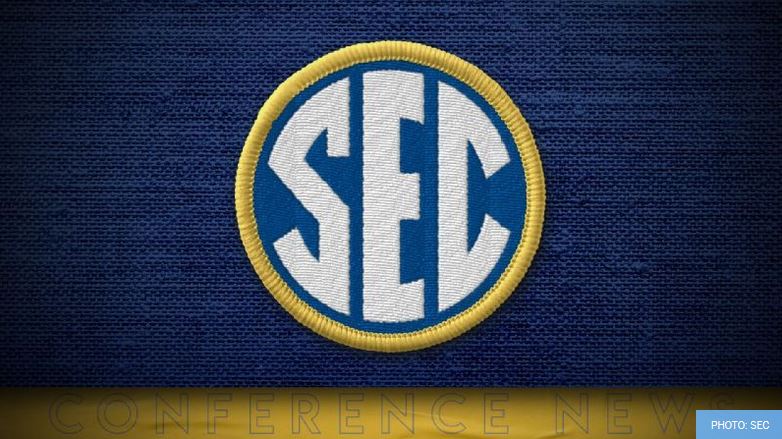 BIRMINGHAM, Alabama (July 30, 2021) – The Southeastern Conference today announced that the University of Oklahoma and the University of Texas will become members effective July 1, 2025, with competition to begin in all sports for the 2025-26 academic year.

The addition of Oklahoma and Texas will bring the number of SEC members to 16 beginning July 1, 2025. Alabama, Auburn, Florida, Georgia, Kentucky, LSU, Mississippi, Mississippi State, Tennessee and Vanderbilt have been members since the formation of the SEC in 1933. The Conference has twice previously expanded, adding Arkansas and South Carolina in 1991, followed by Missouri and Texas A&M in 2012.

Oklahoma and Texas submitted requests for invitations for membership to the SEC on Tuesday. The Conference’s Presidents and Chancellors voted during a meeting conducted by videoconference on Thursday to extend invitations to the two universities. Both universities’ Boards of Regents officially accepted the invitations during meetings conducted on Friday morning.

“This is an important moment for the long-term future of the Southeastern Conference and our member universities,” said SEC Commissioner Greg Sankey. “Oklahoma and Texas are outstanding academic institutions with two strong athletics programs, which will add to the SEC’s national prominence. Their additions will further enhance the already rich academic, athletic and cultural legacies that have been cultivated throughout the years by our existing 14 members. We look forward to the Sooners and Longhorns competing in our Conference starting in the 2025-26 academic year.”

Notably, the University of Texas will be the fifth institution in the SEC to hold membership in the prestigious Association of American Universities, joining Florida, Missouri, Texas A&M and Vanderbilt.

“The Southeastern Conference’s dedication to the success of our member institutions – and our members’ commitment to one another – has produced a sustained level of excellence unrivaled throughout college sports,” Sankey added. “It is the unity and collaboration of our institutions that makes the SEC special, and Wednesday’s decision of the Texas A&M Board of Regents to approve a vote supportive of Conference membership for their long-time in-state rival is an example of the overall culture of this Conference. I appreciate the opportunity for our Conference to move forward with a spirit of unanimity.”

The University of Oklahoma, founded in 1890 and located in Norman, supports a student population of approximately 28,000, including the Health Sciences Center in Oklahoma City and a Tulsa campus. The university offers 170 majors. In athletics, Oklahoma has won 39 national team championships dating back to its first in wrestling in 1936. Its first women’s team national title came in softball in 2000.

The University of Texas, founded in 1883 and located in Austin, supports approximately 51,000 students across 18 colleges and schools. In athletics, Texas has won 58 national team championships dating back to its first in baseball in 1949. Its first women’s team national title came in swimming & diving in 1981.