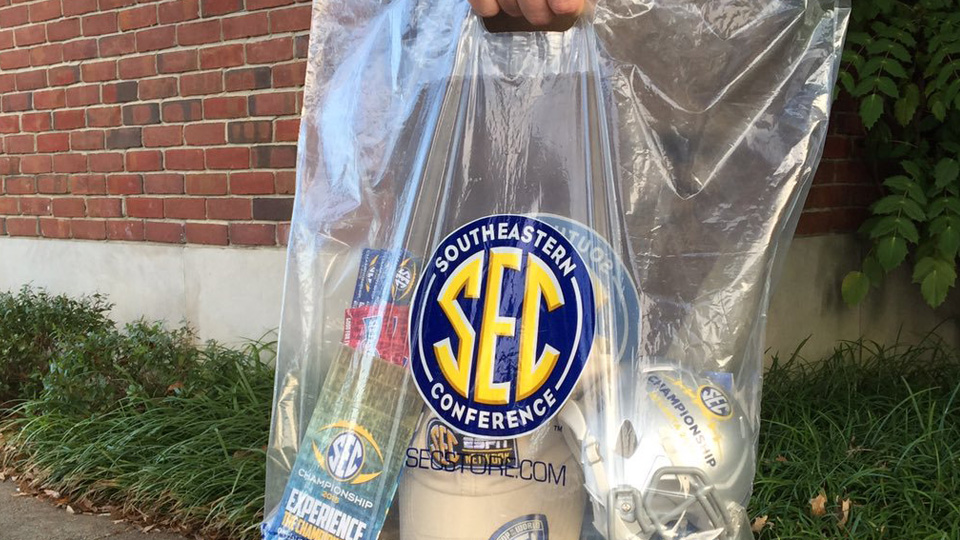 The SEC strongly encourages fans not to bring any type of bags to the championship weekend events, but bags must be clear or otherwise a small clutch bag to be allowed into either the championship game or SEC FanFare.

Fans attending the 2016 SEC Football Championship Game in Atlanta on December 3 will be asked to enter with clear bags and should be prepared to arrive early and to see enhanced law enforcement presence in and around the Georgia Dome, the Conference office has announced.

Enhanced security measures will also be in place at the Dr Pepper SEC FanFare event in the Georgia World Congress Center, Dec. 2-3.

The SEC strongly encourages fans not to bring any type of bags to the championship weekend events, but bags must be clear or otherwise a small clutch bag to be allowed into either the championship game or SEC FanFare.  Bags will be monitored at a secondary security perimeter set up around the Georgia Dome and Georgia World Congress Center and increased law enforcement presence and K-9 patrols will be prevalent throughout the area.

Gates of the Georgia Dome will open at 1:30 p.m. on the day of the championship game to accommodate early arriving fans.

Bags must satisfy the guidelines below in order to be taken into SEC FanFare and the Georgia Dome:

Prohibited items include, but are not limited to: purses larger than a small clutch bag, coolers, briefcases, backpacks, fanny packs, cinch bags, seat cushions, luggage of any kind, computer bags and camera bags or any bag larger than the permissible size (12” x 6” x 12”).

Items that are typically carried in diaper or baby bags must be carried in a clear bag that meets the standards of the bag policy.

Bag Exchange Stations will be found in the following locations:

Fans may still bring items such as binoculars and cameras, provided they are not in cases, as well as smart phones into SEC FanFare and the Georgia Dome.

Working personnel, including media, will continue to enter the Georgia Dome through designated gates where they will be subject to screening and bag inspections already in effect for the SEC Championship Game.

The SEC is encouraging fans to arrive early and leave any unnecessary items at home or in their cars. Fans who bring any bag into the Georgia Dome or SEC FanFare should anticipate being delayed for search and bag exchange.  Fans not in the gate queue by 3:15 pm on game day should not expect to see kickoff of the game.