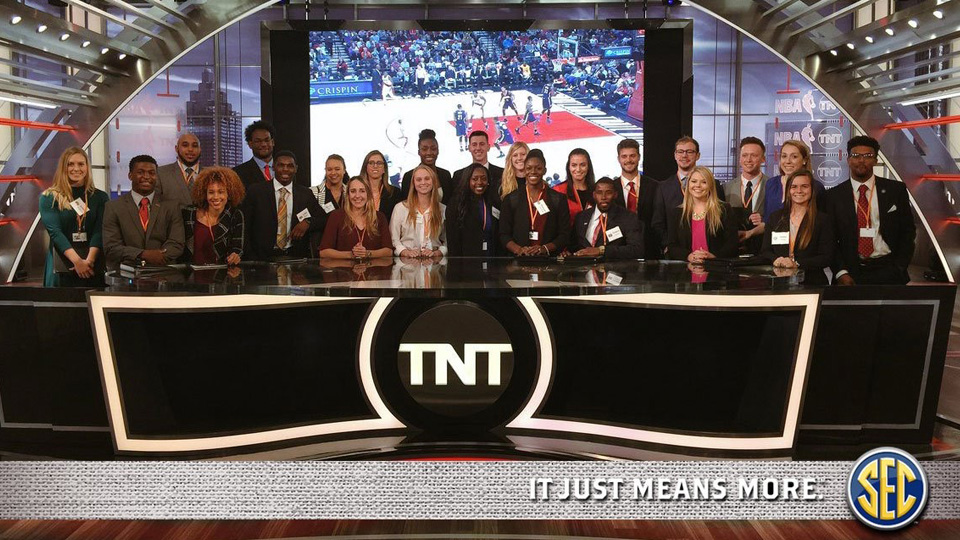 SEC student-athletes pose for a picture during the 2016 SEC Career Tour in Atlanta.

The group is scheduled to visit the headquarters and meet with executives and talent acquisition staff at several corporations in the Atlanta area including CNN/Turner Broadcasting System, Mercedes-Benz Corporate, the Atlanta Braves organization and Delta Airlines.

Also included on the agenda is a dinner with SEC Commissioner Greg Sankey, presentations from former SEC student-athletes Josh Foliart and Beatriz Travalon, an outing at Top Golf, and a visit with children at the Boys & Girls Club of America. The goal of the career tour is to provide exposure for SEC student-athletes who are seeking career opportunities in various fields.