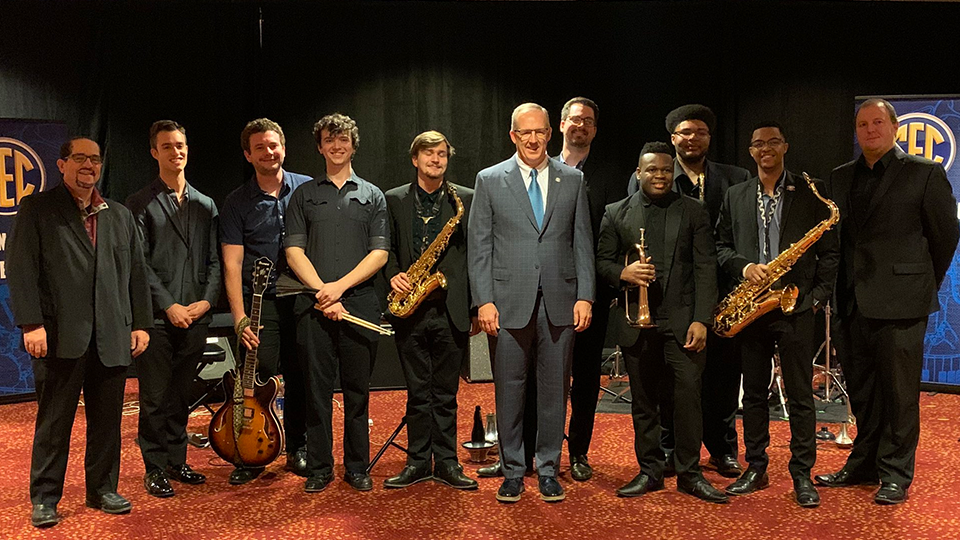 The group performed for an audience of approximately 700 during the SEC Legends Dinner, and on Friday they welcomed approximately 30,000 fans to either the SEC Pregame Hospitality Party or Dr Pepper SEC Fanfare at the Georgia World Congress Center on Saturday.

“Performing with other incredibly talented musicians from across the SEC was not only gratifying but also a learning experience,” said Shumpert. “Mr. Osland and Dr. Griffith were also great, and being able to get feedback from professors from other schools is invaluable in my progress as a musician.”

These students were selected by their universities to participate in the unique group, and they had two hours to rehearse before the first show, which was during the SEC Legends Dinner reception.

The SEC Student Music Ensemble first performed during the 2015 SEC Symposium in Atlanta, and SEC Commissioner Greg Sankey asked that a group be invited to join in the festivities tied to the Conference’s football championship game, also in Atlanta.

“The performing arts are an important component of the educational experience, and we are pleased to provide a showcase for these students and the SEC universities they represent,” said Sankey. “The SEC is uniquely positioned to feature these talented young people, and the student music ensemble is another example of our commitment to higher education.”

Plans are already underway for the 2020 ensemble as several universities, alongside Dr. Griffith, will start to identify students soon.