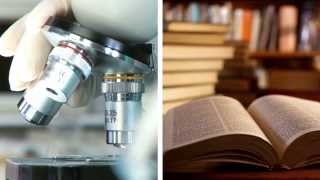 In 2005, after lengthy discussions between SEC and SEC member university administrators about forming a collaborative higher education endeavor, the SEC Academic Consortium (SECAC) was established. It would be housed at the University of Arkansas, and hoped to become a model for effective academic partnering among research universities.

After operating for five years to that end, in 2010 the SEC Presidents and Chancellors evaluated the SECAC and agreed to several changes, most notably relocating the entire operation to SEC headquarters in Birmingham, Alabama. One year later, SECAC was renamed SECU and the vision was reframed to include a more direct relationship with the Conference office.

This transition made the Southeastern Conference the first major athletic league to actively support an academic-based effort that is unrelated to intercollegiate athletics.

Through SECU, the SEC sponsors, supports and promotes collaborative higher education programs and activities involving administrators, faculty and students at its member universities. The SEC also provides additional opportunities for SEC university administrators and faculty to collaborate and for SEC students to study abroad.