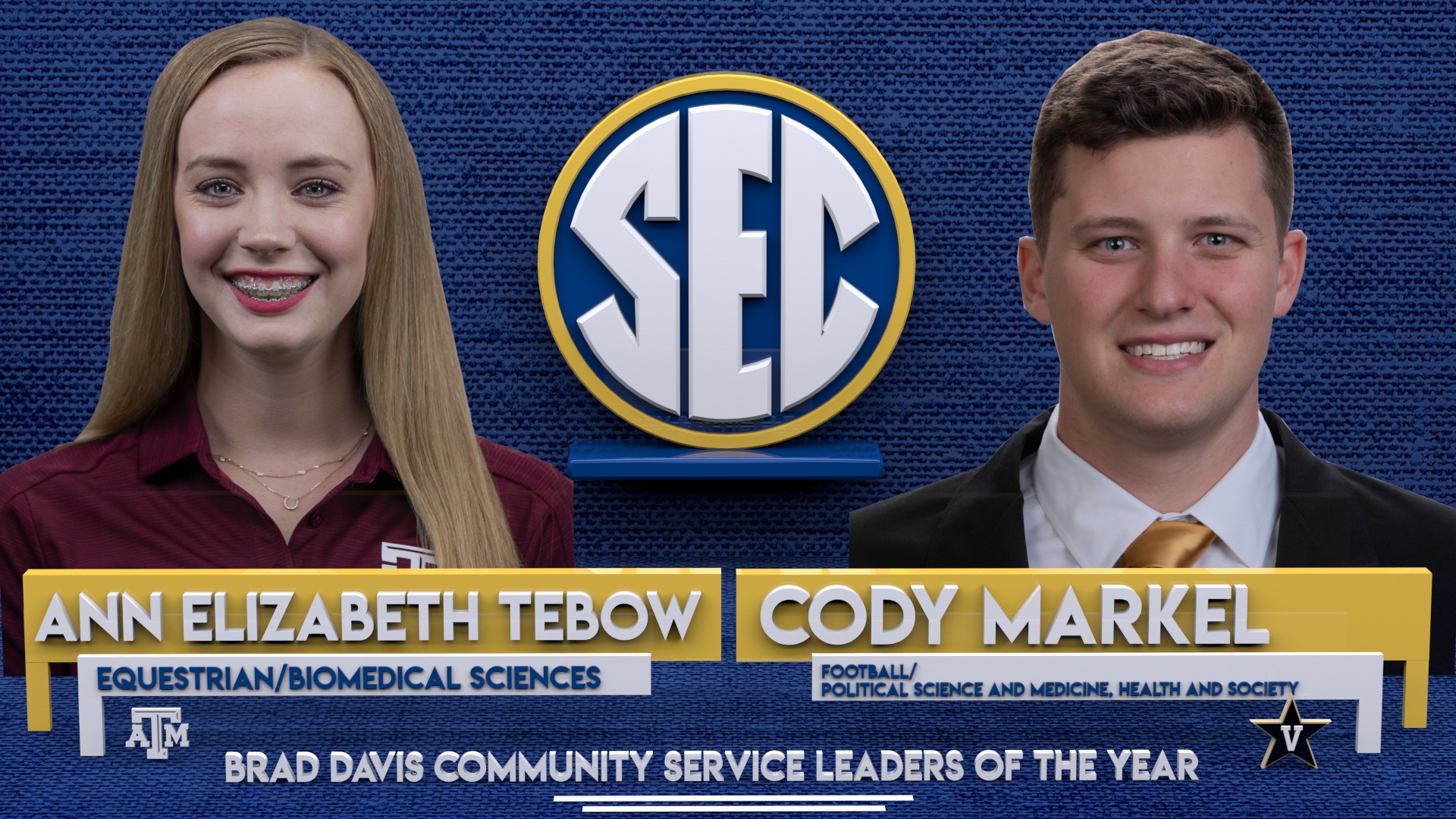 Tebow and Markel were chosen by a committee of Faculty Athletics Representatives from SEC universities. Each will receive a $10,000 post-graduate scholarship, provided by the SEC.

“Ann Elizabeth and Cody epitomize the complete SEC student-athlete experience by making the world a better place with their dedication to their communities and the classroom,” said Sankey. “They are a direct reflection of the well-rounded college experience across the SEC. I congratulate them, their families and the universities they represent on this prestigious recognition.”

The SEC Community Service Post-Graduate Scholarship is named for former Associate Commissioner Brad Davis. Davis succumbed to cancer on March 2, 2006. He had been a member of the SEC staff since 1988, first serving as an assistant commissioner until 1994 when he was promoted to associate commissioner.

In addition, the recipients of the Brad Davis SEC Community Service Award from the other Conference schools will receive a $5,000 scholarship, provided by the SEC.

The SEC Community Service Post-Graduate Scholarship was first presented in 1996. Past Leaders of the Year include: