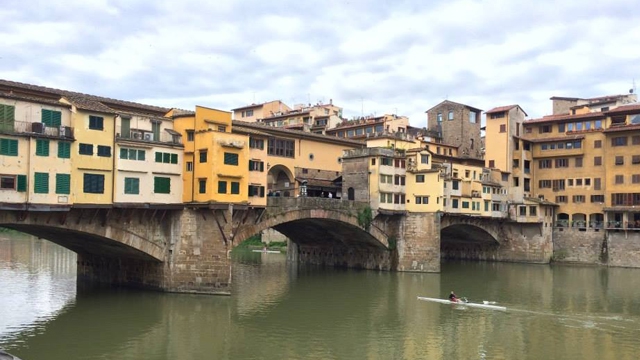 SEC engineering students have the opportunity to study at the Politecnico di Torino every spring semester.

One student who took part in the program was Caylin Bursch, a senior at the University of Tennessee, who studied mechanical engineering at the Politecnico di Torino. Bursch shared her experience with SECU, the conference’s academic initiative, following her semester in Italy.

SECU: What sparked your interest in taking part in the exchange program?

Caylin Bursch: “I have wanted to study abroad since I started college, but being able to work this into my class schedule was difficult. This program allowed me to take engineering classes that are not offered at Tennessee and it worked perfectly into my graduation plan. I was also very excited that the program took place in Italy because it is a country that has always interested me.”

SECU: What were your expectations going into this experience?

Caylin Bursch: “My expectations were to meet new people, experience a new culture and be exposed to a different learning style.”

SECU: How was the reception from students and faculty once you arrived on campus in Italy?

Caylin Bursch: “The students and faculty were very friendly and helpful when I arrived on campus, which made the transition easier. There were a large number of exchange students at Politecnico di Torino so the school made sure we were informed and able to adjust to being in a new country and at a new school.”

SECU: What was your experience like in the classroom working with students and faculty?

Caylin Bursch: “The classes in Italy are longer, which allows for more lecture time as well as time to work on practice problems, which I enjoyed. However, there was less interaction with the students and faculty due to no homework, projects, or tests throughout the semester, which is harder.”

SECU: What was your favorite part of university life in Italy?

Caylin Bursch: “My favorite part of university life in Italy was living in university housing with other Italian students. This was a great way to meet new people, and it allowed me to experience Italian culture since I was surrounded by it.”

SECU: Did you get to experience any sporting events in Italy?

Caylin Bursch: “I went to a Juventus soccer game, which was a lot of fun. The Juventus stadium is located in Torino. Most people in Italy love soccer so the atmosphere at the game was awesome.”

SECU: What is your most memorable experience you will take with you?

Caylin Bursch: “The most memorable experience of studying abroad was all the traveling I was able to do. With everything in Europe being so close, it makes traveling to different countries very easy. I got to see a lot of different cities in Italy as well as the United Kingdom, France, and Spain. If I had not studied abroad in Europe, I probably would not have been able to see so many different places.”

SECU: What is some advice you would give to the American students who will study in Italy this 2015 spring semester?

Caylin Bursch: “I would say it is important to be open to new opportunities and to keep an open mind while abroad. Also, you should travel earlier in the semester rather than later because at the end of the semester, you will have finals and less free time.”