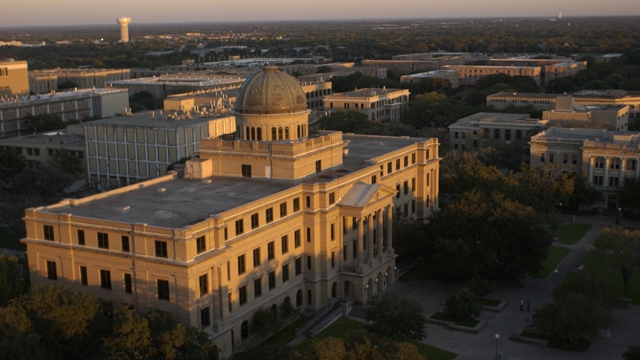 BIRMINGHAM, Ala. – Texas A&M University has been named the winner of the first SEC Academic Collaboration Award the league office announced Tuesday.

In its first year, the SEC Academic Collaboration Award is intended to expand student-focused collaboration among SEC universities. The grant will be awarded annually to one SEC institution, as determined by the SEC Provosts, to support joint activities involving all other SEC universities. The program was modeled after the SEC MBA Case Competition, which allows graduate level business school students to showcase their skills by solving simulated, real-world problems that cover the spectrum of business disciplines.

“I’m extremely excited about the new SEC Academic Collaboration Award,” said Dr. G. David Gearhart, Vice President of the SEC and Chancellor of the University of Arkansas. “This award will make it much easier for our universities to collaborate on problems of common interest to our students. Texas A&M deserves congratulations on its winning proposal, and I look forward to seeing the outcome of the inaugural effort.”

Texas A&M’s proposal is entitled Advocating for Change in Scholarly Communication: A Collaboration Between Student Governments and the Libraries of the SEC. It calls for a two-day workshop focused on raising the profile of research produced by SEC universities through the use of high quality, openly licensed textbooks.

“We are very pleased and honored to be the recipients of the first SEC Academic Collaboration Award,” said Karan Watson, Provost and Executive Vice President for Academic Affairs at Texas A&M. “Our campus libraries offer so much and we want our students to take advantage of these great resources as they pursue their degrees.”

The workshop is tentatively scheduled for Feb. 6-8, 2015, in College Station.

The SEC Academic Collaboration Award is part of SECU, the academic initiative of the SEC. SECU serves as the primary mechanism through which the collaborative academic endeavors and achievements of SEC universities are promoted and advanced.