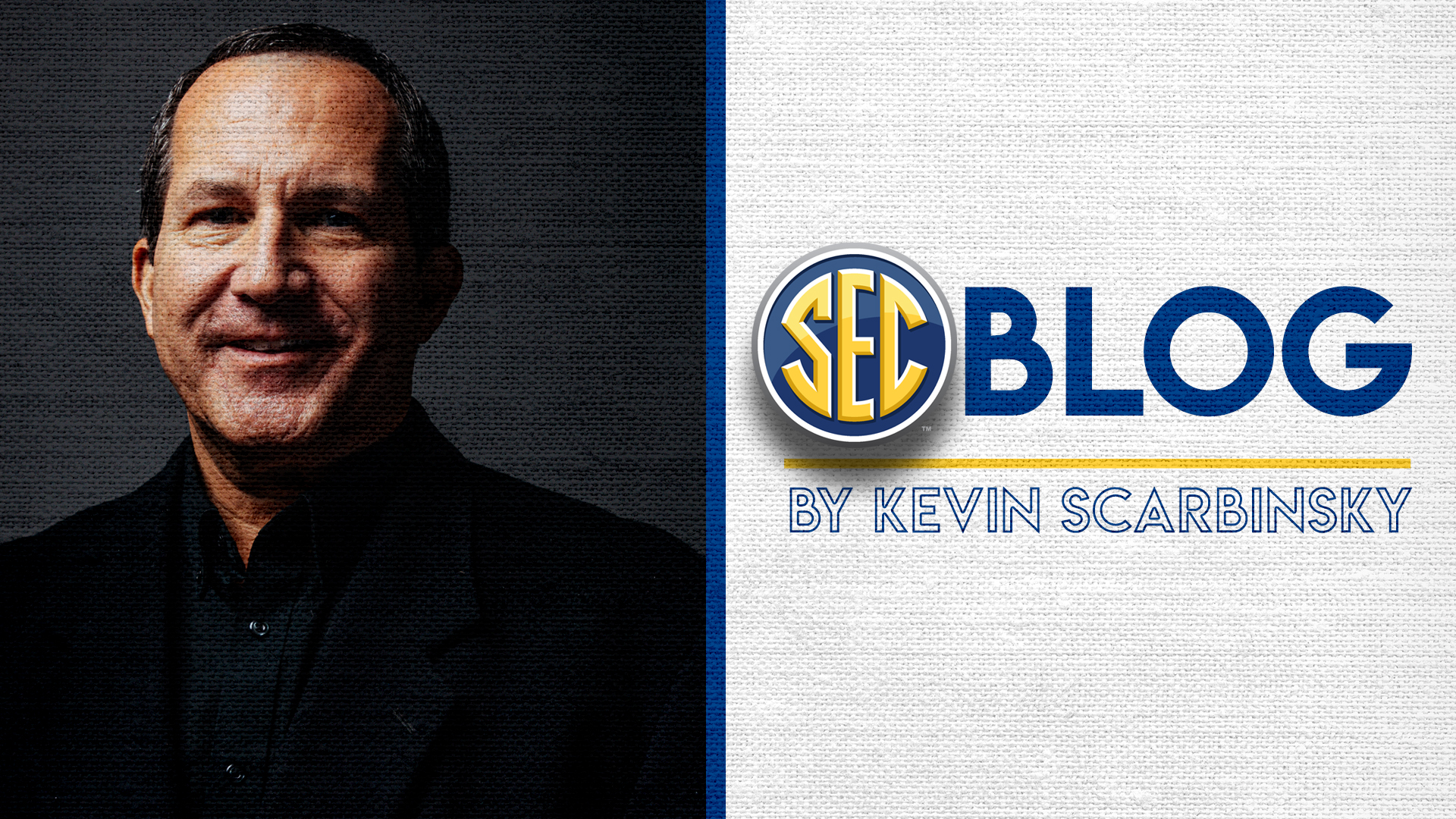 The next time you feel the urge to be cynical or skeptical about intercollegiate athletics, see Greg Sankey. See him on March 12, 2020, in Bridgestone Arena in Nashville on what was supposed to be the second day of the SEC Basketball Tournament.

See the Southeastern Conference commissioner, one of the most thoughtful, rational, composed leaders in the nation, choke up and almost break down.

Why? This was the day sports stopped.

Sankey wanted to convey the weight of the SEC’s difficult but necessary decision to cancel the rest of the tournament, which days later would become an even more consequential call. All regular-season conference and non-conference competitions for the rest of the 2019-2020 academic year also would be canceled because of the coronavirus pandemic.

No SEC Softball or Baseball Tournament. No football spring games or pro days. Eleven different conference championships in all. Not going to happen.

Sankey found perspective in the memory of the last time one of the SEC’s marquee events was rocked by a force beyond anyone’s imagination or control. He remembered the 2008 Men’s Basketball Tournament, blown off course by a tornado that hit and damaged the Georgia Dome during a game. That extraordinary week saw the event move to Georgia Tech’s on-campus arena. Attendance was restricted. Heavy underdog Georgia won two games in a single day en route to an unlikely and unforgettable title.

Sankey recalled seeing a Georgia player after the nets were cut, walking down a hallway, carrying the championship trophy, saying these words: “This is the best day of my life.”

And then the commissioner choked up. Almost broke down. Didn’t/couldn’t say another word for six painful seconds. It had to be one of the worst days of his life. He was far from alone, and the difficult days were just beginning. At the heart of why he and so many others do what they do is to provide opportunities for young men and women to live their best days.

“I have felt the responsibility to give another team that opportunity,” he said, his voice shaking before regaining command. “But the greater responsibility is the health and the information that’s come about. That’s to say, this is important.”

It’s easy to criticize leaders who have to face crises, imagined and unimagined, not of their making, who then are led to make decisions to no one’s liking. Shutting down an annual celebration like an SEC Tournament involves so much more than losing revenue for the conference, its member institutions and the many outside employees and businesses who truly need the work.

Come Sunday, Sankey took to Twitter to provide more perspective on “a circumstance where many things in our world feel uncertain.”

“We take very seriously every decision made related to coronavirus/COVID-19,” he wrote. “We all care about sports, but we care more deeply about the people involved in our sports. For them, I can only imagine the shock, disappointment, anger and frustration that comes from learning your season, your championship, your opportunity to be with your team and your desire to pursue your passion have been disrupted.”

Auburn senior forward Anfernee McLemore captured those feelings in one poignant Instagram post, a picture of him sitting on the basketball floor, staring at the floor, arms hugging his knees. It was a stirring image of distraught disbelief.

No one with an ounce of perspective would suggest that what will be lost by putting a stop to sports is worth the risk of what could be lost if the virus were to spread from an arena crowd into the general population, from players to opponents to grandparents. But if the arena has been your home, your haven for any reason, you understand how much this hurts.

Sports gets us through. You can argue it shouldn’t, but it does, particularly so for everyone who cares about the SEC. It may not matter in the larger scheme of things, but There goes Davis. It isn’t bigger than life, but life is better when you Look at the sugar falling out of the sky!

Until now, and now what? Beyond keeping the faith, holding our families close, socially distancing, washing our hands and praying for wise counsel from our leaders inside and outside the sports world, what now?

Until March 12, 2020, sports was undefeated. You couldn’t stop it. You couldn’t even hope to contain it. And then one of the most thoughtful, rational, composed individuals in the arena sat behind a microphone and almost lost it. Because even though games will be played and memories made again, this time is filled with lost moments that would’ve been among the best days of our lives.

But this time also is filled with messages of hope. The Georgia athletics department released an inspiring video titled “A Greater Mission,” offering common-sense advice to combat the current crisis while reassuring us that “when this is all over, we’ll be here.”

We understand. Sports had to stop. But as soon as it’s safe, sports has to return. Without it, it’s never been more clear that it just means more.