There can only be 1: SEC Student Pitch Competition 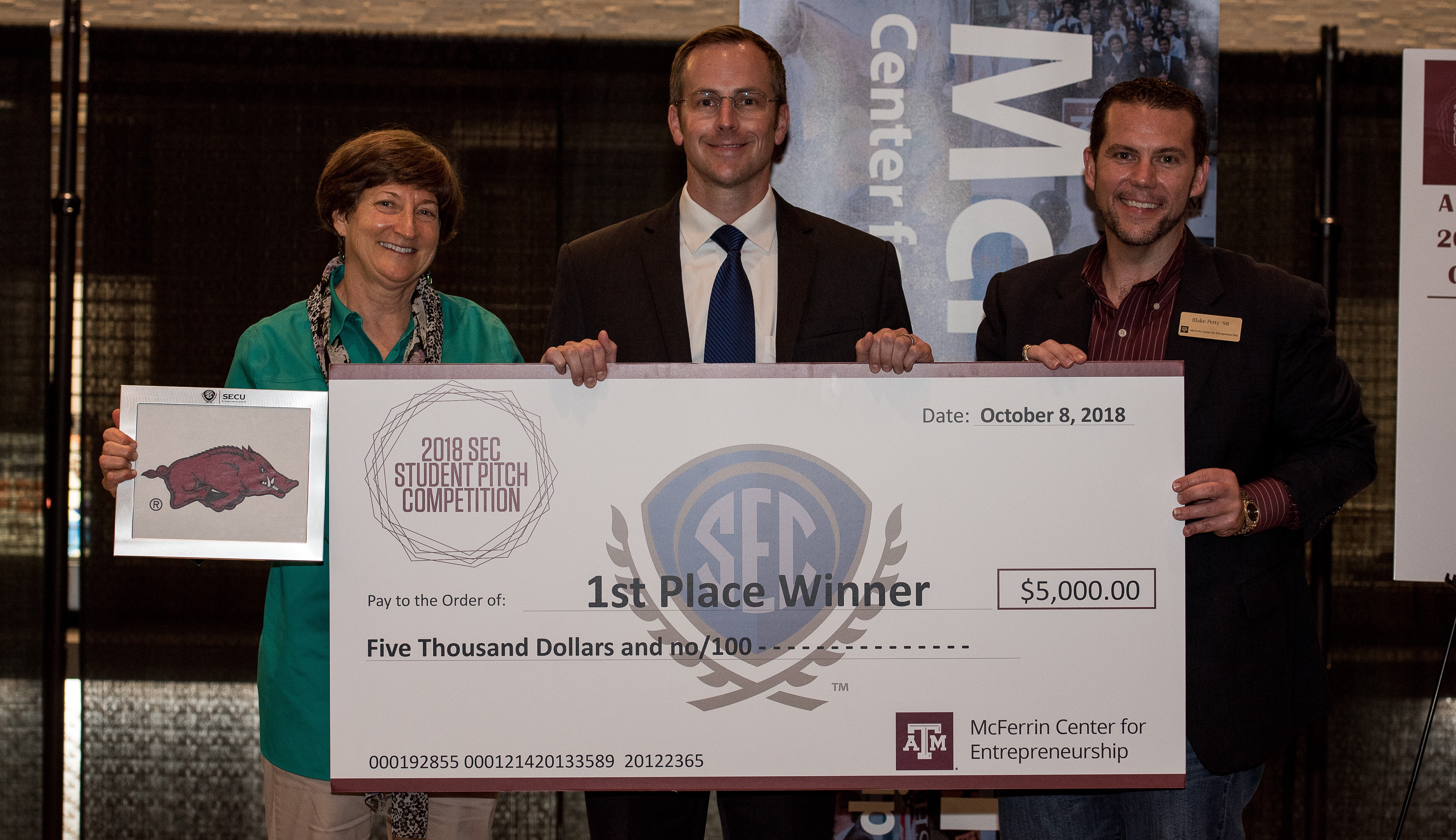 Competition is no stranger in the SEC. Whether it’s athletic or academic prowess, students at each university are driven by the desire to be recognized as “#1.” The 2018 SEC Student Pitch Competition boasted an unrivaled level of innovation, skill, and grit that could only be found in the Southeastern Conference.

This year’s competition was hosted at Texas A&M University by the McFerrin Center for Entrepreneurship.

On Sunday, Oct. 7, all competitors and their respective directors were invited to a private welcome reception. To kick off the evening, the group was led to a private room where they were greeted by Chef Mikeal Frey of the Texas A&M Hotel and Conference Center and given a short lesson on how to “make your own” guacamole. The students were then let loose for the first-ever “SEC Guac-Off.” Cross-conference teams were assigned to different tables and they each had 12 minutes to make their own avocado masterpiece. Afterward, the multiple judges and center directors attending the reception voted on their favorite recipe. This cleverly executed icebreaker helped to set the tone for the rest of the evening.

“We wanted to give the students a fun and uniquely Texan opportunity to get to know each other as colleagues versus competitors,” commented Blake Petty, director of the McFerrin Center for Entrepreneurship. “Being a student entrepreneur can be difficult and lonely, and many can become isolated from their peers. We wanted them to understand they are not alone, that there are students all over the SEC pursuing similar passions.”

The SEC Student Pitch Competition was a day-long affair during which each SEC University Champion Team (one per university) presented in front of two preliminary round panels of three to five judges in parallel sessions. This ensured that all teams were seen by the same judges. The judges were all alumni of an SEC school to help keep the scoring as unbiased as possible. Teams were evaluated on the quality of their pitch and the viability of their business.

Final pitches from the three advancing teams were held at the All American North Club in Kyle Field, and open to the public. Local entrepreneurs, SEC alumni and family and friends braved a stormy evening to see if their team would be announced as a finalist. Blake Petty emceed the evening and held the crowd in suspense as he recapped the day. Finally, Petty announced that the finalist teams were Roo Storage from University of Missouri, Lapovations from University of Arkansas, and Navibās of University South Carolina. Teams were allowed 10 minutes for their pitch with five minutes of Q&A. Each pitch was remarkably well structured and involved the innovative use of existing technologies in a novel manner.

When asked what makes the SEC Student Pitch Competition unique, Petty said, “There are hundreds of business plan competitions at universities around the globe, just as there are hundreds of athletic events each week. What sets the SEC Student Pitch Competition apart is its convergence of athletic and academic competition, against the backdrop of entrepreneurship and innovative, real-world problem solving. Just as exciting as it is to see our favorite student-athlete make it into the pros, how exciting is it to see our fellow SEC student entrepreneurs competing to make a real difference in tomorrow’s marketplace?”