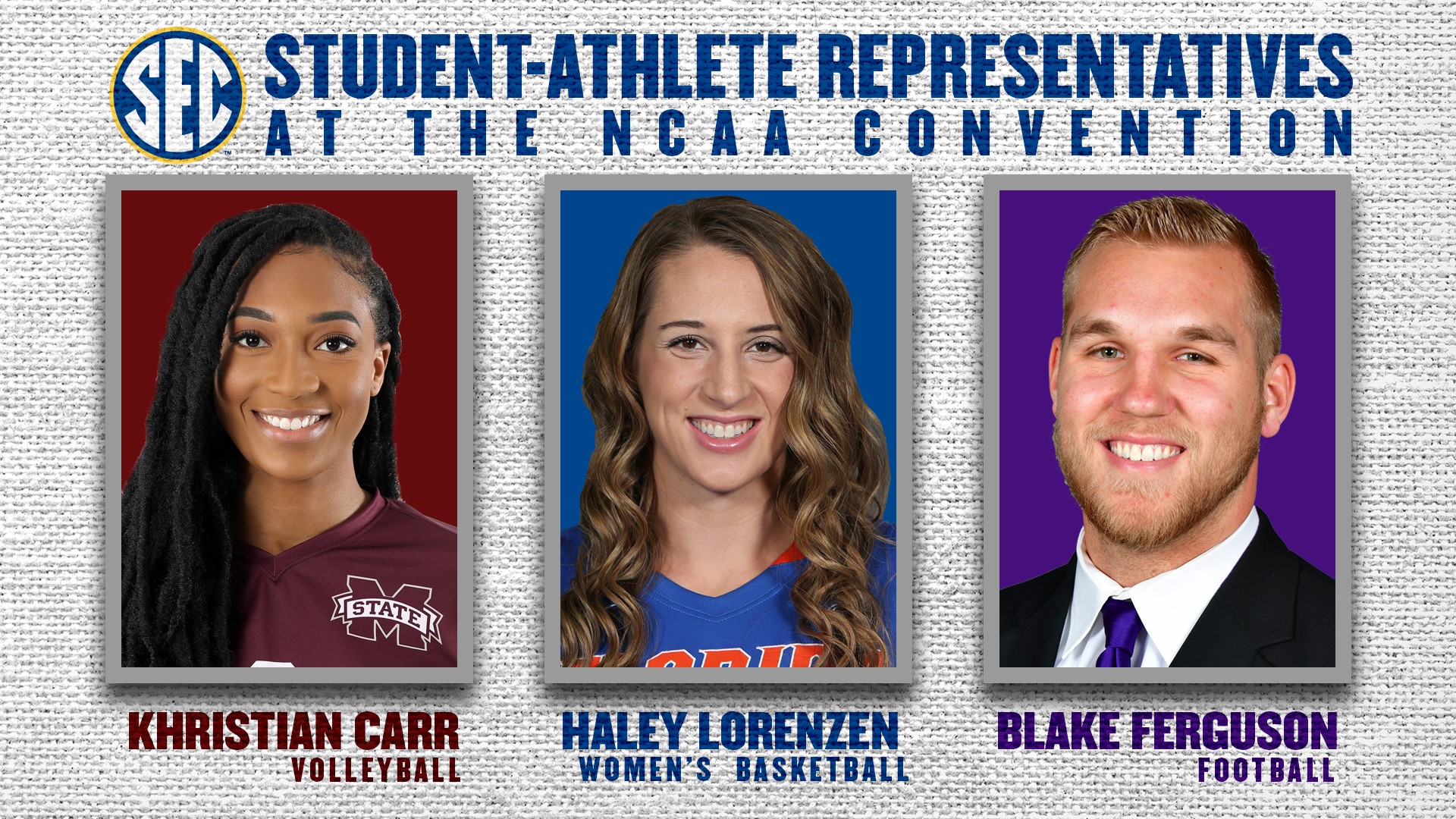 The three student-athletes will represent the SEC as part of the Autonomy Conferences’ (ACC, Big Ten, Big 12, Pac 12, SEC) efforts to engage and empower student-athletes by giving them both a voice and vote within a transparent decision-making process.

The autonomy governance model grants flexibility to schools in the Atlantic Coast, Big 12, Big Ten, Pac-12 and Southeastern conferences to change specified rules within Division I. The legislative process for these 65 schools includes three student-athlete representatives from each conference who will vote on rule changes. Voting on autonomy issues includes 15 total student-athletes (three from each of the Autonomy Conferences) who, collectively, will cast votes in greater number than four of the five Autonomy Conferences.

Carr, a senior last fall from Starkville, Miss., serves on the Mississippi State Student-Athlete Advisory Committee. She is a communications major with a concentration in broadcasting and a two-time member of the SEC Community Service Team. Carr played in 27 matches for the Bulldogs and drew seven starts in 2018. She recorded 147 kills and 23 blocks in her senior campaign.

Ferguson, from Buford, Ga., recently completed his third season as LSU’s long snapper. He serves as the Chair of the SEC Football Leadership Council and is a three-time member of the SEC Academic Honor Roll. Ferguson graduated in May 2018 with a bachelor’s degree in marketing and is currently pursuing a master’s degree in business administration. He was named winner of the 2018 David Binn Award, which recognizes the nation’s best long snapper.

Lorenzen, a senior last year from Iowa City, Iowa, served as Vice Chair of the 2017-18 SEC Women’s Basketball Leadership Council. She earned her bachelor’s degree in event management in August 2017 and her master’s degree in event management in May 2018. Lorenzen became the 25th Florida player to score 1,000 career points and the 10th to start 100 games during her career.

Carr, Ferguson and Lorenzen will vote on a total of 11 NCAA Autonomy proposals leading up to and during the NCAA Convention.