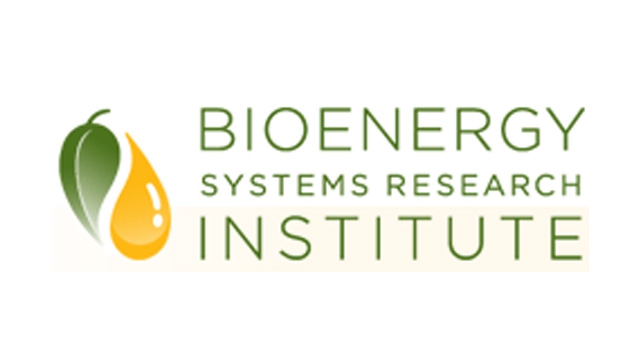 ATHENS, Ga. – Balancing the need to identify a long-term sustainable energy source with the challenge of finding an economically viable solution is an international issue that the University of Georgia is confronting head-on.

Established in January 2011, the University of Georgia’s Bioenergy Systems Research Institute (BSRI) provides a synergistic collaboration of the University’s history of success in the areas of agriculture, forestry, environmental science and engineering to find a long-term solution to creating a sustainable and economically viable bioenergy future.

“Right now, we depend on oil, natural gas and coal, all of which come out of the ground and have been around for millions of years,” said Dr. Robert Scott, Executive Director of BSRI and Associate Vice President for Research at the University of Georgia. “That involves taking carbon out of the ground and putting it into the atmosphere. We will eventually run out of those resources, though the stores are likely not in danger in my lifetime. It is not sustainable, so the world needs a replacement for that. Bioenergy is just one of the elements of the renewable energy portfolio and a solution for replacing the entire fossil fuel economy.”

The University of Georgia, primarily through the efforts of those individuals involved in BSRI, will serve as the lead institution for the inaugural Southeastern Conference Symposium, titled “Impact of the Southeast in the World’s Renewable Energy Future,” which is scheduled to take place Feb. 10-12, 2013, at the Hyatt Regency Atlanta.

“Dr. Robert Scott has provided tremendous support of the SEC Symposium through BSRI,” said Torie Johnson, Executive Director of SECU. “Following his example, everyone has been eager to help organize our inaugural event in a way that not only highlights UGA, but that highlights the entire SEC membership. I appreciate their work in the bioenergy area and their willingness to translate it into a substantive program for the SEC Symposium.”

The event will feature a wide variety of presentations from faculty representing each of the 14 SEC member institutions, an SEC university showcase, poster exhibitions and a reception with the SEC Presidents, Chancellors and Provosts.

“We found out about the idea of an academic conference pretty early on,” Scott said. “To the leadership in our institute, it was obvious that this topic resonated with most of the SEC institutions. We have collaborated with many of them already. It made sense to put in what, at the time, was strictly a bioenergy proposal for the conference.”

A revised version of BSRI’s proposal was recommended by the Provosts of the SEC schools to be the topic for the inaugural event, and later approved by the SEC’s Presidents and Chancellors.

“When the proposal was accepted, the Provosts came back and said it was very timely and an issue of national and international importance, but that they would like to see it broadened beyond bioenergy to other forms of renewable energy,” Scott said. “We will cover all of the various potential renewable energy portfolio with an emphasis on bioenergy, which is very applicable in the Southeast region of the United States.”

That the nature of renewable energy fit so well with the SEC’s geographic footprint, made it an attractive and relevant topic for the upcoming Symposium.

“In the Southeast there is, in particular, a lot of biomass – plant material – such as pine trees and switch grass, all of which make the Southeast a place where bioenergy makes more sense as a renewable energy source than say wind energy or solar energy,” Scott said. “The institute was formed to take advantage of the region and the expertise on campus in plant sciences, agriculture, forestry and the engineering side of conversion technology.”

BSRI’s interdisciplinary approach has been one of the main reasons for the institute’s early success. The idea, says Scott, is to combine the expertise of individuals from a number of different academic areas to identify a holistic solution through research efforts.

“It’s a young institute and we’re still feeling our way,” Scott said. “We’re mainly a research center but have significant education and outreach. Each of our faculty has their own research groups with students. What we’ve accomplished so far, in my view, is finally getting people from multiple disciplines around the same table to learn what everyone else is doing and start collaborating on significant projects. There is a pretty wide variety of disciplines necessary for this area.”

Scott understands the challenges that face bioenergy, especially the economic component: How can bioenergy become a cost-competitive alternative to fossil fuels?

“To be honest, bioenergy is not there yet,” Scott said. “It is not economically viable for us to take non-food plant material, such as agriculture residues or specifically grown energy crops, and convert those feedstocks into some sort of fuel. We have a specific set of priorities to take particular feedstocks that are important to our state – pine trees, for example – and develop the technology to turn the wood from pine trees into drop-in fuels. There is a combination of basic and applied research both with the development of technology in the lab and the application of that technology out in the field.”

BSRI’s leadership and members see the partnerships with the bioenergy industry and other academic institutions as critical to furthering its research objectives and the development of a renewable energy future.

“The institute is very interested in collaborative opportunities with all constituents, not only academic partnerships, but especially partnerships with new industries in the bioenergy space, and also reaching out to state and federal governments to keep them abreast of what the UGA and Georgia can do in the renewable energy area,” Scott said. “We are willing to talk with anyone about any ideas.”

More than anything, Scott is committed to maintaining BSRI’s standing as a credible information source in the discipline of bioenergy. “We view the institute as an honest information broker,” he said. “There’s a lot of information out there not only about bioenergy, but all of renewable energy, and some of it is a little hyperbolic. We’re not there yet because we don’t have an economical way of doing this. We do have enough experts across the entire spectrum of bioenergy research that we either know the answers or know who does when real-life questions arise. One of our major jobs is to act as a communication and information source in this area.” More information about the University of Georgia’s BSRI may be found online at: http://bioenergy.ovpr.uga.edu.

Information about the inaugural SEC Symposium is available online at: www.SECSymposium.com.