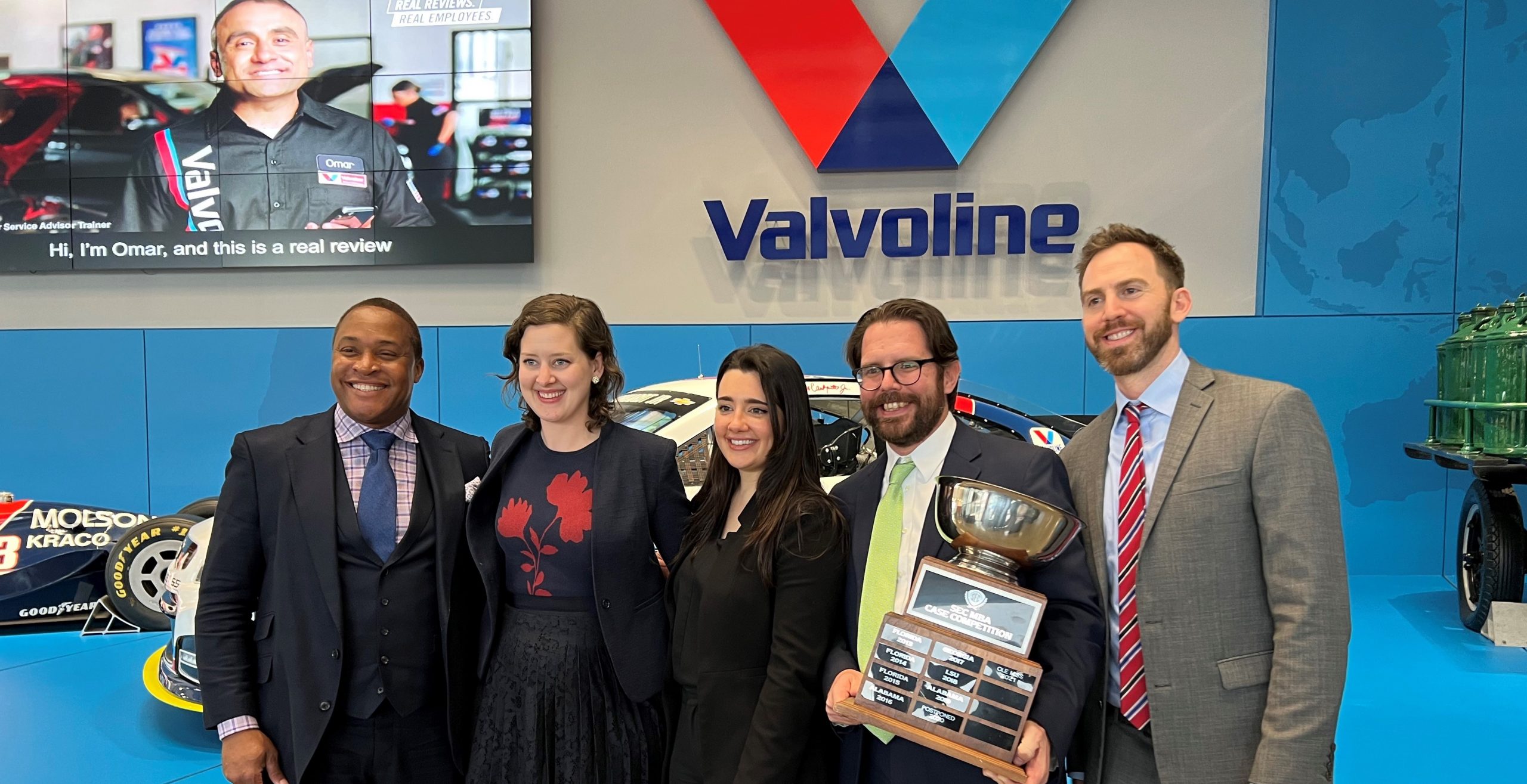 Birmingham, Ala. – The University of Tennessee won first place in the 9th SEC MBA Case Competition, hosted by the Gatton College of Business and Economics at the University of Kentucky. The winning team was comprised of Gregg Hammond, Lauren McNamara, Joe Moulden, and Lauren Porter. Dr. Randy Bradley advises the Tennessee team, which captured its first ever SEC competition championship with a case provided by Valvoline, Inc.

“We worked a long time for this, and it was fun to be a part of a team since we have different strengths and backgrounds; and none of us could have done this on our own,” Moulden said. “It is a lot of work, but there is nothing else like it that I have been a part of so far, and meeting people has really been a highlight. It might be the easiest place to network because it just feels like catching up.”

The first in-person SEC competition in three years spanned three days, April 7-9, and it began with the four-person teams being randomly drawn into four divisions on Thursday evening. On Friday morning, Valvoline CEO Sam Mitchell welcomed participants, and Leslie Noel, Director of Consumer Services, presented a real-world challenge to the students. Teams had approximately 24 hours to outline an approach to the challenge while also organizing a related presentation.

Senior executives from Valvoline made up both the preliminary and final round judging panels, and they were tasked with considering each presentation, identifying four teams to advance to the finals, and ultimately ranking the final four teams on Saturday afternoon.

Although team advisors were not able to communicate with their students after the case was presented, they did observe the presentations, and were able to offer support and suggestions for improvement after the competition concluded.

“A huge credit goes to our advisor, Dr. Bradley,” McNamara said. “He has prepared us with prompt after prompt and gave us great frameworks to analyze any business problem. We felt very prepared and confident going into this competition.”

Dr. Bradley added, “When our name was called, I was extremely excited and happy for the team because I know all of the hard work they put in to come together and bond as one cohesive unit. It was sheer exhilaration.”

For the overall competition, Vanderbilt University finished second, followed by Auburn University and the University of Alabama.

The SEC MBA Case Competition began in 2013 and provides a high-level experiential learning opportunity for SEC business schools to showcase their students’ skills at solving simulated or real-world problems. The 2023 competition is scheduled to be held at the University of Georgia.

A full list of winners from the 2022 SEC MBA Case Competition is below.